Vape shop owners are giving input on how the law would come together. The proposed legislation would limit the sale of flavored e-cigarettes in Lucas County. 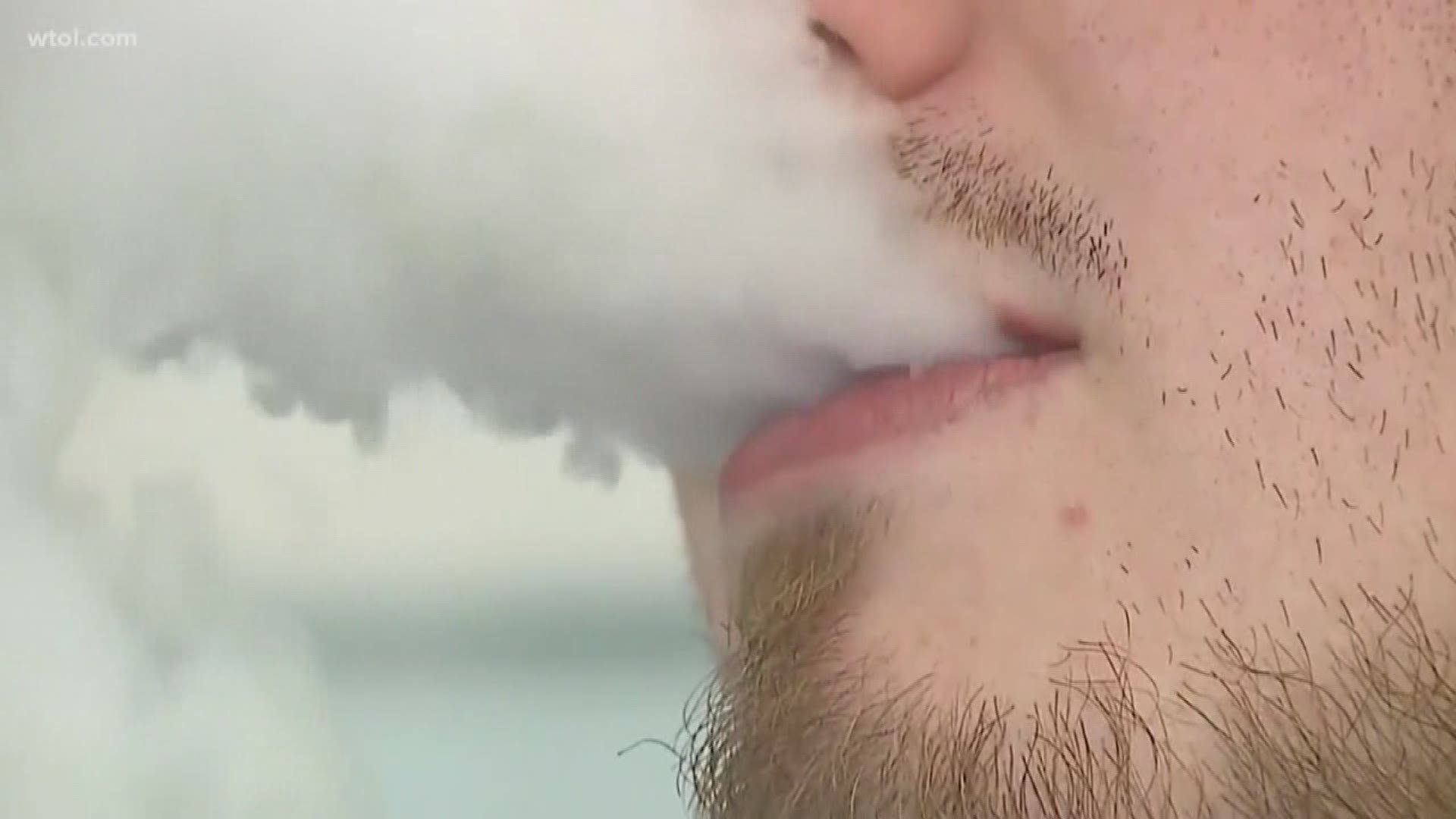 TOLEDO, Ohio — A ban on flavored vapes is one step closer to becoming a reality in Lucas County. On Wednesday, in a surprising turn of events, it was the vape shop owners helping shape how this legislation will be formed.

Toledo City Council member Larry Sykes spoke with local vape shop owners and health department officials about the best way to shape this legislation, which would ban the sale of flavored e-cigarettes.

"I got them to tell me, OK, what do you want me to do to make this legal? And we've drafted and re-drafted, and now I think we have a viable plan that we can put together," Sykes said.

When this legislation was first introduced last month, there was a large concern surrounding how this would affect local vape shops and those trying to quit smoking.

Many shop owners indicate kids who are vaping are buying e-cigarettes off the black market or at gas stations. Sykes says the legislation would provide vape shops with a special license they would have to earn.

"Vape shop have various steps. Whereas the various retail stores sell Juuls, and those Juuls have created various problems and those are the ones the kids can change and put any type of product in there," Sykes said.

Vape shop owners said they are incredibly pleased with the way Sykes is allowing them to have a say in how this ban will be implemented.

"It's always been our goal and our commitment to sell to adults only. We've never sold to children. We use these products to quit smoking ourselves, that's why we believe in them so much," said Bradley Everett of Nice Cloud Vapors in Toledo.

If the ban is implemented, Lucas County would be the first Ohio county to have this type of ban. Sykes said plans to form the final draft of this legislation as soon as possible, as his goal is to have the ban in place by Jan. 1.

RELATED: Clearing the Air: Is Juul to blame for the nation's vaping epidemic?