He was a friend of Gov. Mike DeWine, & his son is currently Chairman of the Lucas County GOP. 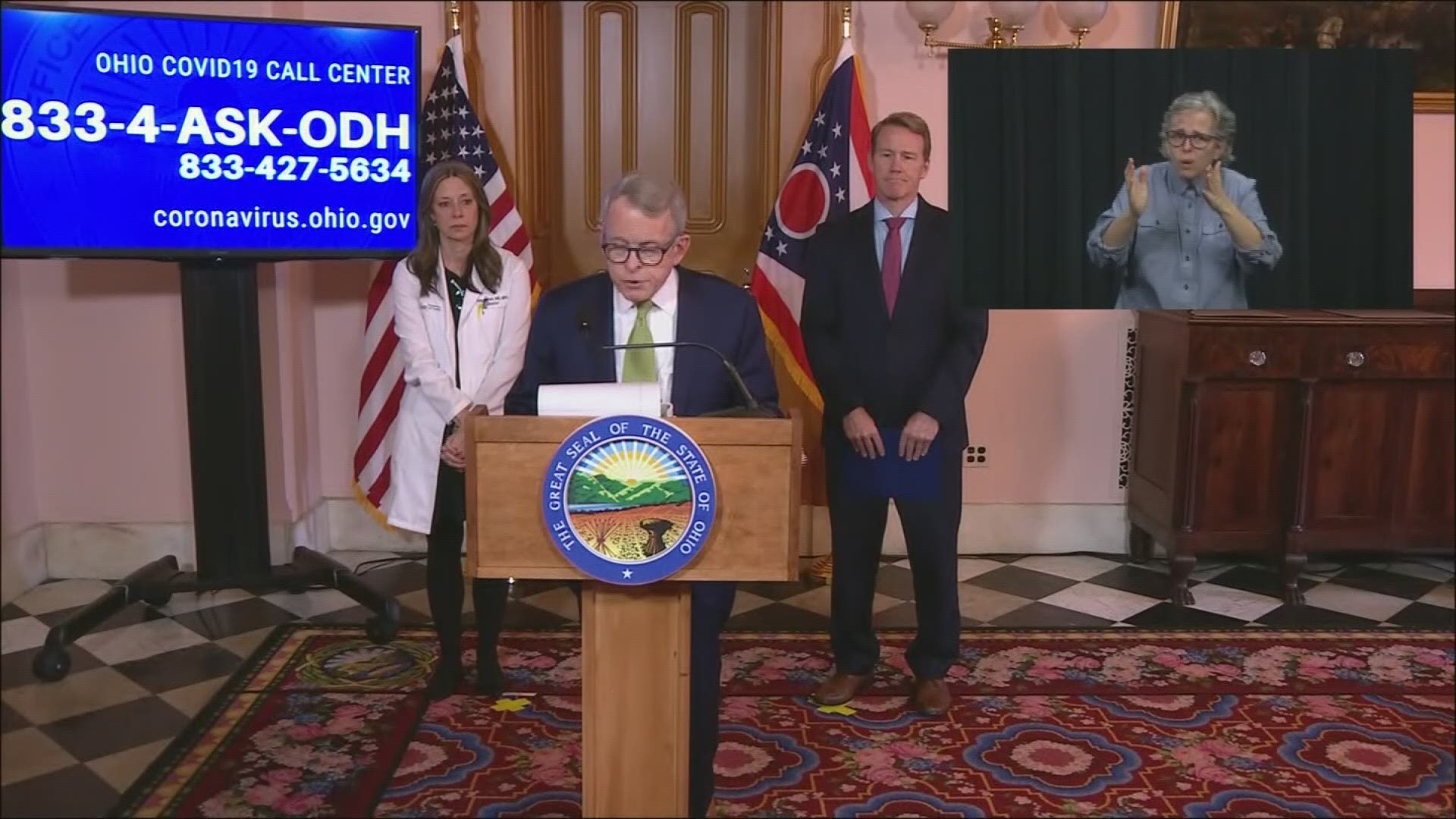 TOLEDO, Ohio — Officials have announced the first death due to the coronavirus (COVID-19) in Ohio.

Ohio Gov. Mike DeWine confirmed Friday that the patient was 76-year-old Mark "Mick" Wagoner Sr., who died Wednesday in Maumee. Wagoner was a prominent Toledo area attorney and was active in local Republican politics, and his son Mark Jr. is currently the Chairman of the Lucas County GOP. DeWine was a friend of the elder Wagoner, and on Friday offered his condolences while also quoting scripture, particularly Psalm 23.

"It may feel like the Valley of Death in Ohio right now," the governor said. "But the sun will rise again. It will be spring again."

Mark Jr. posted about his father's death Thursday, telling the public the coronavirus test results had come back "presumptive positive." Those results were confirmed today:

"We’re heartbroken but take comfort in the 76 years he had. What a life. Our Dad gave his all for his family, his community, his clients, and his colleagues. He had a boundless ability to love and always looked for the best in everyone he met. And he was funny, always quick with a joke and a reminder to never take ourselves too seriously."

Wagoner is survived by his wife Jo, three children, and seven grandchildren. The Lucas County Health Department provided an update on the situation at 4 p.m. this afternoon, with officials telling people to continue to practice social distancing and be in touch with doctors if they develop symptoms. Those who were near Wagoner during the last two weeks are also being contacted.

As of Friday, Ohio has found 169 positive coronavirus cases, 39 of which have required hospitalization. Those cases span 28 counties and an age range of 1 year old to 91 years old. The onset dates range from Feb. 7 to March 18.

RELATED: Job openings in Northeast Ohio during the coronavirus outbreak

RELATED: VERIFY: Families with students can get free home internet if they didn't have it before