He had apparently tested negative for the virus, but was insisting on a second test to make sure he was in fact okay.

WARREN, Ohio — A Warren man diagnosed with the coronavirus argued with hospital staff who wanted to discharge him Friday.

The encounter was recorded by Kevin Harris on his Facebook page. He tells the staff discharging him would “kill the miracle” that he didn’t infect others. But at the end, Harris screams for help before the video goes dark.

Harris, however, was insisting on a second test to confirm he was virus-free. That’s when the dispute with staff erupted.

"You’re throwing me out of the hospital because you’re satisfied," Harris said on the video. "This community does not need to see me out there regardless if they want to say I’m in isolation...

Harris' family tells 3News he is now back at home, but his elbow was dislocated and his phone broken from when he was removed. Mercy Health issued the following statement:

"While we can’t comment on specific patient cases due to our commitment towards patient privacy, Mercy Health’s discharge policy is a comprehensive process that ensures a patient meets all clinical requirements to continue recovery outside of an in-patient setting and considers their needs after a hospital stay.

"Part of this process includes the coordination of services such as transportation, home health, medical equipment, medications and more.

"For nearly 110 years, Mercy Health has been committed the safety, security and well-being of our patients and their families. The way we deliver health care in our Valley continues to evolve based on the needs of those we serve but remains rooted in our promise to build a healthier community, especially during this unprecedented time."

In the video, Harris claims he does not want to place the public in danger.

"You guys asked for this...I told you three days ago I wasn’t going anywhere.

"You’re scaring the death out of people and I haven’t tested negative. I don’t want to be in the hospital. I feel great but I also don’t want to put anybody in jeopardy."

Parts of the video have no sound. But later, Harris mentions his "miracle."

"How in the hell did I make it without infecting anybody? That’s a miracle and you’re going to kill the miracle by sending me home and putting people in panic because everybody’s going to swear I’m getting people sick.

"When the tests come back negative I will leave this hospital doing cartwheels until then arrest me and take me to county jail or whatever you’re going to do. But I’m not putting people in jeopardy so quit talking to me." 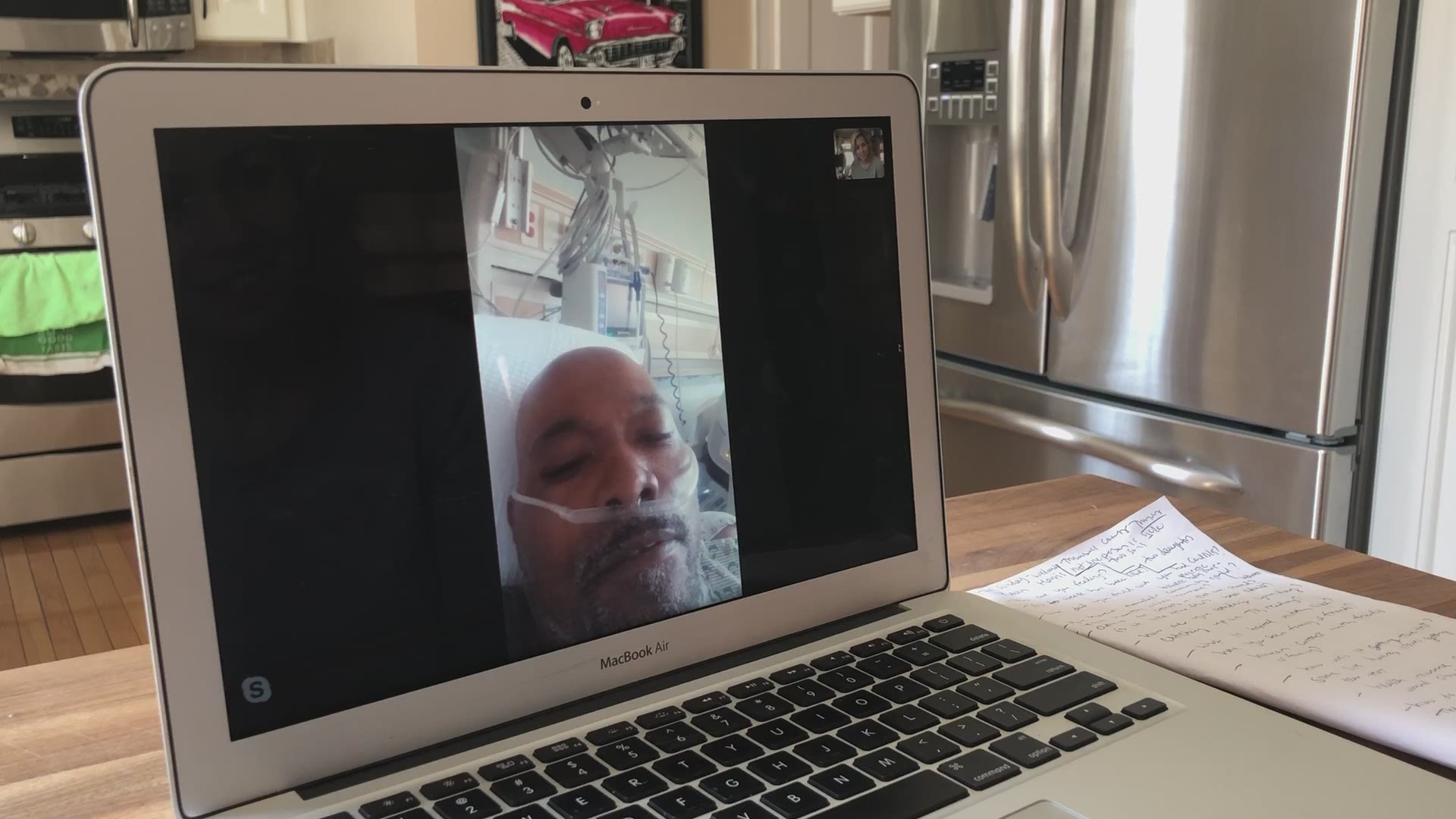 RELATED: Christmas light displays are back to spread joy while we're stuck at home