It's something Toledo Police Chief George Kral has been pushing for since firefighters and EMS were offered vaccines first. He says 20% of TPD has tested positive. 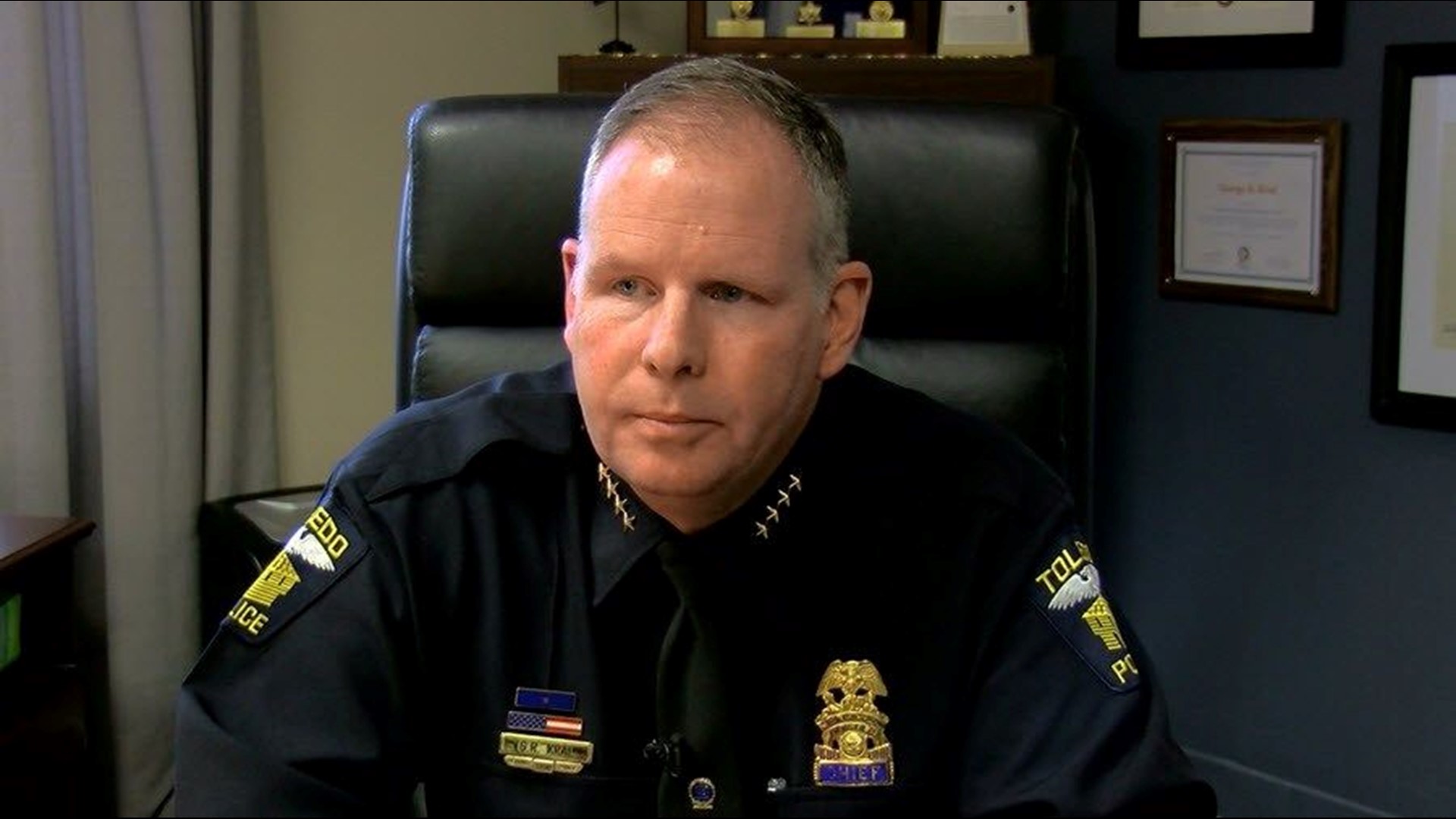 TOLEDO, Ohio — The state of Ohio is moving into its next phase of distribution of the COVID-19 vaccine on Thursday and law enforcement and corrections officers will be added to the list of eligibility.

It's something Toledo Police Chief George Kral has been pushing for since the vaccines were first offered to firefighters and EMS personnel. He wishes his officers could've been included on the list to receive the vaccine sooner, but he's happy to be included in Phase 1C.

Anyone at the department who wants the vaccine can sign up to get it.

Since the COVID-19 pandemic started in March 2020, Kral said 20% of TPD tested positive and he believes double that percentage may have been asymptomatic and didn't know it.

"One of the reasons that I was so vocal, other than keeping men and women I'm responsible for healthy, is we really don't know how many people we infected during all this," said Kral.

The department sent out a survey to its personnel in December asking if they would take the vaccine. The chief said 49% responded "Yes" and 51% responded "No."

"Seeing several months later that half-a-million Americans have lost their lives due to COVID-19, including several hundred police officers, I wouldn't be surprised at all if those officers who were once on the fence or dead set against [the vaccine] have changed their minds. At least, that's what I'm hoping for," Kral said.

Some TPD officers have already been vaccinated because of extra doses being available, although the chief couldn't say how many officers.

The chief received his vaccine through Mercy Health two weeks ago because they had extra doses.

The Toledo-Lucas County Health Department said members of law enforcement can start registering for appointments now and could start getting their shots as soon as Thursday.

The medical conditions that will qualify to receive the COVID-19 vaccine as of this coming Thursday include the following:

Additionally, the following occupations are also now eligible for the COVID-19 vaccine:

Additionally, Gov. Mike DeWine announced on Monday that the state will lower its age threshold for receiving the vaccine to 60 years old as of Thursday. Previously, only those who were 65 years or older, as well as those with qualifying medical conditions, have been eligible to receive the COVID-19 vaccine in Ohio. DeWine said last week that the state will be lowering its age threshold for the vaccine by five years when appropriate.

According to DeWine, Phase 1C will make approximately 246,000 new Ohioans eligible to receive the vaccine - the largest new group since the state began distributing the COVID-19 vaccine in late December. DeWine said on Monday that Ohio is set to receive 448,390 doses of the COVID-19 vaccine, including 96,100 doses of the Johnson & Johnson vaccine, which received emergency authorization from the FDA last week.