State leaders from across Georgia came together Thursday to try and address some of those fears. 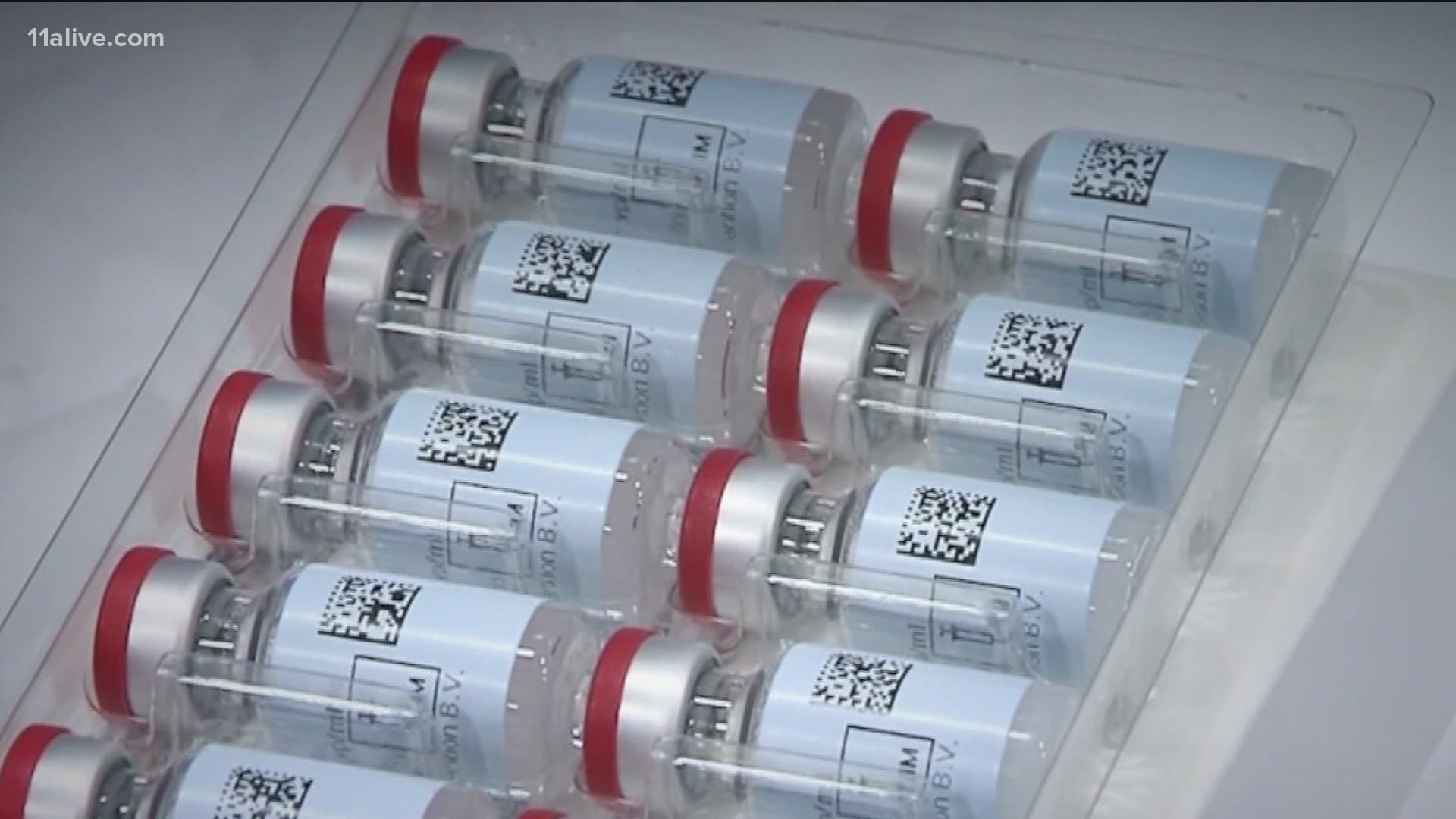 ATLANTA, Georgia — The pause in the Johnson and Johnson vaccine has created a lot of hesitancy in communities that were already reluctant to get vaccinated.

State leaders from across Georgia came together Thursday to try and address some of those fears.

Elected leaders spoke directly to people in the communities and shared personal stories.

"This time last year, I became the first confirmed case of COVID in Pulaski County. My wife insists that I don't have to be first at everything," Hawkinsville City Commissioner Shelly Berryhill said.

He said everyone in his small town tied teal ribbons around their mailboxes when he was fighting COVID-19.

"I was intubated for 19 days. A year ago, doctors were telling my wife I wouldn't survive the night. COVID was not understood. The doctors and nurses were guessing as to what to do. Vaccines were only wished here," he said.

Now that the vaccines are here, he said a lot of people in the community are wary of the shot.

Even though they saw him struggle, he said a lot of people he knows, do not want the government telling them they have to get vaccinated.

"We have to balance the valid safety concerns and the livelihood of our communities and those are tricky waters to navigate," he said.

Commissioner Berryhill partnered with Georgia Health Commissioner Kathleen Toomey Thursday to talk about the importance of vaccines in rural communities, where they've had a harder time getting people to sign up for shots.

"There's still a lot of misinformation and conspiracy theories. So I think the more we can get the accurate information out, the quicker we can get back to the Georgia we all want to have," Dr. Toomey said.

RELATED: Top Georgia health official encourages vaccinations with 'It's Worth a Shot' campaign

Berryhill hopes by telling his story, more people will be persuaded to sign up.

"I shouldn't be standing here today, the medical professionals had given up on me. But here I stand," he said.

Dr. Toomey said the state is also still struggling to vaccinate people of color in Georgia.

She also there's a higher rate of vaccine hesitancy in African American communities.

Local leaders are trying to change that.

"I understand the historic mistreatment of communities of color can make you hesitant. I understand that, I get that, I've been black all my life. Even skeptical of the COVID-19 vaccine," Union City Mayor Vince Williams said.

He said he wants to reassure people the vaccine is safe.

"I want you to know you can trust this process. I along with my family joined 70 million other Americans who trusted in the vaccine process and have already received both vaccines," he said.

Dr. Toomey said they're studying the very low rates of vaccinations in communities of color, particularly in South Georgia, and trying to figure out how to fix it.

"In rural south, GA... in Dougherty County, GA, we had the highest rates in the country, it was as high as Wuhan was. In China. And there's very much hesitancy among the whole population. There's a lot of hesitancy and a lot of people feel like this is government overreach and I don't want people telling me what to do," Dr. Toomey said.

She also said people who live there won't be convinced to get vaccinated by hearing the health commissioner talk about it, they want to hear directly from their friends and family who got the vaccine.

"This COVID virus is too serious. We have lost too many people already," said Mayor Williams.

Dr. Toomey said they've had more success bringing vaccine clinics in to churches and senior centers in the community, and making information about the vaccine more readily available when people visit.