It comes after the FDA and CDC issued a joint statement calling for a 'pause' on giving the one-dose shot due to rare blood clotting reports. 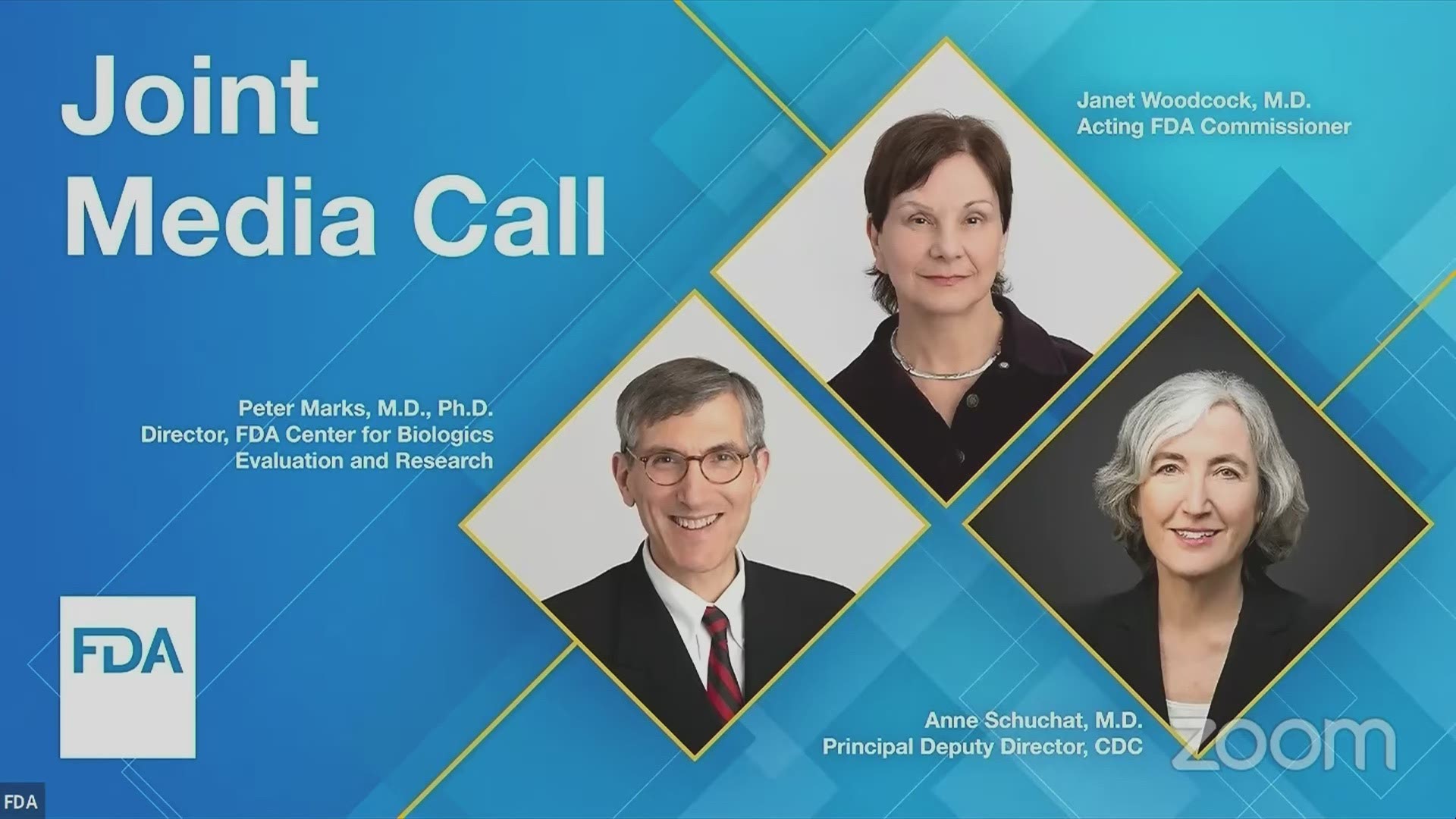 COLUMBUS, Ohio — Shortly after news first surfaced Tuesday that the FDA and CDC were recommending a ‘pause’ on administering Johnson & Johnson's one-dose COVID-19 vaccine, Ohio Governor Mike DeWine issued a brief statement that advises all vaccine providers in the state to halt the shots for now.

“We are advising all Ohio vaccine providers to temporarily pause using the Johnson and Johnson (Janssen) vaccine,” Gov. DeWine tweeted at 8:16 a.m. Tuesday.

This is in response to a statement by the Food and Drug Administration (FDA) and the Centers for Disease Control (CDC) recommending a pause in the use of the Johnson and Johnson vaccine following extremely rare blood-clotting events of six people in the U.S. after receiving the vaccine.

Later today the FDA and the CDC will hold a media briefing.

In addition, the CDC will convene a meeting of the Advisory Committee on Immunization Practices tomorrow to further review these cases.

Officials with the Ohio Department of Health are following this situation closely.

We are advising all Ohio vaccine providers to temporarily pause using the Johnson and Johnson (Janssen) vaccine.

The FDA and CDC held a joint media briefing at 10 a.m. Tuesday to address this "pause" recommendation with a look ahead at the nation's next steps. You can watch their full press briefing in the player below:

The Ohio Department of Health says it's working with FEMA on plans for weeks seven and eight at the Wolstein Center mass vaccination site, which had previously scheduled Johnson & Johnson vaccines.

"We will continue to closely monitor guidance from the CDC, FDA and the CDC's Advisory Committee on Immunization Practices," the Ohio Department of Health tells 3News in a statement."

Kent State University has also announced they will pause the vaccine.

"Anyone who had an appointment for a vaccination at one of the Kent State clinics is advised to schedule an appointment for another brand of vaccine (Moderna or Pfizer) at a different clinic, including those operated by the Portage County Combined General Health District on Tuesdays at the Kent State Filed House, or one located near your Regional Campus," KSU officials said.

RELATED: Ohio's COVID-19 vaccination registration site: How to sign up for an appointment near you