DeWine has advised all vaccine providers throughout Ohio to 'temporarily pause' administration of the Johnson & Johnson COVID-19 vaccine. 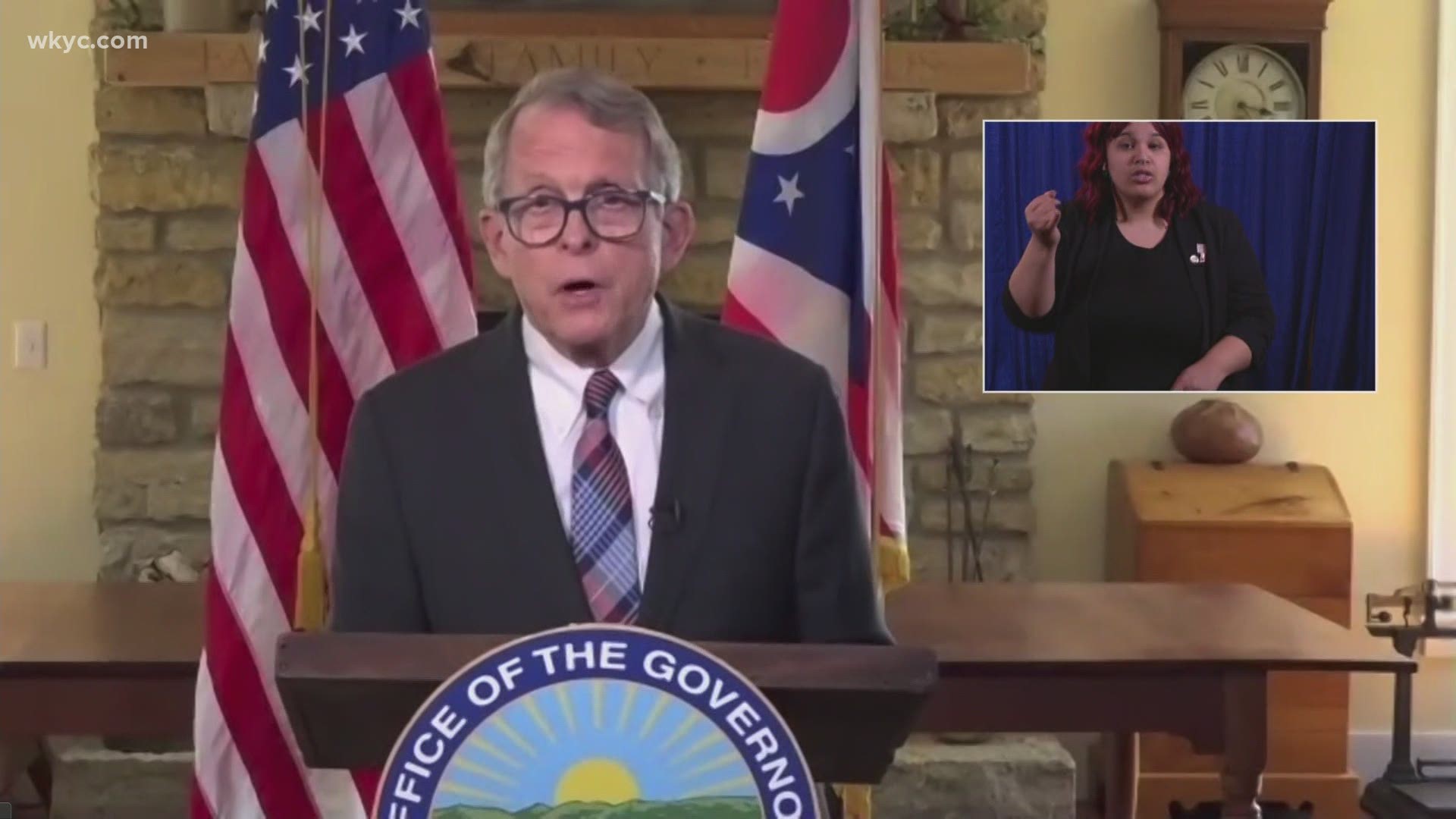 COLUMBUS, Ohio — As nationwide COVID-19 vaccinations hit a speed bump Tuesday after the FDA and CDC recommended pausing use of the Johnson & Johnson vaccine, Ohio Governor Mike DeWine addressed the situation during a 3 p.m. press conference.

The briefing came after Gov. DeWine quickly followed the recommendation of halting use of the one-dose shot by advising all vaccine providers statewide to "temporarily pause" giving J&J vaccinations.

According to DeWine, a majority of Ohio's Johnson and Johnson doses were directed to mass vaccination clinics and to 63 public and private 4-year colleges and universities, most of which have already completed their student vaccinations.

Since Gov. DeWine's suggestion, several locations throughout Northeast Ohio announced they were ceasing their Johnson & Johnson vaccinations, including clinics at Kent State University and the University of Akron.

RELATED: How are Ohio's colleges and hospitals reacting to the recommended pause for the Johnson & Johnson COVID-19 vaccine?

As far as potentially adjusting the Wolstein Center's mass vaccination site, DeWine stated that no decision has been made at this point. The Wolstein Center is currently in the second week of providing second doses of Pfizer vaccinations. After another week of Pfizer, the Wolstein site is scheduled to provide the one-shot Johnson & Johnson vaccine for the final two weeks it is open.

"We'll look at everything as we do every single week. Nothing is off the table," DeWine added.

Approximately 6.8 million people have received the Johnson and Johnson vaccine in the U.S. 264,311 of those vaccinations were administered in Ohio.

You can watch the entire briefing in the player below:

RELATED: What to watch for if you got Johnson & Johnson COVID shot

The FDA and CDC issued a joint statement earlier Tuesday to address their pause recommendation because of rare blood clots, which happened in six women within six to 13 days after vaccination. The issue was also discussed at length during a joint press conference, which you can explore in the player below: