Johnson & Johnson vaccine 'pause' will continue in the US

The CDC committee will discuss further use of the J&J vaccine again during another emergency meeting in the next few weeks. 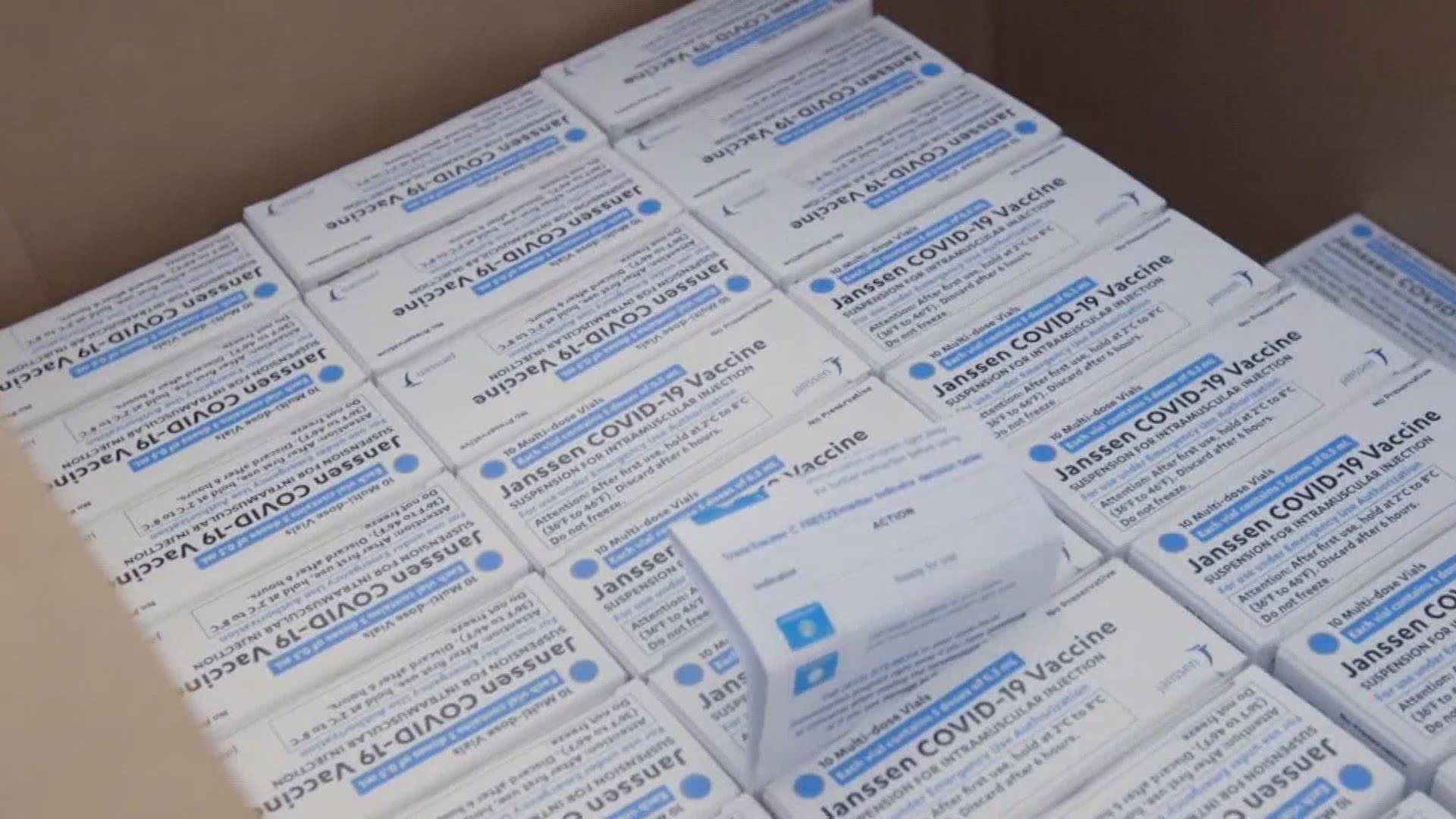 HOUSTON — A CDC committee has decided the U.S. should hold off on using Johnson & Johnson’s COVID-19 vaccine pending further investigation.

Although those cases were out of nearly seven million doses administered, Dr. Katelyn Jetelina with UTHealth says preliminary data shows that’s a 3- to 15-fold increase of the rare clotting event.

“What that means is this is likely due to the J&J vaccine. This isn’t a random event we see in the general population. This is big news, and news we didn’t know before,” said Dr. Jetelina, an epidemiologist at UTHealth School of Public Health.

The CDC says all six cases were white women who noticed symptoms in the two weeks after injection. They range from 18 to 48 years old. One woman died, three are in the hospital, two are in intensive care, and only one woman has been discharged from the hospital.

U.S. health officials say they were looking for the side effect after rare clotting events were reported with the AstraZeneca vaccine in Europe.

When Johnson & Johnson was granted emergency use by the FDA, Dr. Jetelina says they were aware of warning signs during clinical trials.

But she said that wasn’t enough information to keep the vaccine from moving forward.

“We need a lot more people to get the vaccine to see if this is a true safety signal or just something about randomness and error," Dr. Jetelina said.

But she said what we may be seeing now is a possible pattern among adenovirus vaccines.

“And insert the instructions for COVID," Dr. Jetelina said.

As a possible comparison, she points to the recent pause on the AstraZeneca vaccine in the U.K.

Like Johnson & Johnson, AstraZeneca is also an Adenovirus vaccine.

“They found that blood clots were associated with AstraZeneca, but still also found that that benefits outweigh the risk," Dr. Jetelina said.

Today, AstraZeneca is still being used in the U.K., but some countries, like Britain, recommend it not be given to adults under 30.

“I know that in Europe, it did take a week or two to investigate," Dr. Jetelina said.

So the CDC will now decide what’s next for J&J. Dr. Jetelina says they will likely choose from one of four options:

•    only give the vaccine to certain groups

“The fourth option would be to stop altogether, which I don’t see that happening," Dr. Jetelina said.

The CDC committee will discuss further use of the J&J vaccine again during another emergency meeting in the next few weeks.