"For Ohioans who have been waiting to get their vaccine, I urge you to take action now," DeWine said Tuesday. 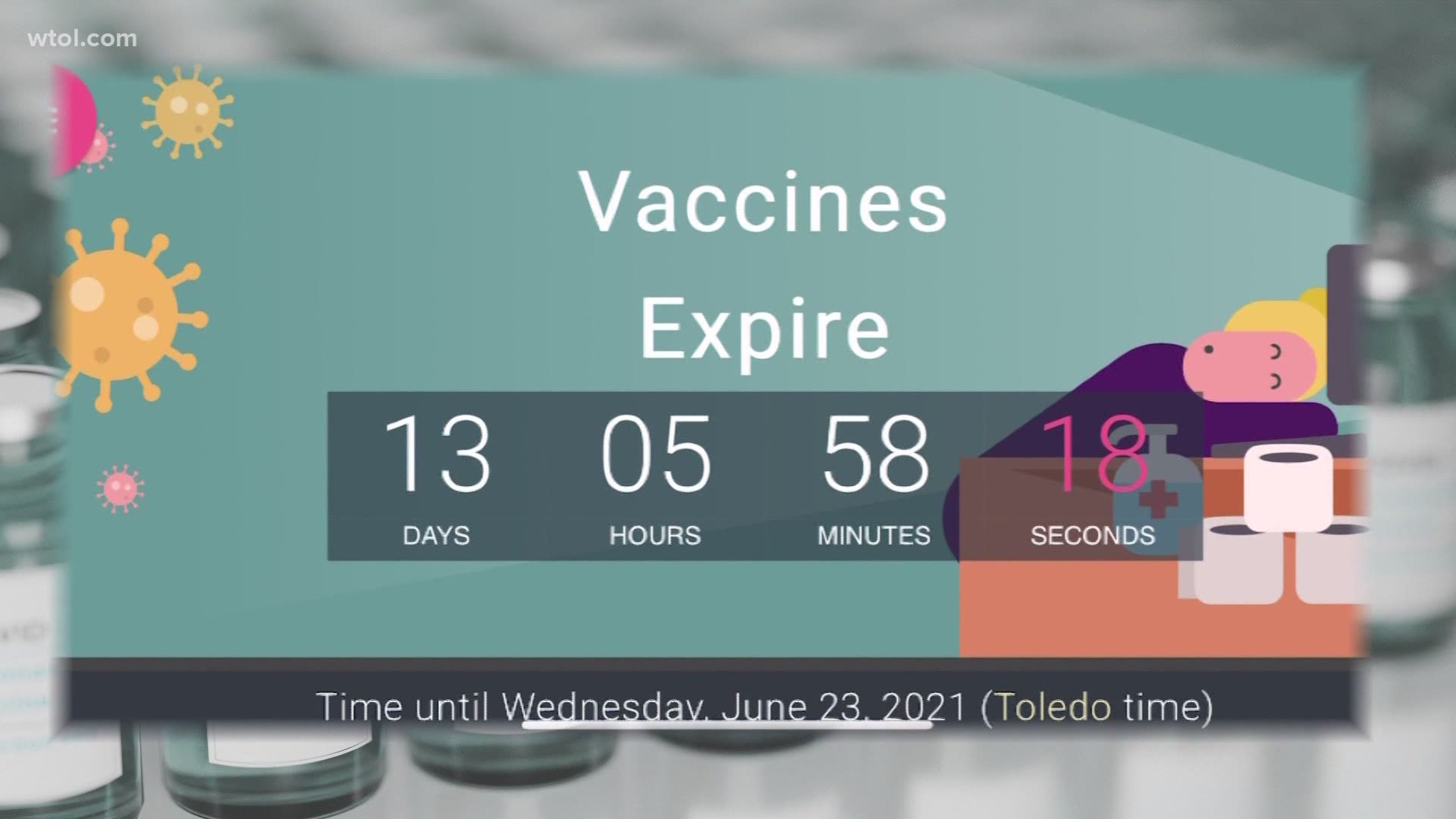 OHIO, USA — Time is ticking on the usability of 200,000 Johnson & Johnson vaccines in Ohio and if they aren't used in two weeks, the COVID-19 vaccine doses could be thrown in the trash.

Just weeks ago more than a hundred thousand Ohioans got the shot in a single day. But now the daily total has fallen to around 12,000.

"We knew this time would come when there was an intersection between supply and demand, and now we have more supply than we do demand," ProMedica vice president of quality and patient safety Dr. Brian Kaminski said. "But there are still people out there who are considering and as time goes by, that's just more time of demonstrated efficacy and demonstrated safety."

There's an urgent push from doctors like Kaminski along with political leaders like Gov. Mike DeWine to get the shot if you're on the fence.

DeWine said Tuesday that the 200,000 doses will expire June 23, releasing a statement that read, "For Ohioans who have been waiting to get their vaccine, I urge you to take action now."

"Turn to sources you trust, talk to your family doctor, talk to somebody you know who has received the vaccine, look at the data, look at the evidence that's out there," Kaminski said. "Hopefully after you gather the facts, you'll conclude that it is the right thing to receive the vaccine."

The Johnson & Johnson vaccine lasts longer before expiring than Pfizer or Moderna's. But that doesn't mean forever...at least for now.

Kaminski said some companies are looking at ways to hone in on parts of the virus so the vaccines never go bad.

"If we can find a vaccine that's able to target those areas that are unlikely to generate any variation, then it could be -- more or less -- a permanent type of vaccine," he said.

DeWine said he explored the option of sending unused vaccines to other states or countries but does not have the legal ability to do so.