Fulton County has vaccinated 13% of its population with a majority of them being 75 and older. But, the process has been slower than in surrounding counties. 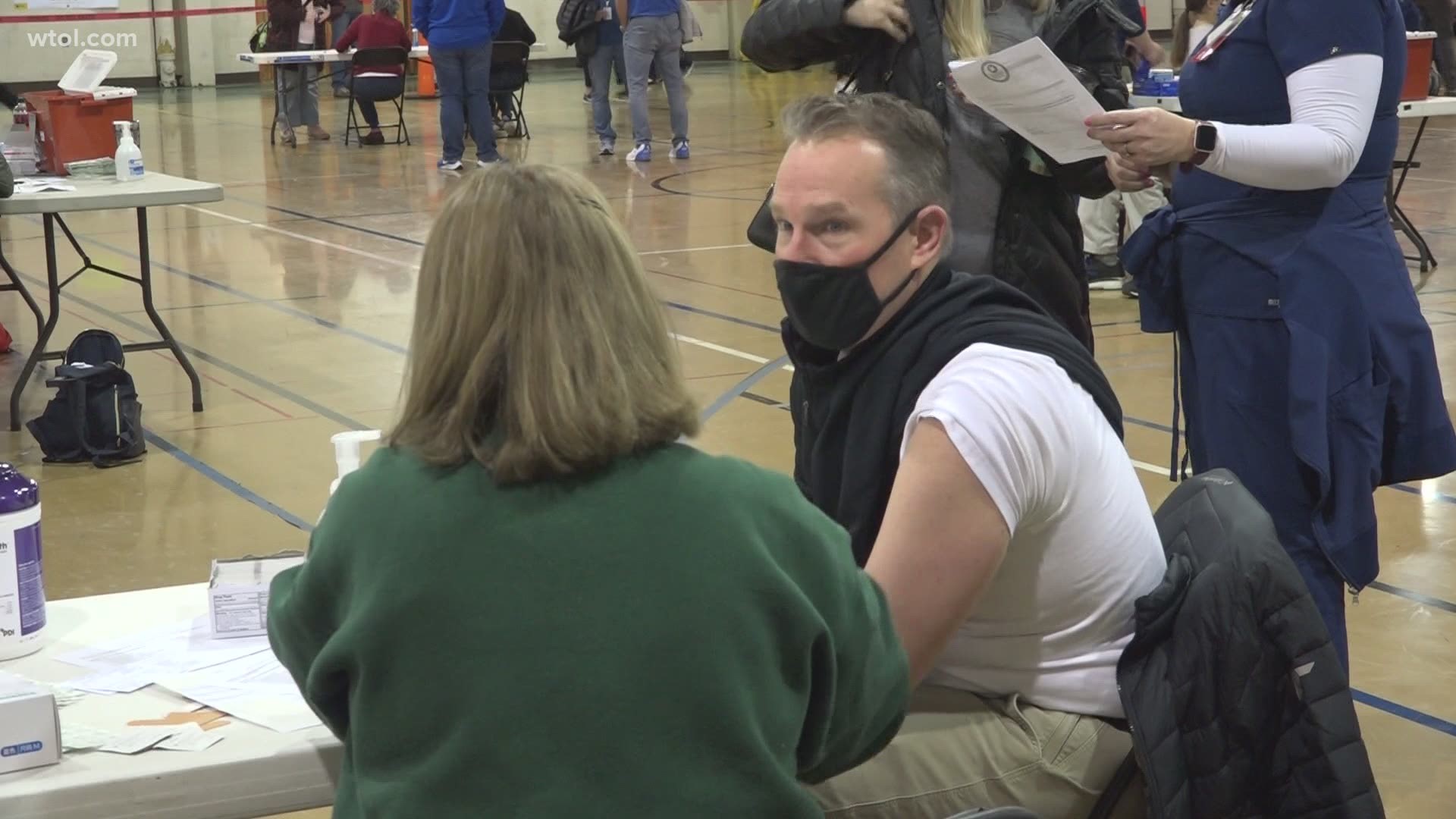 WAUSEON, Ohio — Another group of Ohioans will soon roll up their sleeves for a COVID-19 vaccine, however, some who are already eligible are still struggling to get an appointment.

A viewer in Fulton County reached out to WTOL on Twitter, saying the county is only vaccinating people who are 70 or older, even though people 60 and older can get schedule their vaccine appointment starting Thursday.

We reached out to the Fulton County Health Department for some answers.

Fulton County has vaccinated 13% of its population, with a majority of them being 75 and older. However, the process to get shots in arms has been slower than in other counties in northwest Ohio.

"Our policy has always been to keep the priority in the older age group as we add the next age group into our appointments," Fulton County Health Commissioner Kim Cupp said.

For example, someone who is 70 and wanting to get their vaccine will take priority over someone else who is younger, but still eligible. Cupp said the system is set up like this because the county's vaccine supply is limited.

"Some weeks we would receive 100 doses and people would get frustrated. They don't understand. The governor says they're eligible but we won't schedule them. But, we can't schedule people if we don't have the vaccine," Cupp said.

She said she understands the frustration, but noted that it's challenging being next to counties with larger populations and more vaccine supply.

In the next week or two, Cupp believes Fulton County will be in a better position to vaccinate the rest of those 65 and up who have been eligible, before moving on to younger ages.

In the meantime, Cupp said residents can try booking an appointment with pharmacies in the area that have the vaccine, including Rite Aid and Kroger.