President Trump visiting Florida during a pandemic and hurricane threat

Trump will participate in a meeting to review the response to COVID-19 and the state’s preparedness for Hurricane Isaias. 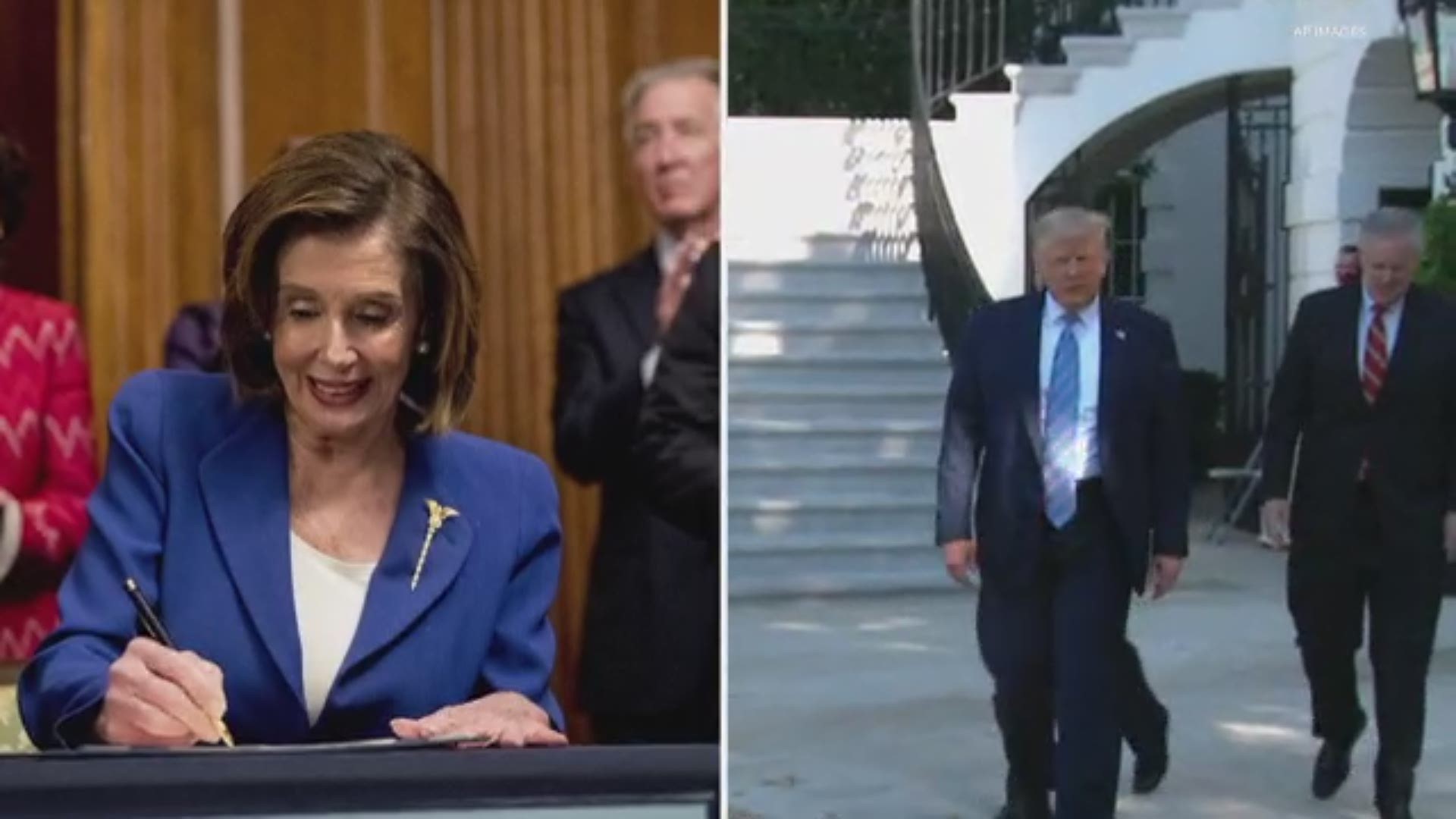 WASHINGTON — President Donald Trump is taking a Friday swing through Florida, a state critical to his reelection prospects and bracketed by two storms — one now bringing daily records on COVID-19 deaths and the other forming just to the south in the form of Hurricane Isaias.

Trump will hold a campaign event with Florida sheriffs in Tampa. He has tried to pin a surge in crime in some of the nation’s largest cities on their Democratic mayors and has threatened to send federal law enforcement to protect what he describes as besieged communities.

With the White House and Democrats at loggerheads over a new round of financial relief to bolster a coronavirus battered-economy, Trump is attempting to use a “law-and-order” theme to electrify his base and win over undecided voters unsettled by more than two months of protests centered on police brutality and racial injustice.

He met at the White House with members of the National Association of Police Organizations Leadership, an organization that endorsed Barack Obama in 2008 and 2012 but is backing Trump's reelection bid.

“Your choice is me or somebody that has no clue what they’re doing," Trump told them.

In Florida, Trump will also participate in a meeting to review the response to COVID-19 and the state’s preparedness for Hurricane Isaias, which was centered in the Bahamas on Friday and expected to move near South Florida on Saturday.

Florida has experienced a spike in COVID-19 cases and reported 253 new coronavirus deaths on Thursday, the highest daily count so far and the third record day in a row.

After those events, Trump will speak to supporters at a fundraiser that is closed to reporters.

The state of Florida is considered essential for the president’s reelection prospects. He won the state with a 1.2% margin in 2016, but most polls have shown him trailing Biden.

Democratic supporters of Biden in Florida criticized Trump for coming to the state for fundraising during such a critical time for the state and nation. Nowhere does the pandemic threaten Trump’s political future more than Florida, where Democrats have been railing against the Republican president’s inability to control the health threat in a state packed with senior citizens.

Credit: AP
President Donald Trump speaks to members of the media before boarding Marine One on the South Lawn of the White House in Washington, Monday, July 27, 2020.

“We have more cases than some countries. This is outrageous, and here he is, Donald Trump, visiting Florida to raise money and pretending like it doesn’t even exist, that we don't have a problem, with an impending storm coming our way to top it all off,” said Democratic State Sen. Annette Taddeo of Miami, a Biden supporter. “As if 2020 couldn’t get any worse for Floridians.”

Democrats working to defeat Trump are on one hand giddy about the president’s weak standing in multiple public polls, but on the other predicting the race will tighten significantly before Election Day.

While Trump may be struggling three months before Election Day, his campaign points to its organizational advantages and suggests that the pandemic outlook is improving. Trump has already reserved $36 million in fall advertising in Florida alone, which is by far his largest advertising investment in any general election battleground state.

Nick Trainer, the campaign’s director of battleground strategy, predicted that the coronavirus situation would ultimately become an asset for Trump’s reelection.

“President Trump’s leadership on coronavirus has put us in a strong position to protect vulnerable Americans and rebuild our economy,” he said. “Where we’re at today isn’t where we’ll be in November.”