'When you lose a major part of your business, you've got to reinvent yourself to survive.' 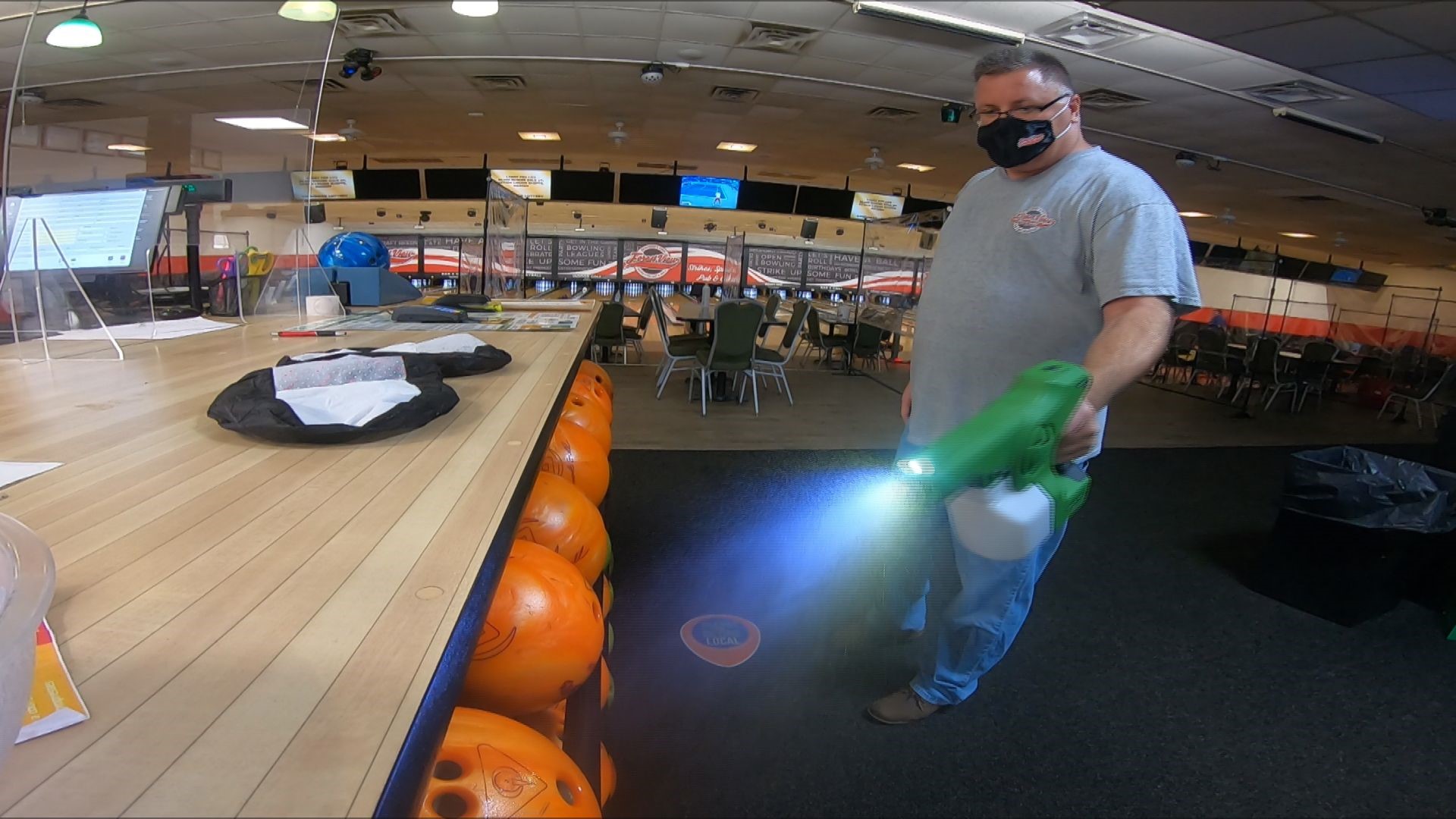 TEMPERANCE, Mich. — With summer business in the gutter, Michigan bowling alleys, now allowed to open, are trying to innovate and attract customers.

Without time to waste, Forest View Lanes in Temperance is ready to roll.

"Huge sign of relief," owner Rich Kenny said. "We've been shut down for 177 days so great to be able to start getting back to our core business which is still league bowling and open bowling."

With plenty of time to spare in the last six months, Kenny and company have finally reached the proverbial light at the end of the lane.

"Lot of cost controls and cost-cutting measures to ensure we're successful," Kenny said. "We did a lot of training during the down-time."

Now, they're ready to rock and bowl thanks to new executive orders from Gov. Gretchen Whitmer, who was once the target of legal action from several Michigan bowling alleys.

But bygones aside, Kenny now has his eyes on the next frame.

"We are adding air filtration systems to the HVAC system here," he explained. "We have dividers between the lanes. We have stylus touch pens for computer screens. We have electrostatic sprayers to spray the tables and chairs, any high-touch surfaces. We have disposable bowling shoes. We also have our rental shoes and rental bowling balls that are usable, and those are sanitized before each and every use."

"I don't fear the pandemic now," said Bill Curtis, a bowler from Sylvania. "I mean, we wear masks and pretty much stay our distance."

"We see a lot of sanitizing at other places we go to, so that's always good to see," Bill's son, Sam Curtis, added.

"When you lose a major part of your business, you've got to reinvent yourself to survive," Kenny said. "And so I think that forced us to make some decisions and to change our business model."

Now, they hope to strike gold with a renewed contingent of customers.

A task that's right up their alley, after all.