“You Are the Champions” was released on all streaming and download services, with proceeds going to the World Health Organization’s COVID-19 Solidarity Fund. 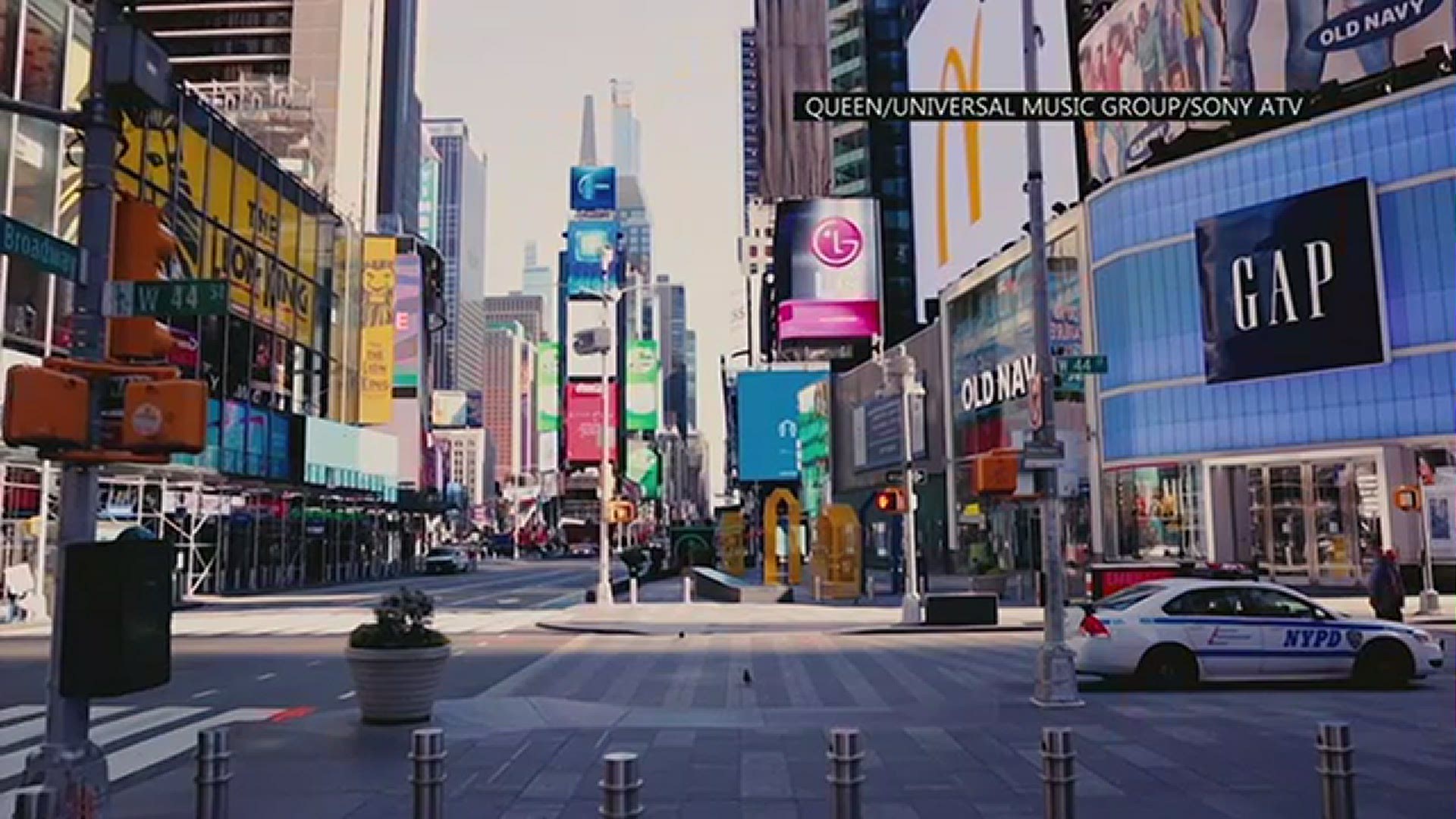 LONDON, UK — Queen and singer Adam Lambert have a message for workers on the frontline of the COVID-19 fight: “You Are the Champions.”

Brian May, Roger Taylor and Lambert recently gathered virtually to record a new version of the Queen classic, “We Are the Champions.”

“You Are the Champions” was released early Friday on all streaming and download services, with proceeds going to the World Health Organization’s COVID-19 Solidarity Response Fund.

“I thought, this is a great way to use the legacy that we have to do some good in the world,” May said.

“You know, we don’t really need to make money anymore. We don’t need to be any more famous. We need to use what we have in the best possible way.”

For May the release comes at a time of great sadness. The guitarist earlier this week lost a friend who he likened was like a brother to him, to the virus.

“That’s the closest it’s come to me physically,” he said, adding it’s given real meaning to the death tolls broadcast daily on television.

“I think psychologically the human race is going to be very damaged.”

For Taylor, the song also has personal significance as his daughter Rory Eleanor Taylor works as a doctor in a London hospital.

“She’s actually in the video with her little cards, displaying advice about isolating, etc.”

The music video shows caregivers and frontline workers from across the world as well as empty city scenes and the band performing in their homes.

For most people, the new coronavirus causes mild or moderate symptoms, such as fever and cough, that clear up in two to three weeks. For some, especially older adults and people with existing health problems, it can cause more severe or fatal illnesses, including pneumonia.

Lambert, who joined the track from his Los Angeles home, thinks the song really hits a positive note that everyone is in this together.

“There’s a sense of unity that’s happening around the world, even though it’s, you know, in a negative, scary time," Lambert said. "I think that we’re all understanding each other a little bit more right now. And it’s sort of leveling everything out a bit.”

“It’s only through our connection and our love for each other are we going to get through it together,” he said.

The band hopes the charity single will provide some consolation after the pandemic forced them to cancel the 27-show UK and European leg of their biggest ever tour.

"It was pretty heartbreaking to have to let it go. We have rescheduled for next year and we’re all crossing our fingers. We don’t know do we? We don’t know if it’s going to be appropriate to get thousands of people in one room, even in 12 months from now,” May said.

“I can’t believe that festivals and live music won’t come back. It’s part of our ... DNA really now.”

In the meantime, Taylor and May remain in lockdown in their respective homes in the UK. Like many, May is struggling with the loss of freedom.

“It doesn’t get any easier as time gets on. It’s getting worse if anything. I feel like everything that I worked for in my life has been kind of taken away and put somewhere where I can’t reach it,” he said.

It's not all bad, as Taylor noted.

“I think people have found lots of good things to do," he said. "I think there’s been a lot more contact within families and friends.”