Protesters argued they want the choice of whether they should stay home, go to school or public places. 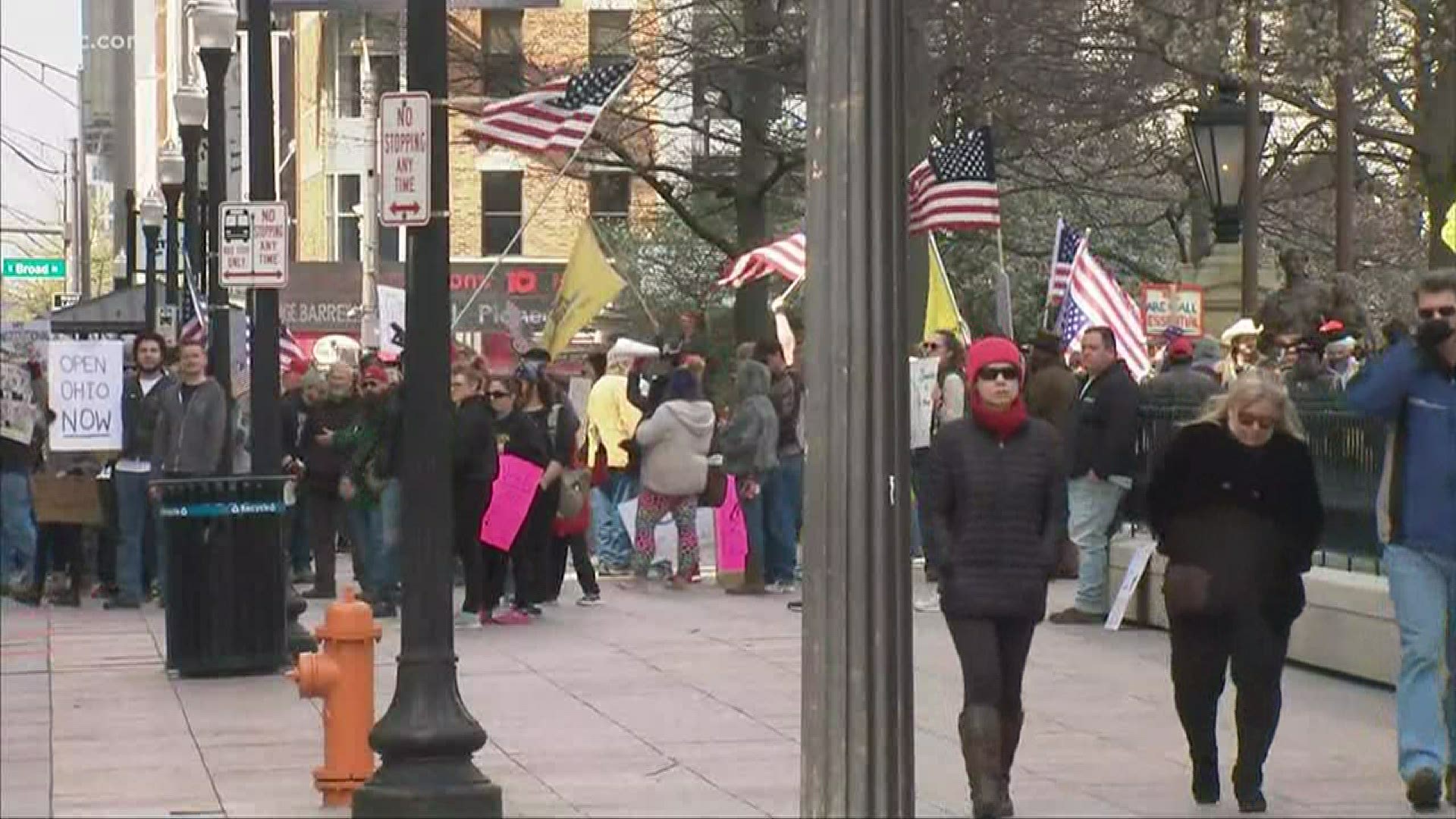 COLUMBUS, Ohio — Though there was no press conference from Gov. Mike DeWine and Ohio Department of Health Director Dr. Amy Acton on Saturday, people gathered downtown to protest the state’s response to the coronavirus pandemic.

Protesters congregated at the Ohio Statehouse Saturday afternoon with signs and messages likening the restrictions to freedom infringement. Protesters also argued they want the choice of whether they should stay home, go to school or public places.

Many spent upwards of an hour-and-a-half protesting on foot and circling the block and honking — a style that has played out across the country.

Another point of contention was the anger of lost jobs and incomes because of the shutdown.

“It's killing my business,” a protester told 10TV. “I can't see any of my clients, even though it's a very small amount and I can't get the assistance that I need. The PPP loan is out, the IDL loan — I got denied."

The protest also saw a number of counter-protesters, including a man holding a sign reading “Thanks Gov DeWine Keep Ohio Safe”.

“They have a right to their own opinions but I’m just grateful Governor DeWine has kept us safe with the actions he's taken so far. The curve has been flattened in Ohio, thanks to the efforts of everybody,” he told 10TV.

When asked about Saturday’s protest, the governor said, "They have every right to protest under the First Amendment."

During past news conferences where protesters gathered outside the Statehouse, DeWine, Acton and Lt. Gov. Jon Husted commented on the gatherings, saying they understood the frustrations as the state battles the pandemic.

As of Saturday, the Ohio Department of Health reported 9,939 confirmed cases of COVID-19 in the state and 434 confirmed deaths.

Earlier in the week, DeWine announced a plan to slowly start reopening the state starting May 1 — a move he said to get the state’s economy moving again, though he cautioned multiple times that we must “get this right” to avoid a spike in new cases.

RELATED: Is May 1 too early to start reopening Ohio? Here's what health experts in Cuyahoga County are saying

RELATED: Comfort during time of pandemic coming from volunteers, masks and firefighters throughout Northeast Ohio