So far, 8 confirmed cases of COVID-19 have been reported among visitors who went to the island between June 17-21. 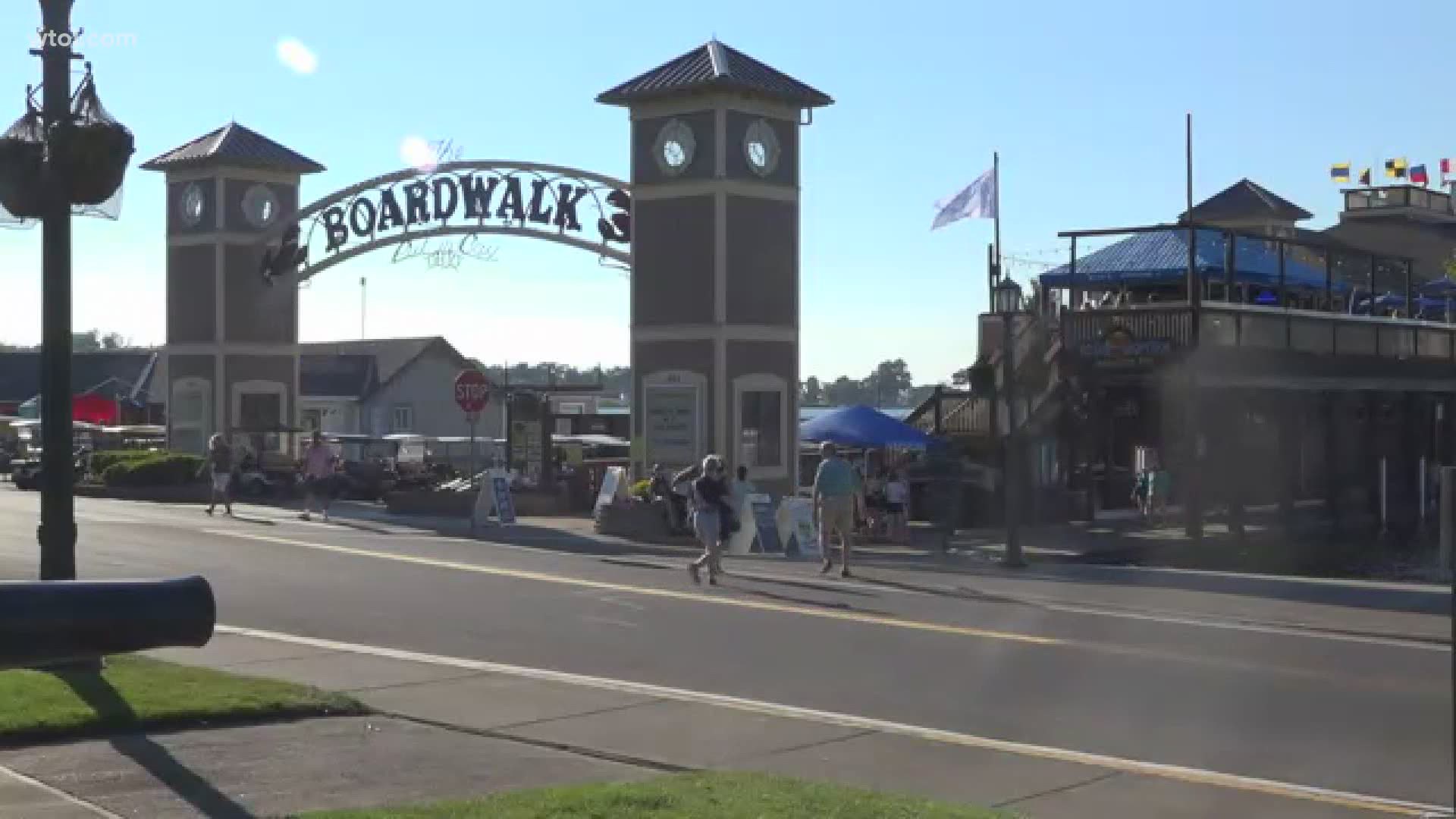 PUT-IN-BAY, Ohio — The Toledo-Lucas County Health Department announced Tuesday that a coronavirus outbreak has been linked to Put-in-Bay.

Currently, eight people (six from Lucas County and two from Ottawa County) who visited the island from June 17-21 have tested positive. Health officials said these individuals visited the Commodore Hotel, The Mist and Mr. Ed's.

The Fletchers, visiting Put-in-Bay with their family, had been unaware of the eight cases linked to the popular tourist destination. "I'm not surprised to hear that there were cases of COVID-19 from that crowd," said Steve Fletcher as his wife, Gina, nodded in agreement.

"We're trying to come back to some sort of normalcy and that normal level can't be what it was before or so again. It is concerning not only at Put-in-Bay, but other places where several people are jammed into restaurants or bars," said Dr. Eric Zgodzinski, Health Commissioner with the Toledo-Lucas County Health Department.

WTOL reached out the reported locations: the Commodore Hotel, The Mist and Mr. Ed's., but they declined to comment on camera.

The Commodore Hotel has been telling people by phone that they were allowed to stay open and they have has sanitized all areas.

Put-in-Bay Chamber of Commerce Director, Peter Houston, also offered some peace of mind. "The key to all this is, it's a small cluster and all of the people have been identified through contact tracing, which was utilized to be able to make sure that everybody is now quarantined. It's not going any further that that."

"Me and you need to take it upon ourselves to make sure that we're protecting everybody else, but then those owners need to take some responsibility, too, because they can control their facility, we know they can. It's just do they chose to do so or not," said Dr. Zgodzinski.

Meanwhile, visitors like the Fletchers are asking you to wear your mask and protect others.

"Believe the hype. Believe that it's as bad as they're saying it is. A lot people just don't and I think that's the biggest problem of all."