There appeared to be little to no physical distancing or mask wearing over the weekend. 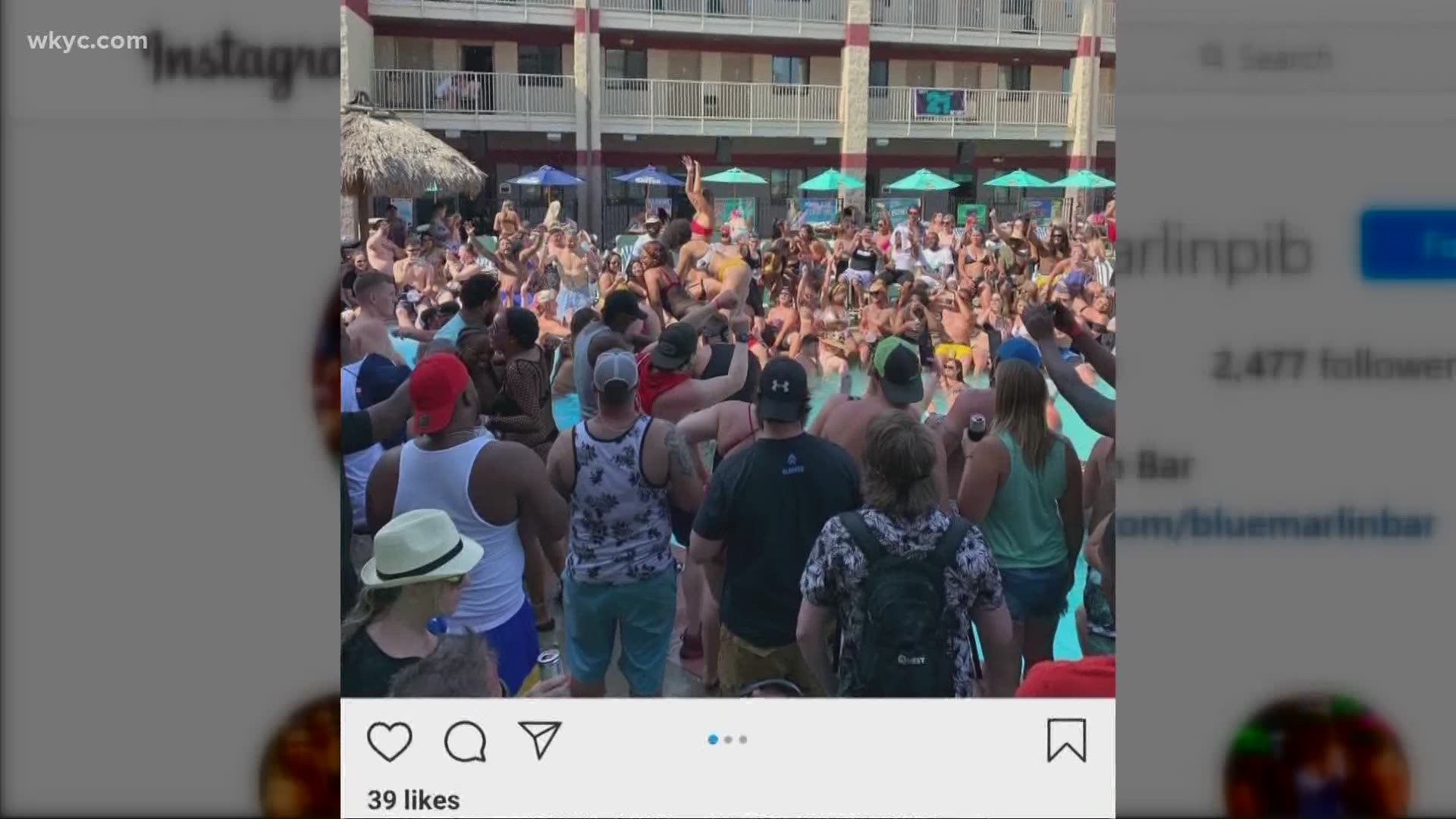 PUT-IN-BAY, Ohio — According to health officials, the coroanvirus pandemic is not going away any time soon. However, with many people feeling quarantine fatigue, the urge to socialize has never been stronger.

That appeared to be especially true at Put-in-Bay Island over the weekend.

A Twitter user by the name of Bridget Ginley posted a series of photos that showed a pool party where there appears to be little to no physical distancing or mask wearing.

The images surface as many on social media speculate if Ohio will be the next to reverse reopening plans as the state is seeing a spike in Coronvirus cases.

On Monday Gov. DeWine, during an unscheduled press conference, stated the increase in cases is not solely a result of increased testing.

"Certainly, some is due to that, but not entirely. You have to look at positivity, " DeWine tweeted.