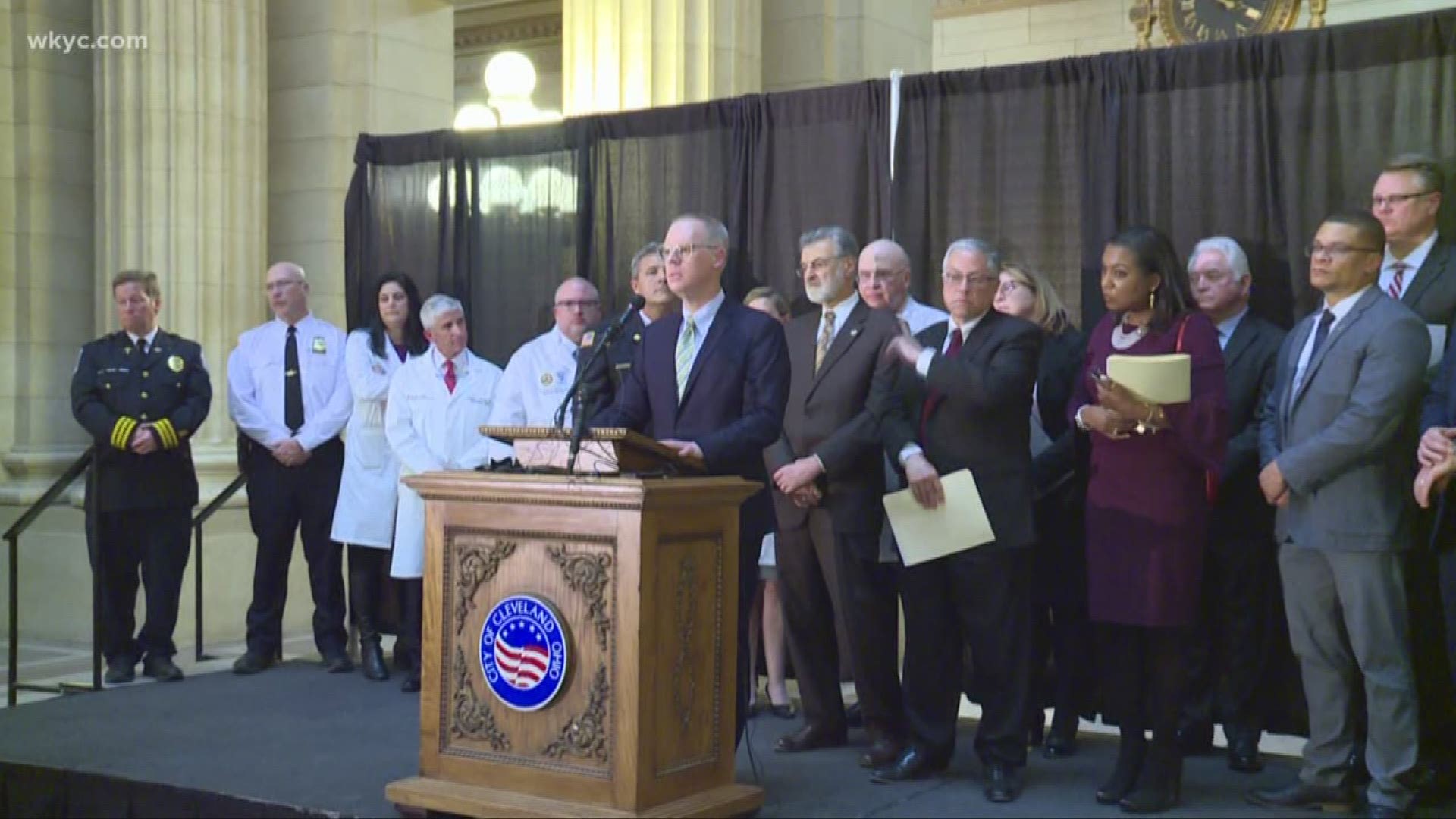 CLEVELAND — Despite growing concerns about coronavirus in Northeast Ohio, organizers of the Cleveland St. Patrick's Day parade say the event will go on as planned next Tuesday.

In a letter posted to the parade's website, Executive Director Linda Carney wrote, "The health and safety of our community is of the utmost importance to the United Irish Societies of Greater Cleveland  and  to the City of Cleveland. We are closely monitoring the developing Coronavirus (COVID-19) situation in Cuyahoga County. We are working and communicating with elected and public health officials and will follow their recommendations as to whether outdoor public gatherings in the City of Cleveland should be curtailed. Currently there is no such restriction."

In the meantime, Carney and parade officials are stressing the importance of utilizing the CDC's recommended everyday preventive actions to help avoid the spread of respiratory diseases, including:

Three patients from Cuyahoga County were announced on Monday as Ohio's first confirmed cases of coronavirus. All three are in their mid-50s. Two of them are a married couple who were recently on a cruise on the Nile River and the third attended a conference in Washington D.C.

Cuyahoga County Health Director Terry Allen says none of the people with confirmed coronavirus cases in Ohio are currently hospitalized. All three, as well as six close contacts to the patients, have been quarantined at home. Seniors and people with chronic illnesses like heart disease and diabetes are believed to be the people most at risk.

Mayor Frank Jackson on Monday stated that no large events in the city are being canceled. Besides the St. Patrick's Day parade, some of the city's upcoming events include planned rallies by Democratic presidential candidates Joe Biden and Bernie Sanders on Tuesday, as well as the Mid-American Conference (MAC) and NCAA Basketball tournaments.

RELATED: Election day and coronavirus: How Ohio is preparing

RELATED: 2 Solon students quarantined after exposure to person who tested positive for coronavirus

RELATED: What is the best way to disinfect your iPhone? Apple just updated its recommendations