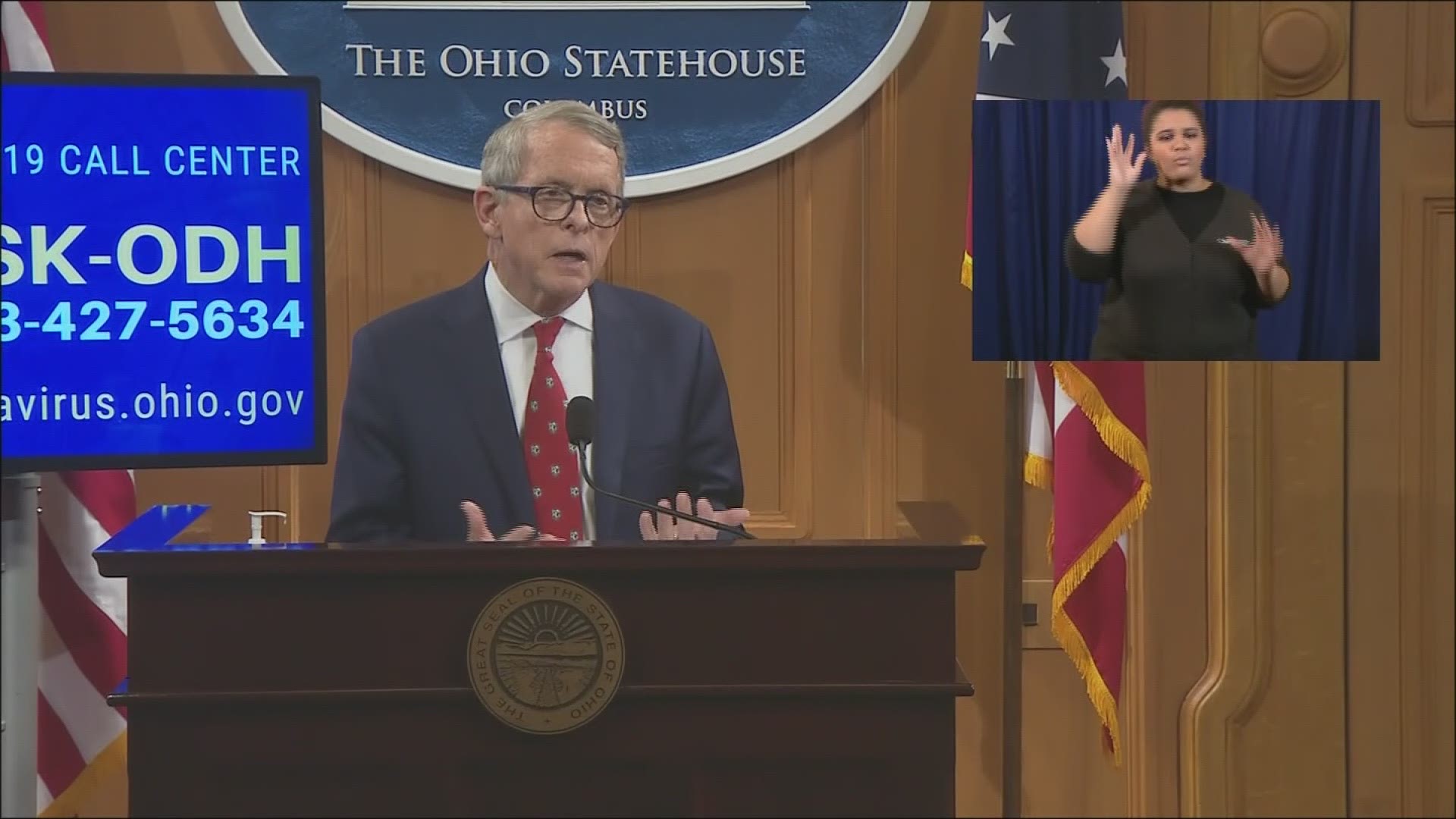 On Monday, President Donald Trump caused a stir when he posted a series of tweets stating that he is the one -- and not the state's governors -- who has the authority to reopen each of the state's economies amid the coronavirus (COVID-19) pandemic.

"For the purpose of creating conflict and confusion, some in the Fake News Media are saying that it is the Governors decision to open up the states, not that of the President of the United States & the Federal Government. Let it be fully understood that this is incorrect," Trump tweeted. "It is the decision of the President, and for many good reasons. With that being said, the Administration and I are working closely with the Governors, and this will continue. A decision by me, in conjunction with the Governors and input from others, will be made shortly!"

But while many construed Trump's tweets as an indication of a rift between himself and the state's governors, Ohio Governor DeWine said that's not the case.

"This is not a confrontational issue between us and the White House," DeWine said. "We work together. We will continue to work together. Every state is different. We're going to have to lay out a plan and I'm confident that the Ohio plan that we lay out, the White House will think it's fine. But it's really this kind of collaborative effort as we move forward."

Asked explicitly if Trump has the ability to overrule state orders, DeWine said: "I'll leave that to the lawyers."

At the heart of any issue between Trump and the states would seem to be the president's reported desire to reopen the country's economy by May, while governors like DeWine have favored a more cautious approach. With a stay-at-home order in place in Ohio until May 1, DeWine has said that the state has begun working on its plan to slowly reopen its economy once it's appropriate to do so.

“I think that sometimes we all think we’re going to turn a switch and we’ll get back to normal, and that’s just not going to happen, DeWine said on MSNBC's Morning Joe on Monday. "We're going to have to slowly do this."

As of Monday, Ohio has had 6,975 confirmed coronavirus cases, 2,033 of which have resulted in hospitalization, 613 ICU admissions and 274 deaths. Dating back to the discovery of the state's first positive coronavirus case on March 9, DeWine has taken several measures to encourage physical distancing, including a stay-at-home order that is currently in place until at least May 1.

RELATED: How you'll be able to find out when your stimulus check is coming