Ohio lagging behind other states in vaccination race 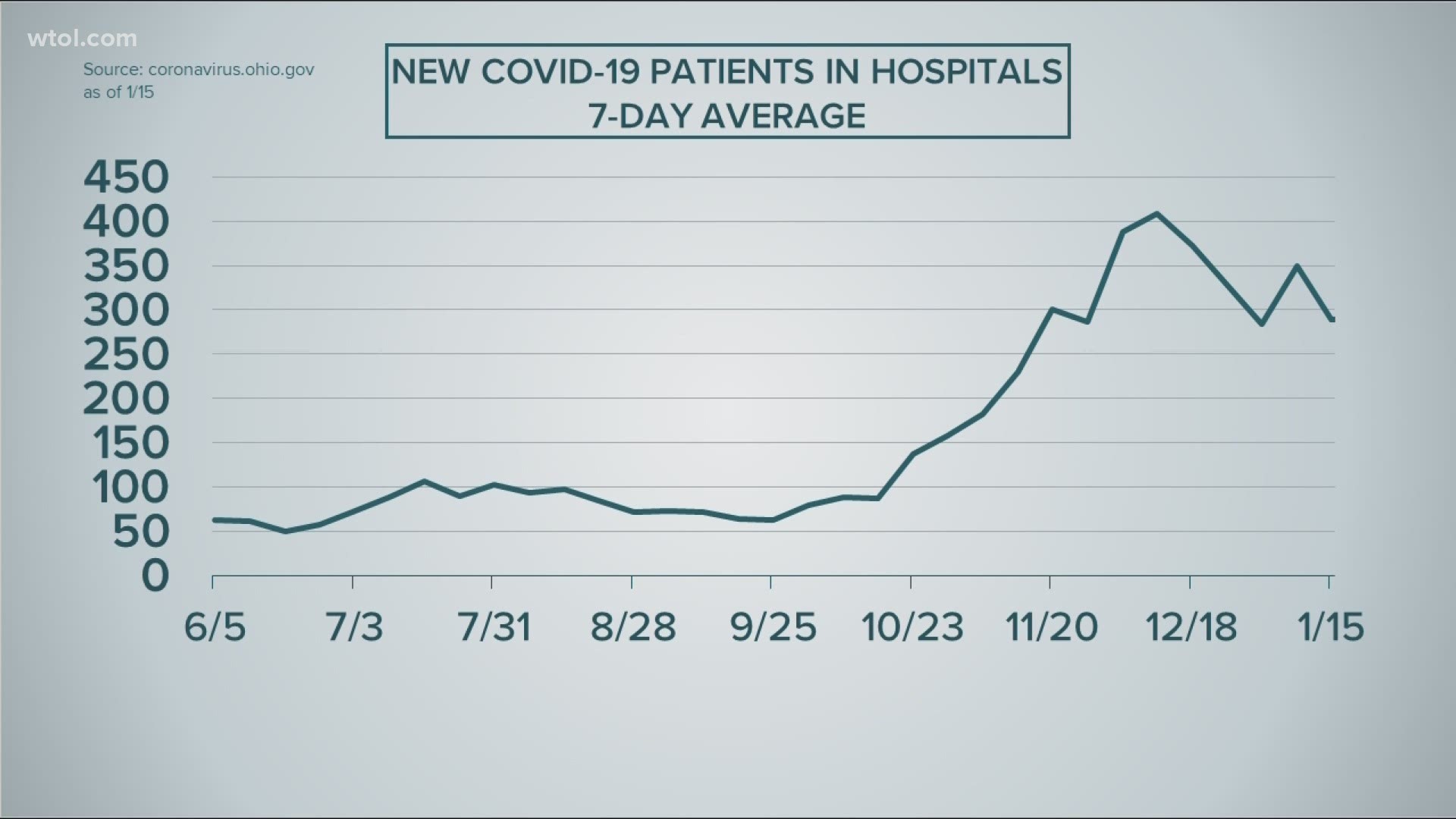 TOLEDO, Ohio — Ohio Gov. Mike DeWine seemed taken aback at Thursday's news conference when he was questioned about the slow pace of vaccinations.

But the numbers clearly show that Ohio has fallen behind other states. According to CDC data, Ohio has administered about three doses per 100 people. No neighboring state is worse, and the national average average is 3.6 per 100.

Ohio has administered about 34 percent of its doses. According to West Virginia's governor, that state has either administered or scheduled every vaccine it has been allocated.

West Virginia is the only state to opt out of the national nursing home program. That program required states to "bank" vaccines. In Ohio's case, that amounted to close to 350,000 vaccines that the government was holding in reserve for second shots. The Trump Administration has now decided to release those doses, although there has been no stated timeline for when that will happen.

Starting next week, Ohioans 80+ will be eligible to begin receiving the #COVID19 vaccine. Today we launched a new vaccine provider tool to help make site information easily accessible, but each provider manages its own schedules and appointments. ➡ https://t.co/hqPtIO0reC pic.twitter.com/uWOkFfew3z

Since West Virginia was not part of the program, it did not need to hold vaccines in reserve. It has heavily relied on its National Guard to ferry vaccines around the state. It has turned its Guard headquarters into a command center for state agencies. Rather than limit the vaccine to medical workers, first responders, and nursing home residents, West Virginia also included essential workers, some as young as 50.

Governor DeWine said Thursday that some hospitals have struggled with getting shots into arms. In surprising numbers, Ohio medical workers have been reluctant to take the vaccine. Initially as few as 40 percent of nursing home staff took the vaccine. Those numbers have climbed during second visits to facilities. Meanwhile, West Virginia has nearly finished vaccinations for nursing homes, medical workers, firefighters and police. Soldiers distribute the vaccines in military convoys running out of that state's headquarters.

Looking at Ohio's vaccination dashboard, it is obvious that smaller counties are falling well behind other areas of the state. In western Ohio, Defiance County has vaccinated only 1.8 percent of its residents. Williams and Paulding counties are also around the 2 percent mark.

The good news for Ohio is that it begins Phase 1B on Tuesday. In Lucas County alone, there have been more than 44,000 eligible people in that group who have registered to get the shot.

At this point, there are about 3 million people in the first two vaccination groups. The daily numbers will increase greatly, as long as the supply begins to increase as expected.

Earlier this week, Johnson and Johnson announced early results from its vaccine trial. It showed that the vaccine was effective in generating neutralizing antibodies in the young and elderly.

Over the next week or two, the company is expected to release results of its 45,000-person trial. If the efficacy is adequate, they could have FDA emergency use authorization by early to mid-February. While they are encountering early problems with manufacturing, the company is hoping to produce 1 billion vaccines by the end of 2021. This would, obviously, relieve much of the supply side issues. It is also much easier to distribute and transport.