How close is Ohio to reaching 50 COVID-19 cases per 100,000? Putting Gov. Mike DeWine’s goal of lifting health orders in context 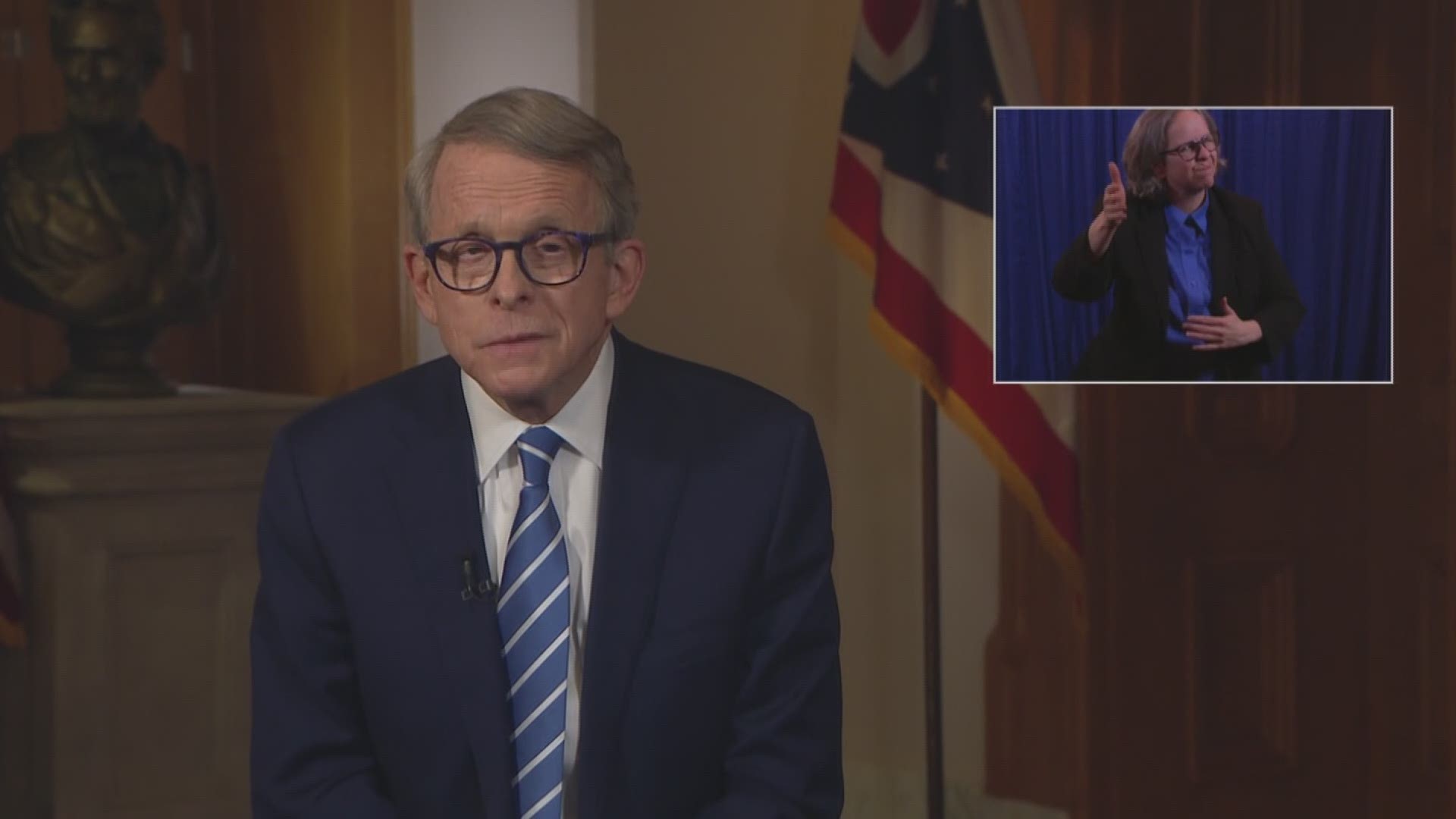 COLUMBUS, Ohio — After nearly a year with COVID-19 safety precautions impacting our lives, Ohio Gov. Mike DeWine has established a goal that would lift all health orders throughout the state once new cases drop to 50 or below per 100,000 people for two weeks. But how close are we to reaching that goal?

Here's where the math comes in... Officials take the number of new cases reported statewide within two weeks and divides it by Ohio's population of approximately 11,689,100. That result is then multiplied by 100,000, which ultimately gives the number of cases per 100,000. Here's an image from the Ohio Department of Health on the calculation method:

HOW CLOSE ARE WE TO REACHING THE GOAL?

Based on those calculations, Ohio would reach Gov. DeWine's goal of 50 cases per 100,000 with approximately 5,845 total new cases reported statewide for a two-week period. To give that number more context, Ohio's March 3 report of 179 cases per 100,000 came when the state documented 20,999 total cases for two weeks.

“While we set this milepost, we did it in the context of multiple other measures – which we’ve been sharing with you – that are pointing in the right direction," Ohio Department of Health Chief Medical Officer Dr. Bruce Vanderhoff said Friday. "But we also did it in the context of understanding that people really want a straightforward measure that we can follow.”

“I don’t really know how far we are away from that, but if the vaccine continues to come into Ohio at a high rate, which we believe it will, and Ohioans continue to vaccinate, we’re going to get there in the not-too-distant future," Gov. DeWine said Friday during a visit to an East Cleveland vaccination clinic.

Dr. Vanderhoff agreed that reaching this goal will take some time.

“I would not expect that we will reach this threshold in just a few weeks," he said. "I think it will be longer than a few weeks. How much longer? I just don’t know.”

When asked if we could reach the goal by summer or fall, Dr. Vanderhoff said he couldn’t offer a solid prediction at this time.

“I am really encouraged by the trajectory that I’m seeing right now," he said. "We have gone from numbers that were in the hundreds of cases per 100,000, and we are now below 200 and approaching 100 per 100,000 over a two-week interval in this state. That’s really encouraging. If the pace continues, obviously, we would arrive at that number in the very near future. But again, I’m expecting there will be some impact from the arrival of the B117 variant. I just don’t know how much of an impact, and no one does.”

DEEPER DIVE INTO THE NUMBERS WITH JAY CRAWFORD

During Friday's edition of What's New, Jay Crawford took a closer look at the science behind some of these numbers that the state is putting out.

So with that in mind, we need to get down to 7100 cases per two weeks, or roughly an average of 514 daily cases. Watch Jay's explanation below:

WHAT DOES THIS MEAN FOR NOW?

Until we reach the goal, this also means Ohio's mask order and all other current health restrictions will remain intact until further notice despite calls for Gov. DeWine to fully reopen the state and lift the mask mandate immediately.

RELATED: COVID-19 vaccines in Ohio: How you can make an appointment at a store near you

“In three months, we’ve gone down 550 cases per 100,000 people," Gov. DeWine said during a special statewide address Thursday afternoon. "Over the last month alone, we’ve gone down 265 cases per 100,000. Ohio is on the right path to get us to 50. This is thanks to the vaccine and thanks to your hard work and what you are doing every day to help mitigate the virus. Our path back is by continuing forward by wearing that mask and by getting that vaccine. While no one will be forced to take the vaccine, the more of us who can get vaccinated and the quicker we can get it done, the more complete will be our victory, the sooner we’ll have that victory and more confidently we can put this all behind us. Ohio, this is our path back.”

Dr. Vanderhoff warns, however, that we are not done with COVID-19 even when we meet this benchmark and Ohio's mandatory health restrictions are lifted.

“It simply means that we are at a phase that we can rely upon each other to make reasonable decisions in our personal lives about the safety measures that we undertake," he said.

Watch Gov. DeWine's explanation of how the goal to lift Ohio's health orders will work: