Gov. Dewine pleads with Ohioans to unite, protect each other in statewide address

The governor urged Ohioans to wear masks, follow the guidelines and protect each other in the fight against the spread of COVID-19. 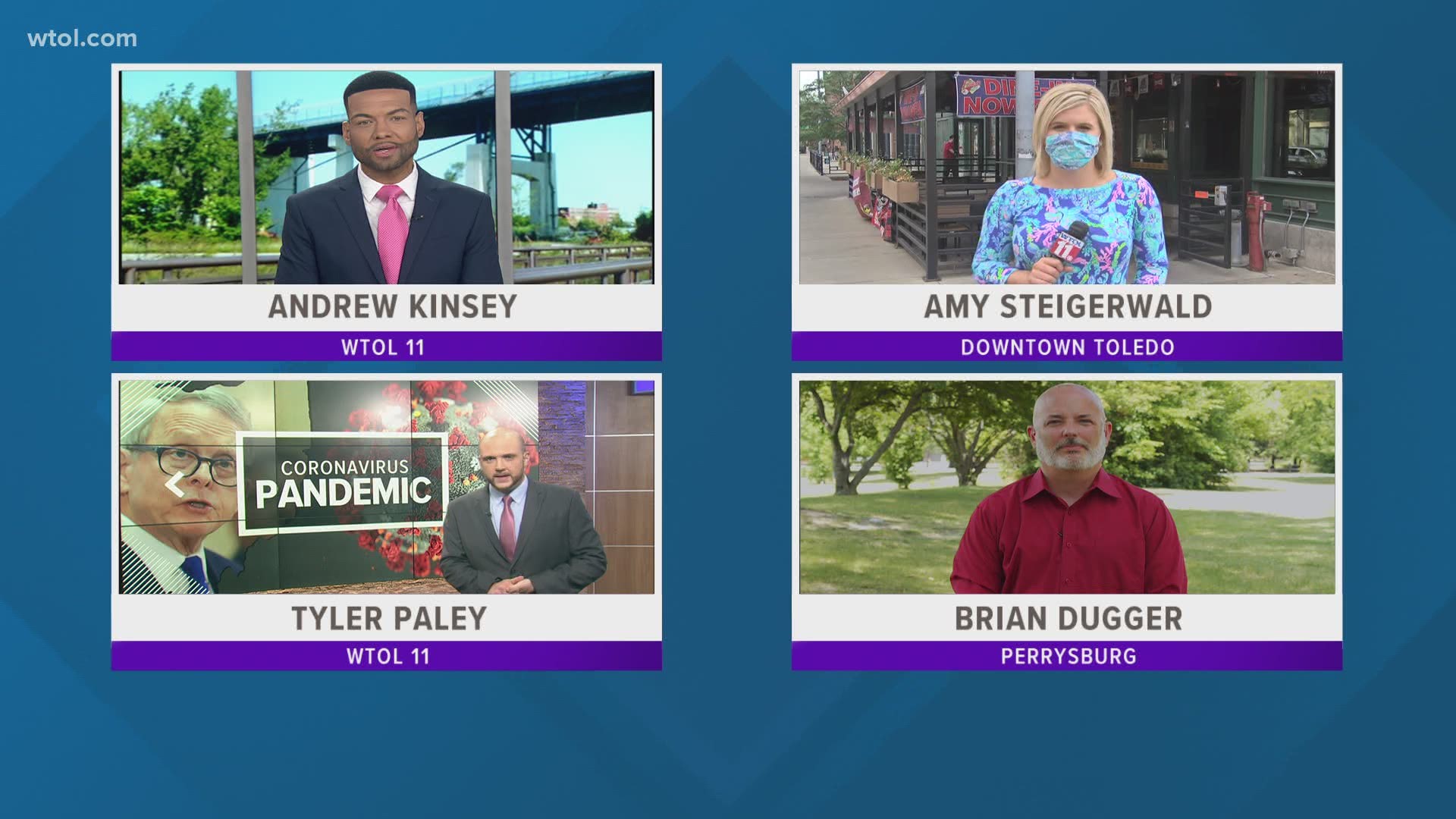 COLUMBUS, Ohio — Gov. Mike DeWine addressed Ohioans Wednesday evening with a message about unity in face of the spike of coronavirus cases in the state.

Despite expectations, the governor started off saying he was not going to issue any new health orders.

"Some have wondered what health orders might be issued tonight. That discussion is for another time. As your governor, I'll take any action necessary to protect Ohio citizens. But orders are not as important as what we all do in the days ahead. The future is in your hands," he said.

The governor is scheduled to hold a press conference Thursday to address new county designations on the coronavirus Ohio Public Health Advisory System.

DeWine talked to Ohioans for about 20 minutes, saying this is a critical time to act so the state does not find itself in a similar situation as Florida, Texas, Arizona and California.

The governor said the virus is spreading with vengeance across parts of Ohio.

"It lurks, waiting to attack victims in all 88 counties. Tragically, in four months, we've already lost 3,075 Ohioans to this dreaded disease - nearly the same number of Ohioans who died in the Vietnam War," DeWine said.

On Monday, Ohio had the largest daily increase in cases since the beginning of the pandemic, with more than 1,100 new cases reported.

He then went on to say although the state is testing more people, the number of positive cases skyrocketed by about 200%, which means the increase is not just because of more testing.

DeWine then asked Ohioans to do what's right now in order to change the future. His first plea was about masks.

"I'm asking you, wherever you live, to wear masks when in public. Some may question the wisdom of masks, but as we said when I was a prosecutor: 'The jury is back, The verdict is in.' There is broad consensus in medical, health and business communities that masks are critical," he said.

"But masks are not enough," he added.

He pleaded Ohioans to make good decisions so they can protect the economy and save lives.

"We are all tired of being cooped up. But we have to ask ourselves, what's better? Knowing you did all you could or taking risks?" he asked.

The governor ended the speech with a message about union and resilience, which he said is ingrained in Buckeyes.

“As someone who publicly praised the governor in the early months of this crisis, I could not be more disappointed in his speech today. As cases and deaths rise, he announced nothing that will change that direction.

Other states, led by leaders of both parties, are moving forward with statewide mask mandates and other more decisive steps. Kentucky and West Virginia did so last week, and they have fewer cases than Ohio. They are taking these steps because it’s plain to see that passive, reactive approaches like the governor’s -- simply running ads on television, televised pep talks, or confusing color-coded maps -- are not working.

More must be done. Immediately. And a broad, bipartisan majority of Ohioans strongly supports more being done."

The address was not a usual news conference, in that reporters did not ask questions after DeWine spoke.