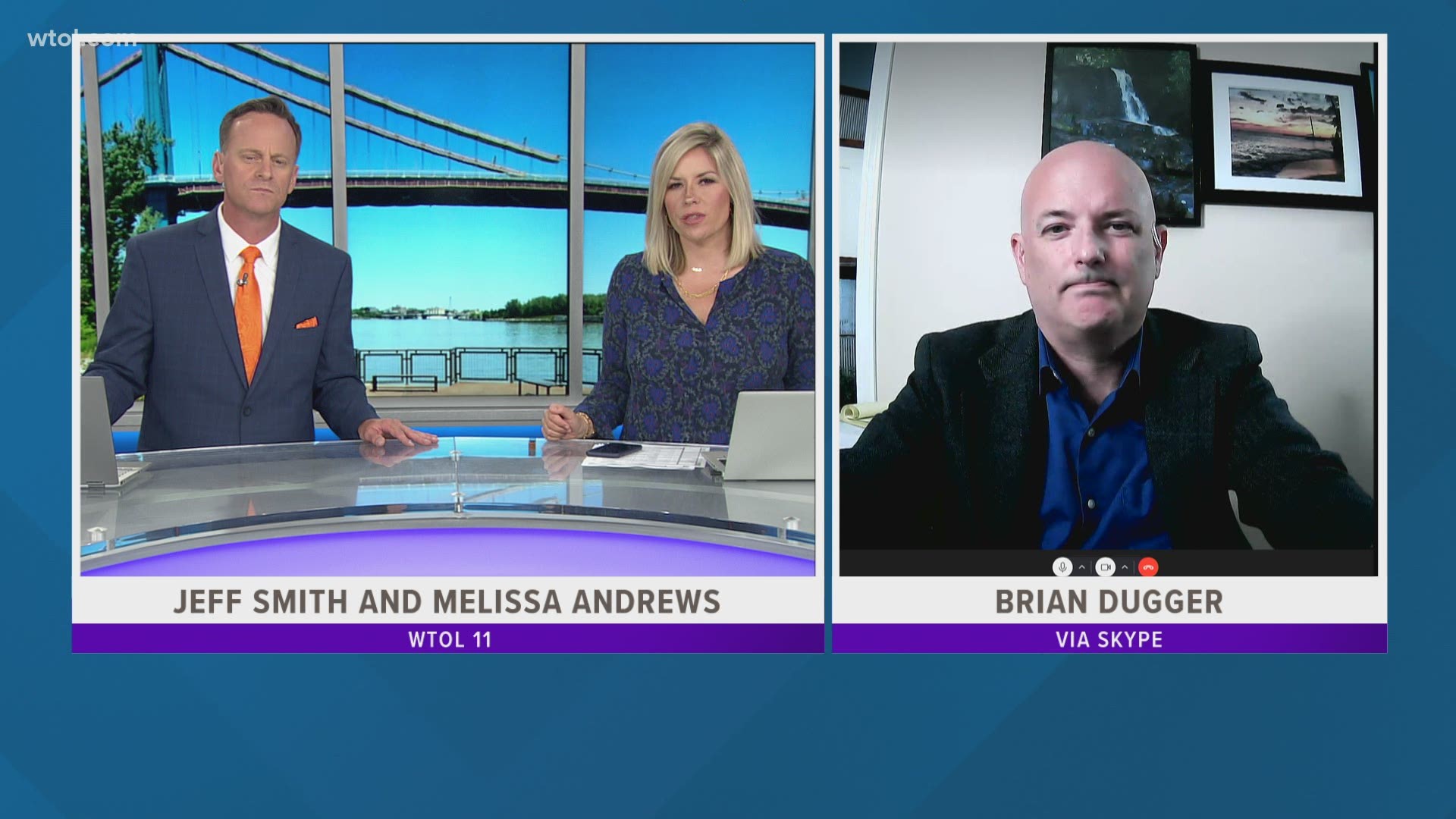 TOLEDO, Ohio — Ohio announced 1,456 new COVID-19 infections on Wednesday, a number the state has not seen since April 30.

This is the second straight day that Ohio has had more than 1,300 cases. As recently as July 6, the state was at 190 daily cases.

Though it is unknown what percentage of unvaccinated people are among the new cases, the state provided me numbers on Monday that indicate that hospitals are beginning to fill up with COVID-19 patients who have not received the vaccine.

A multitude of studies have provided differing numbers when it comes to the vaccines' effectiveness in preventing symptomatic illness from the virus, but all those studies agree that the vaccines offer extremely high protection against serious illness. There does appear to be slightly better protection afforded by the mRNA vaccines (Pfizer and Moderna).

What is clear is that Ohioans are not being vaccinated quickly enough to ward off a major jump in cases from the delta variant. On Wednesday, the state announced 8,459 vaccine starts. This compares to 95,071 on April 2.

With Wednesday's total, Ohio is now at 49.06% of residents with at least one dose, far below the national average of 57%. Not coincidentally, many of the nation's major outbreaks have come in states with low vaccination rates. Louisiana has vaccinated 41% of residents and reported nearly 7,000 cases on Tuesday. The state has roughly 4.7 million residents, compared to Ohio's 11.7 million.

But the vaccination vs. nonvaccinated divide is also playing out in Ohio. Lawrence County, in extreme southern Ohio, was one of the first locations to see a large bump in cases several weeks ago. The county has vaccinated 28.85 percent of its residents and has multiple zip codes with cases per 100,000 rates over 200 during the past two weeks.

Just like previous surges, outbreaks begin a ripple effect across the state, with cases spreading out from the outbreak location. During the last three weeks, clusters of cases began in southern Ohio, Dayton, Cincinnati, Columbus and along the Indiana border. Those clusters are now spreading north and east.

The CDC recommended this week that people in areas with substantial or high transmission levels should wear masks indoors - whether they are vaccinated or not. In northwest Ohio, those areas are Williams, Fulton, Defiance, and Henry counties. All four counties are below the state's average vaccination rate.

Daily infections have grown during the past three weeks, and hospitalization numbers are now beginning to climb quickly. There are now 560 people in Ohio hospitals because of COVID. That number was 200 on July 9. More alarmingly, the state is seeing big jumps in ICU and ventilator patients. There are 156 people in the ICU and 94 on ventilators. Ohio was down to 52 ICU patients on July 10 and 44 people on ventilators on July 9.

People often ask me about herd immunity, and it's a number that is hard to pinpoint. Initial thoughts were that we would need to achieve 70 percent vaccination to get there, or at least a combination of vaccinations and infections. But the thinking has shifted because of the delta variant, which is estimated to be 50 percent more transmissible than the original virus. Some guesses now are that a community will need to get 80 percent of the population vaccinated or with antibodies after infection to achieve herd immunity. It's not known how many people who had COVID later got the vaccine, but even if you add the 1.1 million infections to the 5.7 million who have been vaccinated, the state would still be at least 2 million shy of likely herd immunity.

Other worrying numbers I monitor are the positivity rate and reproduction rate. Ohio's positivity rate climbed to 4.3% on Wednesday, more than 3% higher than a month ago. The speed of the increase tells me that there are likely large numbers of cases that have yet to be reported.

EpiForecasts puts the state's reproduction rate at 1.3. What that means is that for every new COVID infection, that person will infect 1.3 additional people. Anything above 1.0 will result in exponential growth, which is why cases have jumped quickly in just three weeks.

The unfortunate news is that even with half the state vaccinated, all signs point to continued growth in cases during the weeks ahead.