COVID-19 in Ohio: The numbers behind the numbers

Reproduction and positivity rates continue to move in the wrong direction, driving up cases and hospitalizations. 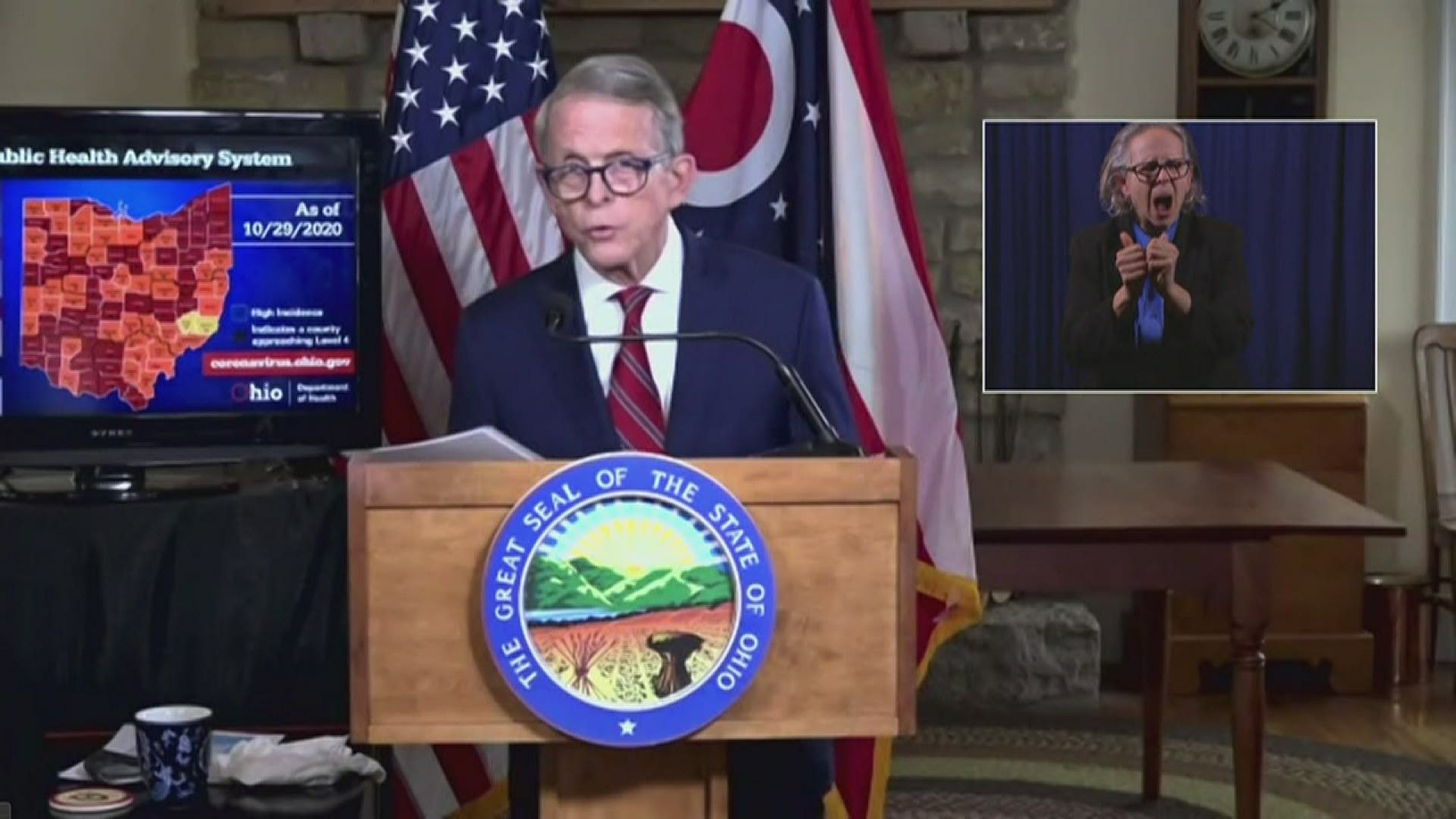 TOLEDO, Ohio — COVID-19 infections are up more than 25 percent this week.

Since late September, cases have increased more than 60,000.

The simple fact is that the virus is firmly entrenched in society, people have COVID fatigue, and people are letting their guards down when they are among family, friends, or even in group settings.

We hear story after story of one person infecting multiple people at a wedding, funeral, family cookout.

And that is resulting in a spike in the infection reproduction rate.

The infection rate means how many additional people an infected person will infect. If a person infects one other person, the rate would be 1.0. If this rate falls and stays below 1.0, the virus will eventually die out. If it stays above 1.0, it will grow exponentially. Ohio is currently at 1.16. It has been at or above 1.14 since Sept. 22, the point when the state began seeing dramatic growth in cases.

Ohio had 3,600 cases yesterday. Modeling says that those cases would turn into 90,000 additional cases in 60 days with a 1.16 reproduction rate - just from those 3,600 cases. What has remained pretty consistent is the fact that 10 to 12 percent of infections eventually result in a hospitalization. Obviously, if there are 100,000 cases in a month, that's a lot more hospitalizations than if the cases are cut back to 1,000 a day. We are already seeing the hospital numbers spike significantly.

The virus reproduction rate is different than the positivity rate, which measures what percentage of tests come back positive. The World Health Organization says a positivity rate above 5.0 is a widespread outbreak. Ohio is at 6.0. The ONLY reason Ohio’s positivity rate was above 10.0 in March and April is because Ohio was testing fewer than 1,000 people a day - the sickest of the sick. The state is now testing 40,000 to 50,000 daily. The fact that the rate continues to go up - with even more tests daily - is extremely concerning. With so much testing, you should be able to assume that the positivity rate would go down, but that isn't happening, which means there is significant virus in the community and the state actually isn't testing enough.

People continue to tell me that it's no big deal as long as bed availability stays at the levels we are. While it's true that beds are important, it's also true that the state can build more beds. It can't build more doctors and nurses.

Mercy Health's Kevin Casey told me yesterday that doctors and nurses have either been infected or exposed, causing them to be sidelined. He said each loss means that 10 people won't be treated. This impacts people having heart attacks, strokes, etc. - not just COVID-19 complications.

Dr. Casey said that their hospitals have had to share staff and that some elective surgeries have been postponed.

Frustratingly, the workers aren't being infected in the hospital. They have been infected in the community, where people just aren't taking the virus as seriously as they should. As the virus continues to grow, it puts additional health workers at risk.

➡ @OHdeptofhealth has announced another record-setting number of new #COVID19 cases. Between yesterday & today, another 3,845 cases were reported. Help us slow this spread down: wear a mask, practice social distancing, wash your hands. #InThisTogetherOhio https://t.co/3lWx4IRScb pic.twitter.com/tEARwSPW1l