Ohio Hospital Association (OHA) leaders explain that state hospitals are strained as healthcare workers are continually exposed to COVID-19 in their communities. 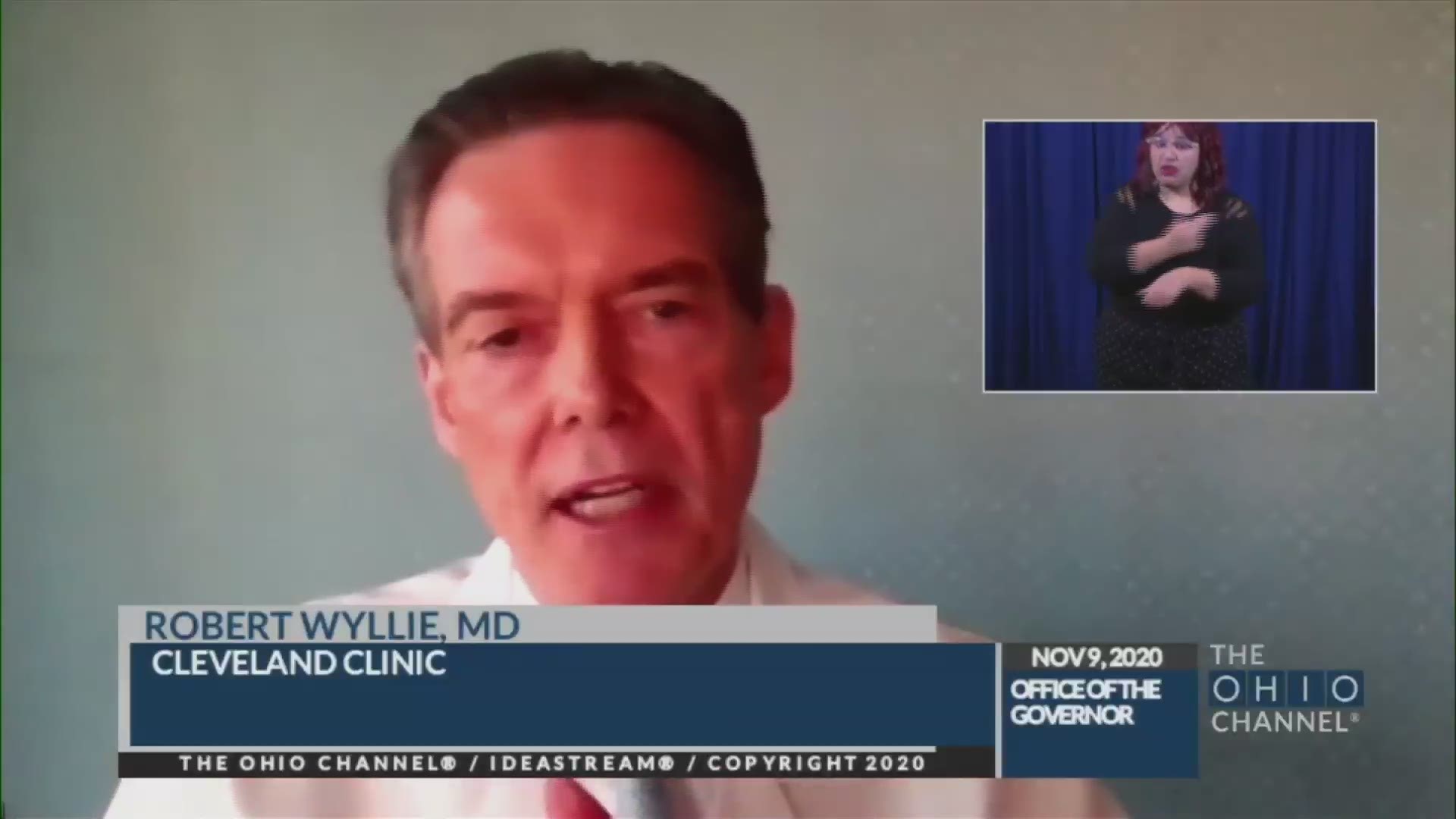 However, the concern doesn't lie in a lack of material resources, such as beds or personal protective equipment. As coronavirus cases continue to increase throughout the state of Ohio, it is becoming increasingly difficult to protect hospital staff. Health leaders said that hospital employees are generally not getting sick at work. They are contracting the virus, or are being exposed, while in the community.

The state health department's new chief medical officer, Dr. Bruce Vanderhoff, said that hospitals statewide reaching maximum capacity because of their exhausted supply of trained personnel. He explained that these workers can't escape the impact of COVID-19 in their personal lives and when they have to quarantine, they can't be bedside.

They live in our communities and they can't escape the impact of rising COVID numbers. When they have to quarantine, they can't be anywhere else. We need your help with masking, distancing, and hand hygiene. #InThisTogetherOhio

This is a sentiment first brought up in northwest Ohio, as Toledo-Lucas County health executives explained seeing a similar trend in area hospitals.

During Monday's conference, Vanderhoff noted an "unprecedented spike" in hospital utilization in all parts of the state.

"If we don't control the spread of the virus and our case numbers, we won't be able to continue caring for the acutely ill without postponing important, but less urgent care," Vanderhoff said. "And we anticipate that this kind of shift could happen quickly, in a matter of weeks, if trends don't change."

During last week's coronavirus press conference, Ohio Gov. Mike DeWine revealed that all 88 counties in the state were considered "high incidence." That threshold, as defined by the Centers for Disease Control and Prevention is 100 cases per 100,000 people.

Dr. Ronda Lehman, president of Mercy Health in Lima, said that people often think of hospital capacity in terms of bed space and imagine tents being erected, but that isn't the situation the state is in. Because of that, she said, it may be "a little bit invisible" what's happening inside of local hospitals.

Lehman explained that the biggest challenges aren't in prisons or nursing homes or even heavily populated cities, it is a statewide problem. She implored residents of small communities to recognize their behaviors have an impact on their neighbors, schools, churches and, of course, healthcare workers.

However, Lehman, and other health leaders on Monday's call, expressed optimism about the progress being made on a COVID-19 vaccine. Pfizer executives announced Monday that early results from their coronavirus vaccine suggest it might be 90% effective at preventing the virus.

Dr. Richard Lofgren, president and CEO of UC Health said that he and his colleagues were hoping for a vaccine with at least 75% efficiency, so having one at 90% would be a big win for the country in its fight against COVID-19. If the vaccine is approved, Lofgren said that in four to six months, much of the population could be vaccinated. The key, he said, is to not overwhelm the state's resources when an effective vaccine is in sight, calling on residents to monitor their own personal behavior and stick to the basics.

When asked if a second stay-at-home order would be effective, Lofgren and the rest of the panel agreed that at this point, legislating that behavior likely wouldn't do the trick. Bars, restaurants, schools and other public places generally aren't the source of spread.

Health leaders have said for months, that the majority of COVID-19 cases popping up have come from informal, personal gatherings. People tend to let their guard down around loved ones and Lofgren said that the "COVID fatigue" most people are experiencing is very real. However, now is the time to double down on actions like mask use, handwashing, physical distancing and crowd avoidance.

With holidays right around the corner, health leaders said that it is important to wear masks when gathering inside and that virtual celebrations are an option.

Last Friday, Nov. 6, the state reached the highest 24-hour increase in COVID-19 cases since the pandemic began, breaking 5,000 new cases in a single day with 5,008.

The Centers for Disease Control and Prevention defines "high incidence" as 100 cases per 100,000 people. All of Ohio's counties now meet these criteria, DeWine said at his press conference on Nov. 5.

On that same day, the governor reported that Putnam County, the highest on his list ranking each county in order of those with the most cases per 100,000 to the least, had 1,157.7, more than 11 times the CDC threshold.

DeWine said last week that there were 56 counties in the Level 3 (Red) category on the state's Public Health Advisory Map, adding 13 to the list since the week before.

Henry and Sandusky Counties were added in northwest Ohio, Sandusky for the first time. They joined Lucas, Defiance, Ottawa and Putnam who were already at that level.

Leaders with the Sandusky County Health Department said they are seeing a large increase in cases. Since Nov. 1, they have seen more than 85 cases and in the entire month of October, they reported 236.  Sandusky Health Commissioner Bethany Brown said there are growing concerns about hospital capacity if the numbers continue at the current rate.

DeWine said that 86% of Ohio's population now lives in a "red" county, with all 88 counties considered "high incidence."

In response, DeWine announced a long list of personnel changes at the Ohio Department of Health, including the long-anticipated role of health director once held by Dr. Amy Acton, which will be filled by Stephanie McCloud, who previously served as Director of the Ohio Bureau of Workers Compensation.

McCloud is expected to begin in her role on Nov. 16.

"We are all in this together and we will beat this virus together," McCloud said at Thursday's conference.

In addition to McCloud's appointment, the governor named off a long list of new additions to ODH, including:

DeWine has made note that additional changes to the state's response to the virus will be announced in the coming days, we will continue to keep you updated.