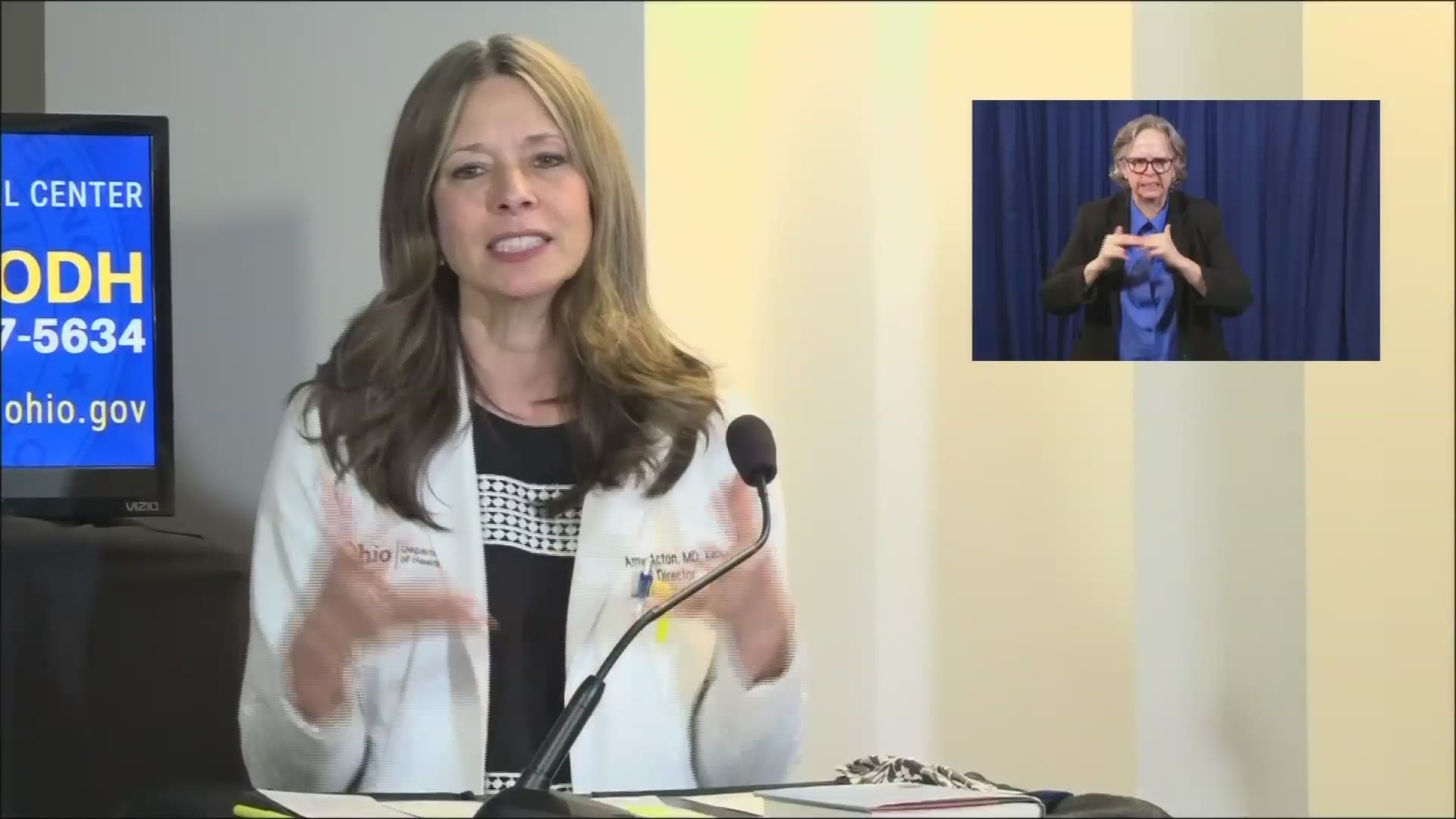 COLUMBUS, Ohio — Ohio Gov. Mike DeWine and Department of Health Director Dr. Amy Acton are holding a briefing on the state's handling of coronavirus this afternoon in Columbus.

According to the Ohio Department of Health, there are 13,725 confirmed and probable cases of coronavirus in the state. 557 people have died and another 2,779 are hospitalized.

As Ohio looks to increase its COVID-19 testing, DeWine announced the formation of a Testing Strike Team. The team will be led by a pair of former Ohio Governors in Richard Celeste, who governed the state from 1983-1991 and Bob Taft (1999-2007).

Additionally on Tuesday, DeWine announced that the Food and Drug Administration has approved a new version of a testing reagent produced by Thermo Fisher. DeWine said the approval will greatly expand Ohio's ability to increase its testing capacity and that the state is working with other companies to make additional reagent kits available in order to increase testing.

Dr. Amy Acton revealed that the state is building what she described as an "expansive recovery network" for its continued dealings with the virus.

"We don't want to just flatten this curve. We want to stay ahead of the curve," Acton said. "We are going to have to live with this virus for at least 18 months, which is why we're building an expansive recovery network."

Acton said as the state moves forward, it will focus its efforts on a five-part plan that includes the following steps:

RELATED: Social media reacts to health officials warning Ohio to not open up too quickly

RELATED: Schools across Northeast Ohio light up their stadiums in honor of the Class of 2020

RELATED: Health officials warn Ohio can't return to normal anytime soon as May 1 approaches: 'We are not through this'