Ohio will mail out checks to bars and restaurants to help amid COVID-19 pandemic, but is it enough? 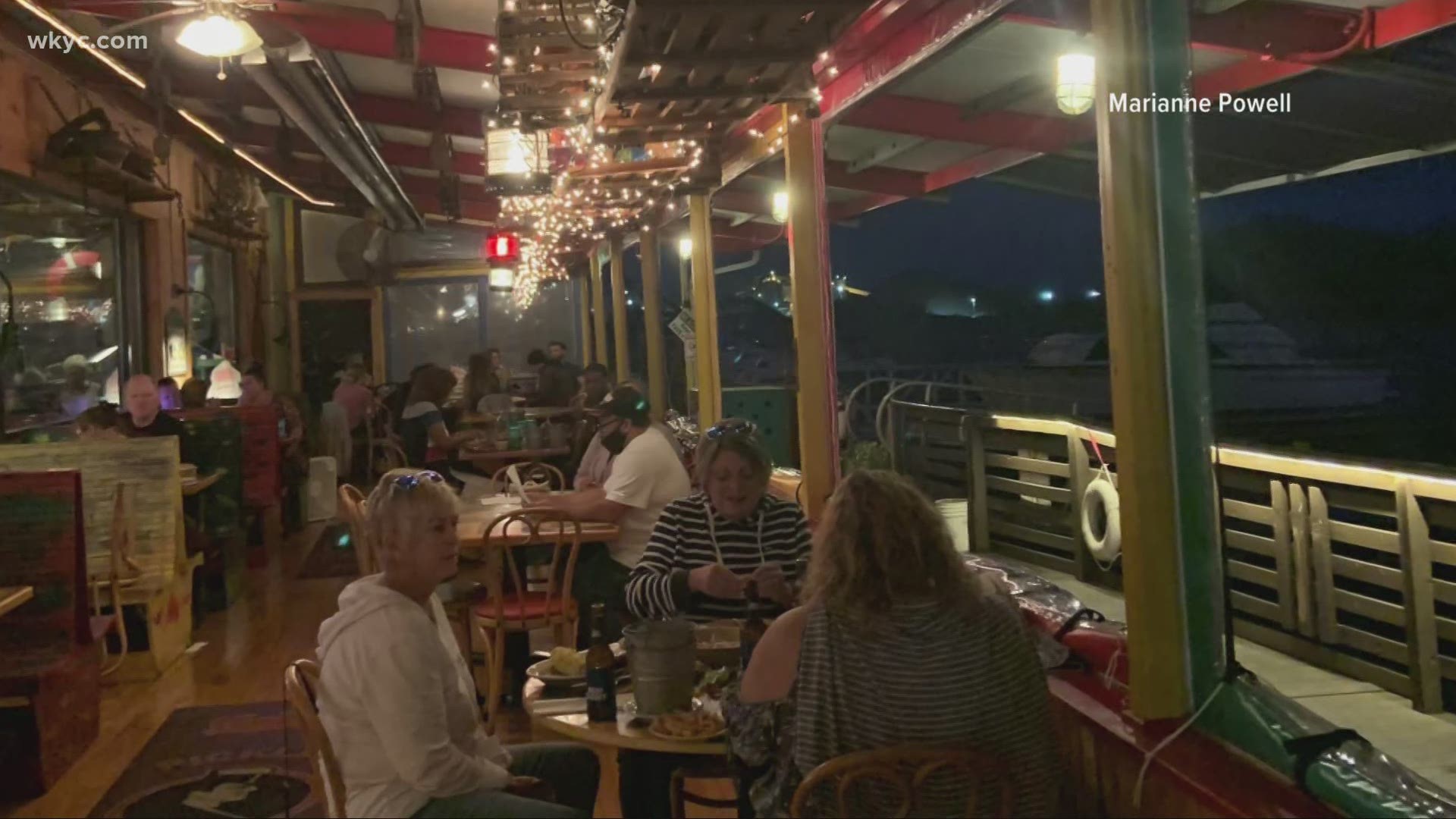 CLEVELAND — There is good news going into the weekend for about 15,000 bars and restaurants across Ohio.

On Friday, Governor Mike DeWine announced that each qualified for $2,500 in aid as part of his plan to spend $429 million in CARES (Coronavirus Aid, Relief, and Economic Security) Act funding.

“We will take anything we can get right now, anything will help,” said Marianne Powell of Pickle Bill’s Lobster House in Grand River, where the summer business was good, but the future is unclear.

“Now that we’re going into the winter months…it’s going to be a different ballgame,” Powell said.

In Bay Village, Mike Smith, owner of Thyme Table, believes restaurants could have used the money months ago.

“Too little, too late for a lot of people,” Smith said, pointing to his own expenses. “Just to put stuff at the bar cost us $1,000 and we haven’t even done the dining room yet.”

According to the Ohio Restaurant Association, 61% of restaurant owners recently surveyed said they will be forced to close within 9 months if they continue at current capacity.

On Friday, the association praised the state for giving something, yet criticized the federal government for not moving fast enough on another round of stimulus.

“We’ve seen people down as much as 70% in their sales versus a year ago,” said John Barker, Ohio Restaurant Association. “Getting sales back in is the best thing, but you know, getting a little help from the federal government is going to mean a lot for every business.”

The $2500 goes to businesses with liquor licenses, regardless of size. They can apply for an additional $10,000 if they can prove hardship.

At the Lincoln Park Pub in Tremont, owners want to enclose and heat their patio, yet worry they may need that money elsewhere.

“We’re almost afraid to make that investment,” owner Chris Merry said, “In the case we may need that money to stay afloat during another shutdown.”