Six people reported extremely rare blood-clotting events in the U.S., prompting the FDA and CDC to pause the vaccine distribution. 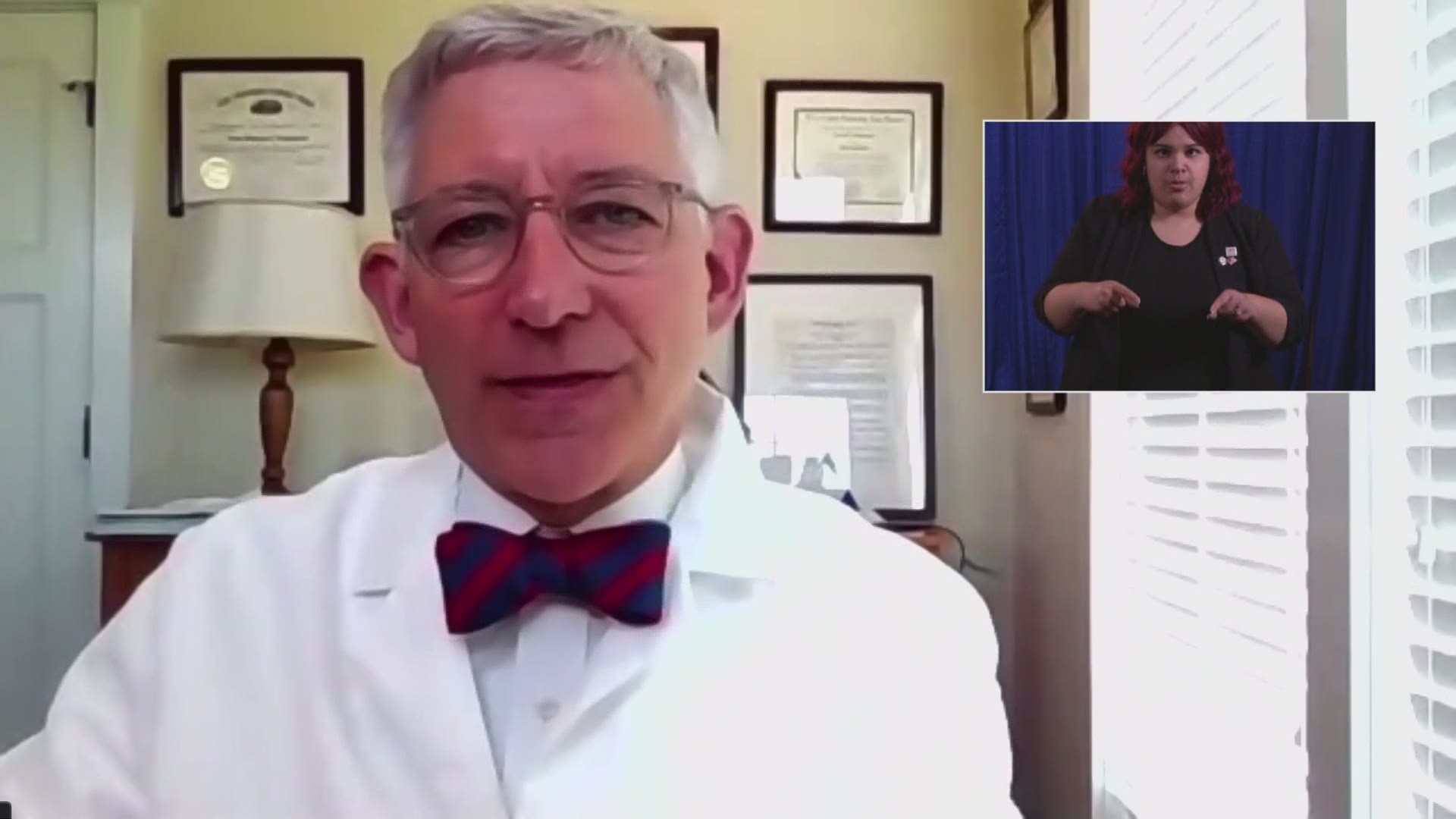 This move was made in response to a statement by the Food and Drug Administration (FDA) and the Centers for Disease Control (CDC) in which they also recommended providers briefly stop the use of the Johnson & Johnson vaccine following extremely rare blood-clotting events in six people in the U.S. after receiving the vaccine.

WHAT SHOULD OHIOANS KNOW?

Ohio Department of Health Chief Medical Officer Dr. Bruce Vanderhoff said the incidents occurred in six women between the ages of 18 - 48. They experienced symptoms within several days to several weeks, with the average onset after 9 days.

The clots were found in the sinuses of the brain along with reduced platelet counts, making usual treatments for blood clots potentially “dangerous.”

However, Vanderhoff noted that these incidents are just six cases out of the 6.8 million Johnson & Johnson doses that have been administered, making them very rare occurrences at this point.

This potential side effect has not been observed in the Pfizer and Moderna vaccines, making the pause focused solely on J&J as the FDA further investigates the rare combination of the blood clotting and low platelets.

Vanderhoff said the fact that the CDC and the FDA have pushed the pause button after just six incidents should give people confidence in the the reliability and transparency of the CDC's safety nets and reporting system.

"I continue to be absolutely confident in the safety of these vaccines and frankly I see this move today as one of great transparency in the process," he said during Tuesday's briefing.

Lt. Gov. Jon Husted received the Johnson & Johnson one-dose shot five weeks ago, and said that he still feels confident in its safety. He reported having no side effects or adverse reactions and noted he would recommend it to a family member or friend.

DeWine noted that the majority of Ohio's Johnson & Johnson shots have gone to universities and mass vaccination clinics.

Last week, most students in the state who wanted a COVID-19 vaccine were able to get one. However, some larger universities were supposed to continue distributing J&J shots this week.

Some of these schools, and the mass vaccination clinics equipped with Johnson & Johnson will instead be giving out the Pfizer or Moderna vaccine. Here's a look at what some of these impacted vaccine sites will be doing in the short-term.

In northwest Ohio, several vaccination sites have been impacted:

SYMPTOMS TO LOOK OUT FOR

If you recently got the J&J shot and experience the above symptoms, contact your doctor.

WHAT IS CAUSING THESE BLOOD CLOTS?

Currently, nobody knows the exact cause of these rare blood clots. Dr. Susan Koletar with The Ohio State Wexner Medical Center said experts are working to learn if the incidents were causal or coincidental.

UPDATE: Today’s #COVID19 vaccine clinic via @ToledoLucasHD is still on. Those who are scheduled will be given Moderna shots instead @WTOL11Toledo

In a joint statement Tuesday, the Centers for Disease Control and Prevention and the Food and Drug Administration said they were investigating clots in six women that occurred 6 to 13 days after vaccination. The clots were observed in the sinuses of the brain along with reduced platelet counts — making the usual treatment for blood clots, the blood thinner heparin, potentially “dangerous.”

More than 6.8 million doses of the J&J vaccine have been administered in the U.S., the vast majority with no or mild side effects.

U.S. federal distribution channels, including mass vaccination sites, will pause the use of the J&J shot, and states and other providers are expected to follow. The other two authorized vaccines, from Moderna and Pfizer, make up the vast share of COVID-19 shots administered in the U.S. and are not affected by the pause.

"Right now, these adverse events appear to be extremely rare," the FDA said in its statement. "This is important to ensure that the health care provider community is aware of the potential for these adverse events and can plan due to the unique treatment required with this type of blood clot."

CDC's Advisory Committee on Immunization Practices will meet Wednesday to discuss the cases and the FDA has also launched an investigation into the cause of the clots and low platelet counts.

“Until that process is complete, we are recommending a pause in the use of this vaccine out of an abundance of caution,” Dr. Anne Schuchat, principal deputy director of the CDC, and Dr. Peter Marks, director of the FDA’s Center for Biologics Evaluation and Research, said in a joint statement.

They are recommending that people who were given the J&J vaccine who are experiencing severe headache, abdominal pain, leg pain, or shortness of breath within three weeks after receiving the shot contact their health care provider.