A 3News producer noticed the sign and our crew stopped by to speak with the couple. 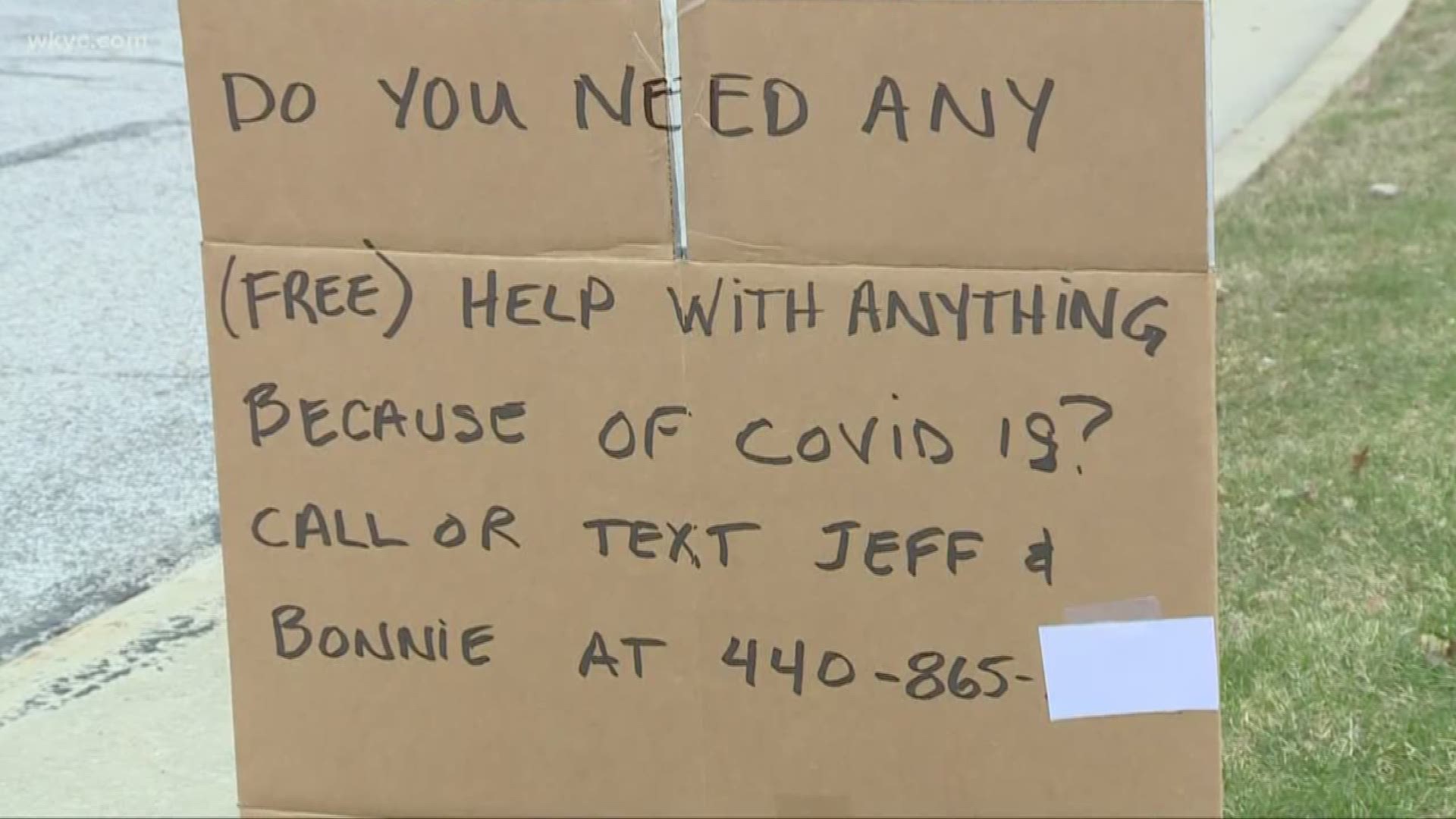 BRECKSVILLE, Ohio — With so many disruptions to our everyday lives, there's a lot of uncertainty.

Despite the unknowns there are businesses, groups and individuals in this community who are willing to step-in and help.

Jeff Rolf was moved after his pastor’s online sermon Sunday which called the congregation to serve others.

Rolf joked that he “created a really expensive cardboard sign out of an old box.”  He and his wife are offering help to people who live in their neighborhood.

The sign reads “Do you need any (free) help with anything because of COVID19? Call or text Jeff & Bonnie.”

“If somebody needs, my goodness, a roll of toilet paper, they can’t get out because they’ve got a child at home they didn’t expect to have and they need a run to the grocery store anything,” says Rolf.

“I’d say we had no less than three or four of the neighbors that called and said hey, I really like that, anything we can do to help.”

One of those neighbors is Tom Wagner who also happens to attend Cuyahoga Valley Church.

“We were driving down the street and saw the sign,” he says. “I don’t think we made it to our house before we were on the phone saying sign us up.”

While no one in the neighborhood has yet to call, Rolf believes someone will reach out in the coming days.

He’s relying on his faith during this time.

“This too shall pass, we’ll all be smart we’ll come together, we’ll work this out and hopefully a month or two from now we’ll be looking at this in the rear view mirror saying boy that was a really good lesson learned,” he says.

Watch the most recently developments from Gov. Mike DeWine below:

RELATED: Mom Squad: The cleanest project to do with the kids

RELATED: Local restaurants adjust to life without dine-in customers due to coronavirus

RELATED: Looking for something to do during coronavirus boredom? Break out those old board games

RELATED: Activities to keep you busy during coronavirus closures - even while social distancing