For the week ending April 25, 92,920 people filed jobless claims, according to the Ohio Department of Job and Family Services. 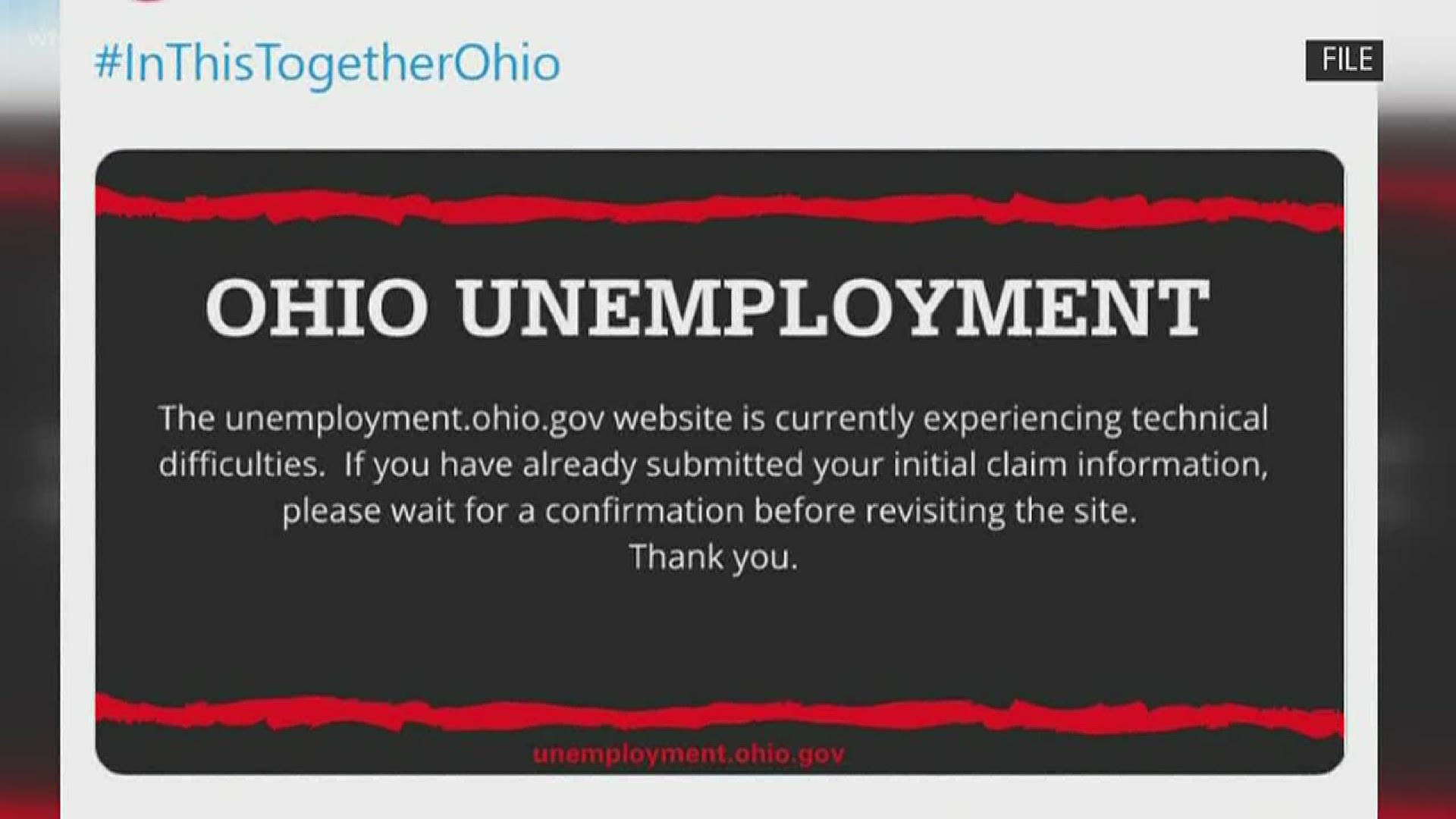 COLUMBUS, Ohio — More than 1 million people have filed unemployment claims in the past six weeks as Ohio's stay-at-home order continues to depress the economy and lead to widespread layoffs.

For the week ending April 25, 92,920 people filed jobless claims, according to the Ohio Department of Job and Family Services. That's down from the 109,369 claims filed for the previous week.

The numbers announced Thursday pushed the total claims in the last six weeks to 1,057,486 - almost 341,000 more than the total number of claims over the past two years. The state says it has now distributed more than $1.45 million in unemployment checks to more than 481,000 claimants.

Nationally, more than 3.8 million laid-off workers applied for U.S. unemployment benefits last week, according to the government. Roughly 30 million people have filed for jobless aid in the six weeks since the coronavirus outbreak began sending millions of U.S. workers home.

For helpful websites, tips and more on filing for unemployment, click here.

The Ohio Department of Job and Family Services urges individuals to file their claims online, if possible, at unemployment.ohio.gov. Each claim is important to us, and we recognize the hardship that the COVID-19 pandemic has placed on many Ohio families. We have been working around the clock to streamline performance and boost capacity by adding servers so the online claims system can handle the unprecedented influx of claims, which has affected processing times.

It's important to keep in mind that during previous downturns in the economy, claims came in waves as the recession worsened and industries began to shut down whereas these claims came in all at once and created a tsunami. This amount of claims in this short expanse of time would tax any online system, especially one that is 16 years old. It’s also important to note that unemployment insurance automated systems around the country are also struggling with the increased claims load.

Workers who lose their jobs as a result of the coronavirus can enter the mass-layoff number 2000180 on their applications. However, if affected individuals have already submitted claims without this number, they do not need to add it.