Mike DeWine week in review: What Ohio's governor had to say about the coronavirus pandemic

DeWine unveiled guidelines for reopening schools, & also pledged the state would do enough to avoid a dire spike of COVID-19. 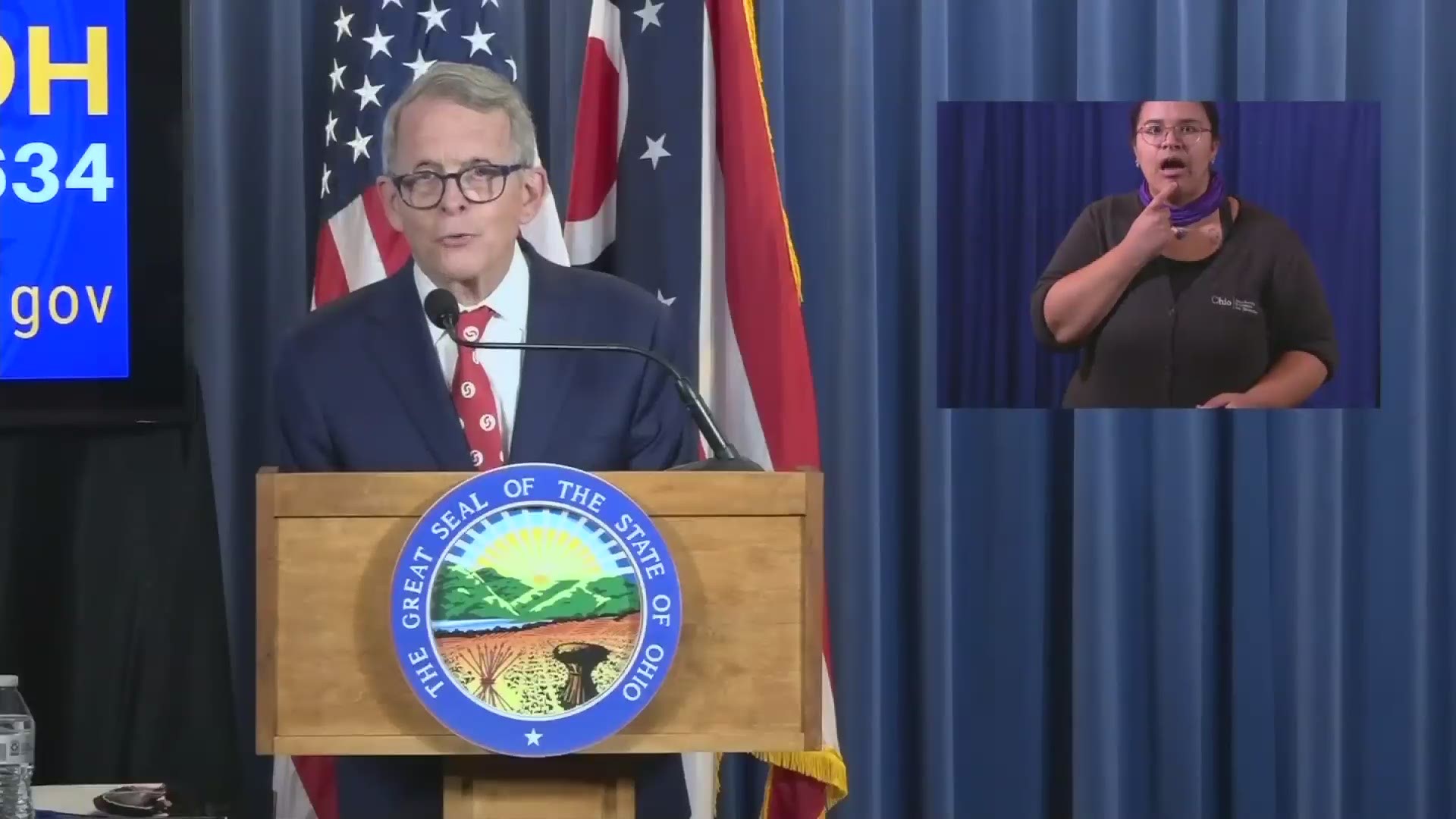 COLUMBUS, Ohio — It's been another busy week for Gov. Mike DeWine.

Ohio's leader made several announcements and proclamations this week in regards to the coronavirus pandemic. From nursing homes to schools to masks, few stones were left unturned.

Below is a comprehensive review of the main things DeWine spoke about this past week.

On Monday, DeWine announced all nursing homes in the state will be allowed to conduct outdoor visitation beginning July 20 if they meet certain safety standards. He asked facilities to consider things such as case status, testing, and staff levels when crafting their policies.

"My job as governor is to protect all Ohioans," the governor said. "Part of that job means putting measures in place to keep people safe from COVID-19. It also means protecting those things that add value to life. Balance has been and remains the operative word in our efforts." 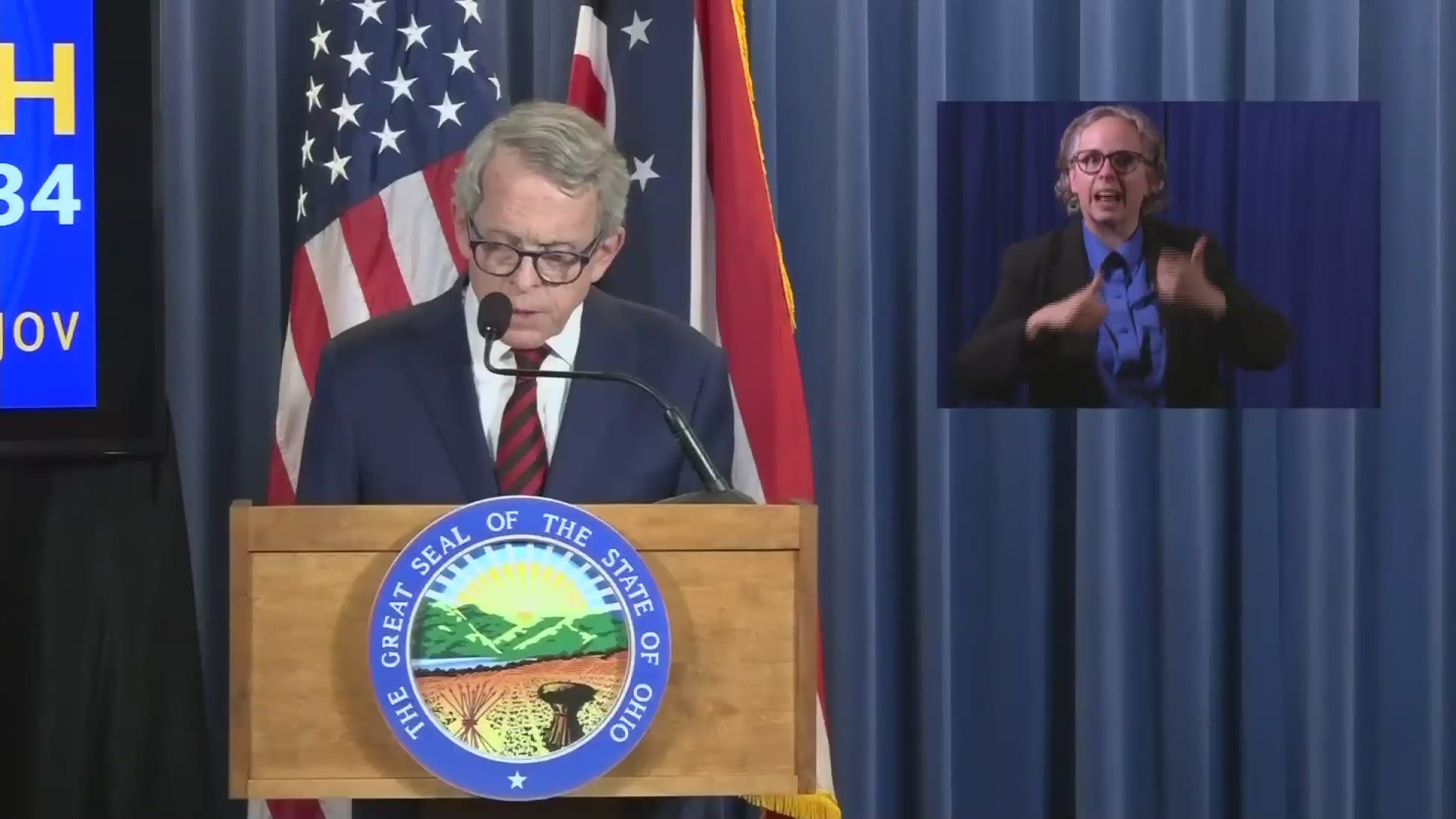 DeWine has been steadfast in his belief that wearing face mask can help mitigate the spread of COVID-19, even as the issue has become highly politicized in other conservative circles. During that same Monday briefing, he referred to the coverings as "a symbol of freedom."

The governor even partly waded into the debate over mask mandates later in the week, voicing his support for a Dayton ordinance that requires them for the city's citizens. However, he has continued to stop short of a statewide mandate, instead encouraging communities to do what they think is best. 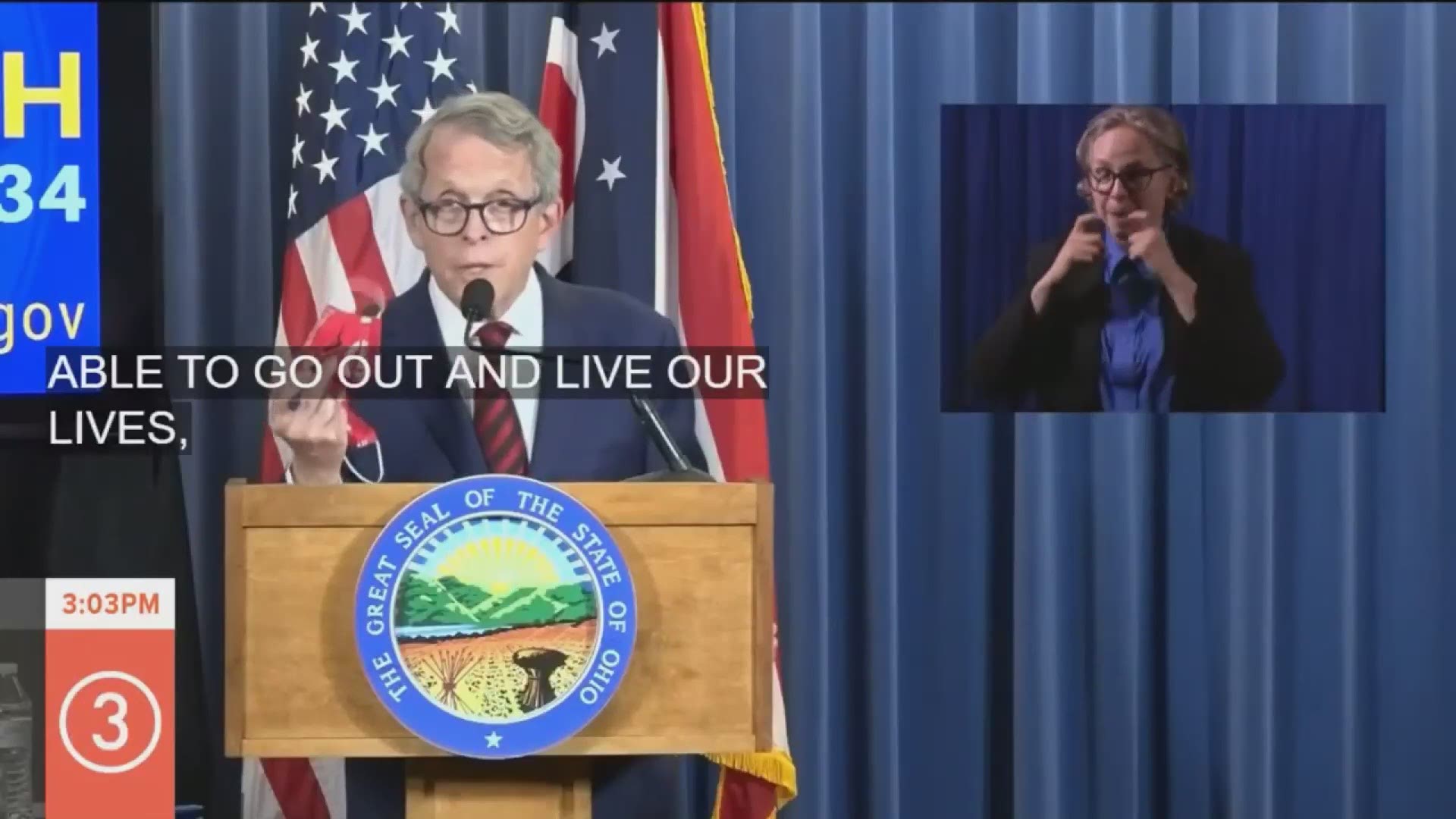 DeWine's most-anticipated announcement came on Thursday, when he revealed the state's guidelines for allowing schools to reopen. The governor agreed with experts that students should ideally return to the classroom in the fall, but several restrictions will be in place, namely a requirement that all school employees wear masks and a suggestion that all students in third grade or above do so as well.

"We have an obligation, all of us, to educate our children and to keep them safe," DeWine said, adding that the layout of schools still makes them a prime spot for spreading the disease. "There's a general consensus that kids need to get back into the school building." 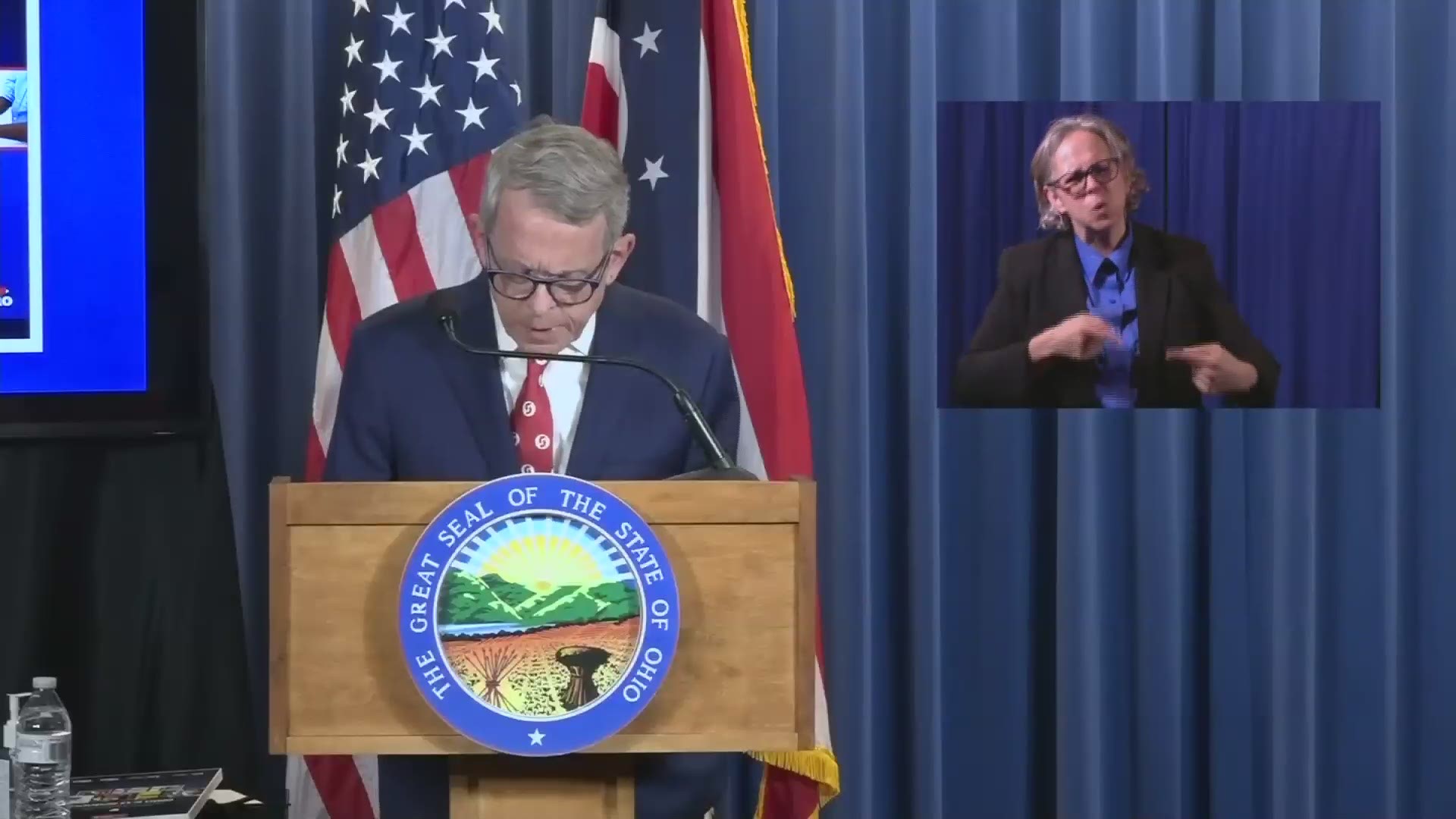 Also on Thursday, DeWine unveiled a new color-coded system designed to measure which of Ohio's counties are currently under the largest threat for the coronavirus. Seven counties (including Cuyahoga, Huron, and Trumbull), are at "Level 3," while Franklin County (Columbus) is on a "watch list" for the most-severe Level 4.

"Ohioans should assume that if one member of their household is sick, then every household member is sick, as well," DeWine said. "That means taking appropriate measures to control the spread, which should include self-quarantining and contacting a doctor."

'We're literally fighting for our lives'

COVID-19 cases have surged across Ohio in recent weeks, and DeWine is hoping this will be a "wake up call" for those not taking the threat as seriously. He also vowed the state would not end up like other parts of the country where their spike has been so severe they are closing things down again.

RELATED: Confirmed coronavirus cases are rising in 40 of 50 states heading into holiday weekend

Despite critics from within, popularity soars

DeWine has not been without his detractors, with many of them coming from his own Republican Party. The Warren County GOP on Monday even publicly rebuked the governor for delaying the March primary election and for "improperly outsourcing" decisions to former Ohio Department of Health Director Dr. Amy Acton.

Although his critics have continued to be vocal, they appear to reflect a decided minority of Ohioans. A Quinnipiac University poll released on June 24 showed DeWine currently has a 75% approval rating, one of the highest for a governor in state history. By contrast, only 44% of residents approve of Republican President Donald Trump.