Specifically, people in certain settings must remain seated & masked, while things such as dancing & games will be banned. 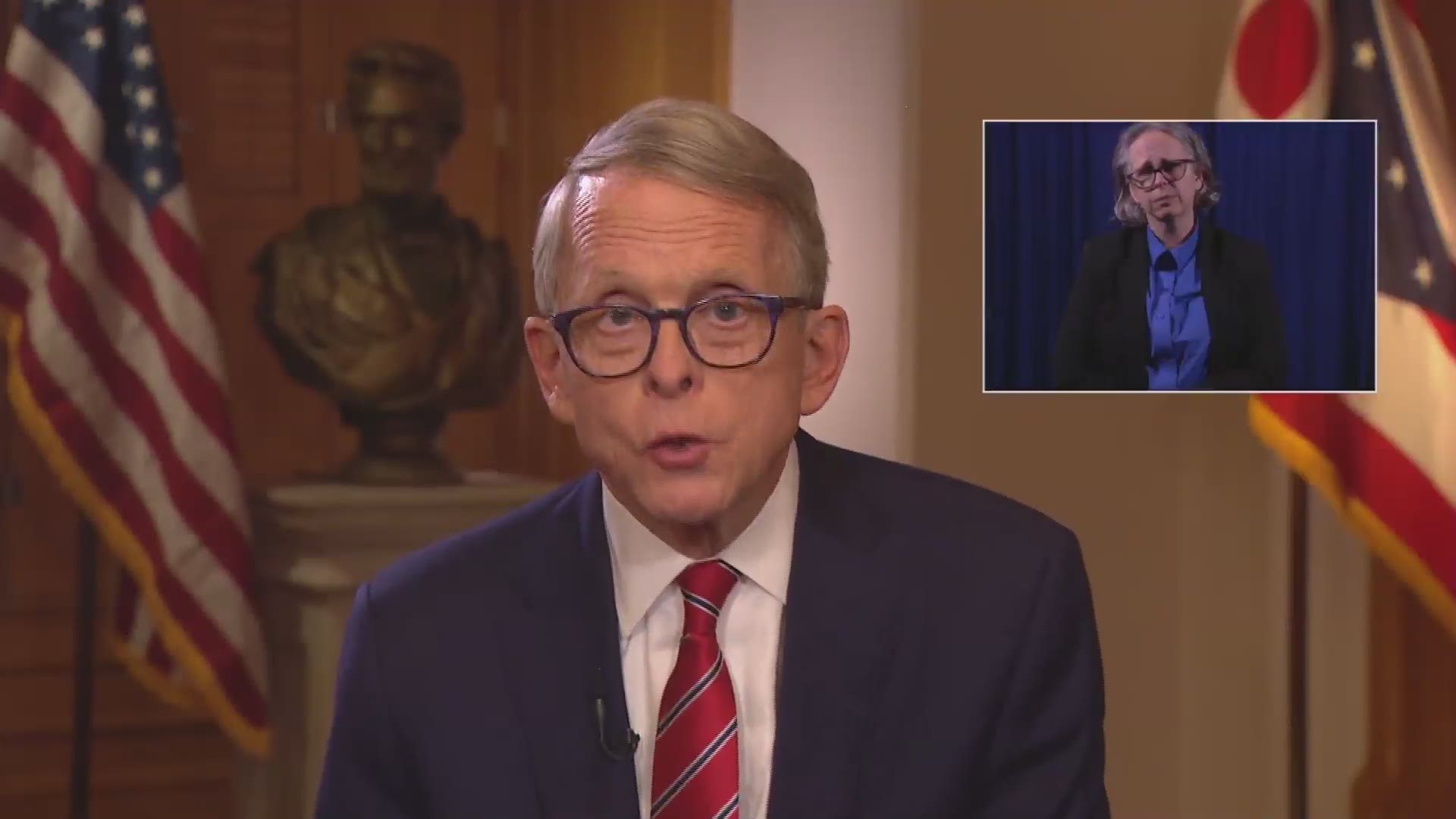 COLUMBUS, Ohio — Gov. Mike DeWine will issue a new order "in the next few days" that will place even more restrictions on the gatherings he says have been the primary reason for Ohio's recent COVID-19 surge.

In a statewide address late Wednesday afternoon, DeWine reiterated a directive limiting most gatherings to 10 people or less remains in effect. However, he now says open congregate areas "can no longer be open."

Specifically, the governor's order will require everyone in these settings to sit down with their masks on unless they are "actively consuming" food or drinks. In addition, activities such as dancing or playing games will be strictly prohibited.

"Ohioans have not faced such a collective challenge in 100 years, and whether you are five, 15, 25, 50, or 80 years old, you are facing this same challenge and have the same opportunities," DeWine said.

Back in September, Ohio was averaging less than 1,000 new coronavirus cases per day, but on Tuesday reached a pandemic high of more than 6,500 new cases. DeWine has pointed to events such as weddings and funerals, more so the banquets and receptions that follow the ceremonies themselves. The governor again pleaded with residents to consider postponing the gatherings, while acknowledging the difficulty involved with such a decision.

"None of us could easily forgive ourselves if we learned that a loved one contracted the virus because we had it and did not know it," he said. "It's not worth the chance."

Other than these new restrictions, DeWine did not issue any new orders specific to bars and restaurants, which already must limit capacity and stop serving alcohol after 10 p.m. The status of these businesses and others will be reevaluated next week.