Days after learning of new court motion by Ohio Innocence Project, Karl Willis is now struggling with his symptoms at Allen Correctional Institute. 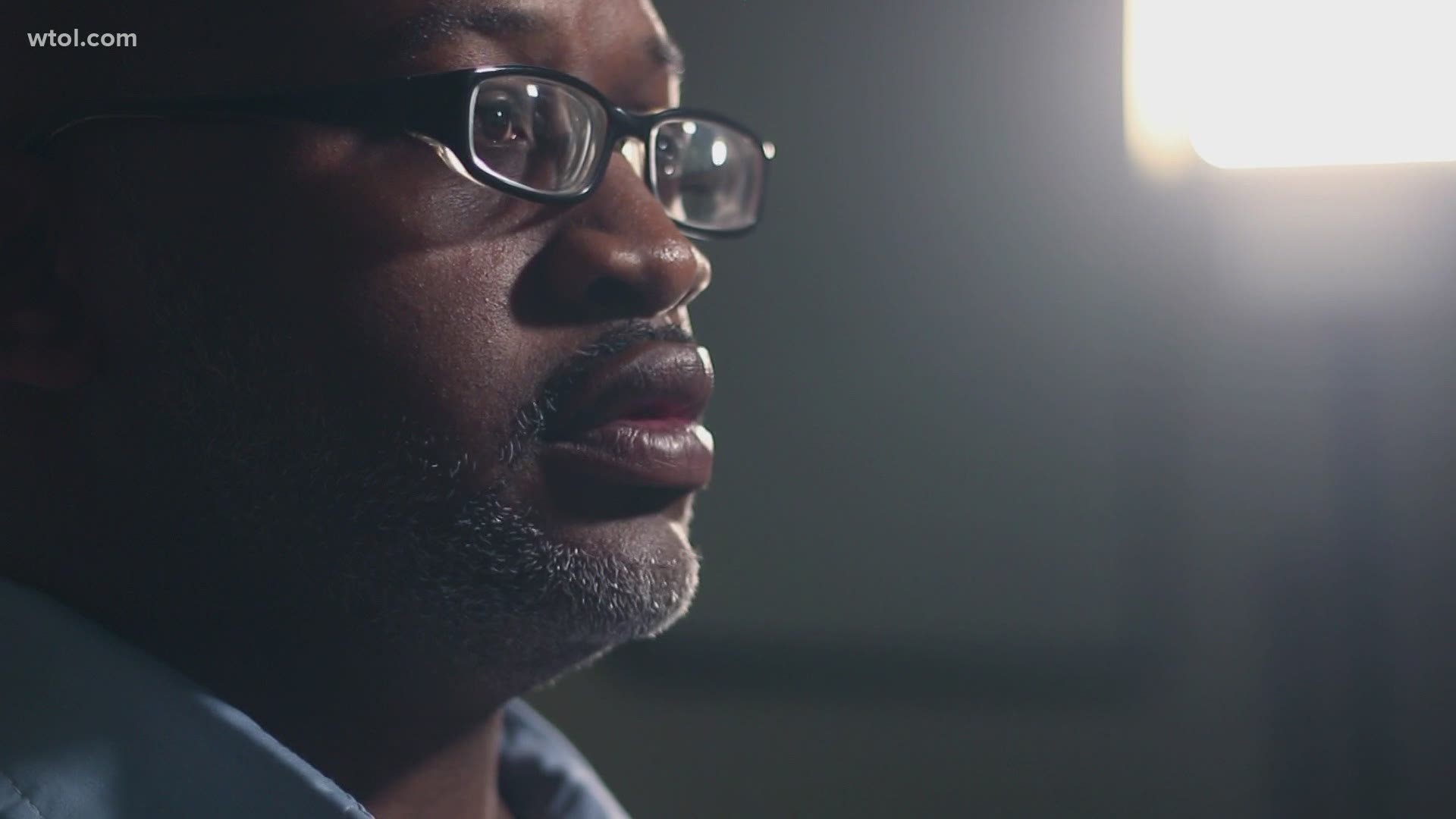 LIMA, Ohio — For months, Karl Willis had feared that COVID-19 would get into Allen Correctional Institute.

He is serving a life sentence for a crime he says he did not commit - the murder of a 13-year-old boy in 1998. His denials, along with those of friend Wayne Braddy, were investigated in last year's WTOL 11 report, "Guilty Without Proof."

That investigation is the basis of a motion for a new trial by the Ohio Innocence Project. The Lucas County Prosecutor's Office has until Monday to respond to the motion.

Willis has multiple underlying conditions, including severe asthma, that make him susceptible to COVID-19 complications.

In April, he called me. In a desperate voice, he told me, "I lost my mom, my dad, my grandmother, and now this. I would have been a great father. I already was."

"Friday afternoon, I went to medical because I was having symptoms. My head was hurting the night before, my throat was itchy," he said.

Willis said it has been extremely hard for him to breathe at night.

Tuesday afternoon, he was notified he was positive for the potentially deadly virus. As of Wednesday, the state was reporting that 79 inmates are positive at Allen Correctional and 28 are awaiting results.

After being at the center of the pandemic in Ohio in April, cases in state prisons are once again surging. There are currently 230 inmates who are infected and another 527 who are awaiting results

"The people who are fighting for me and believing in me and keeping me in their prayers, that's what's keeping me strong," Willis said.

Willis said that while he awaited the results of his test, he was segregated in "the hole," where he did not have telephone privileges and had limited meals.

Once he was found to be positive, he was moved to a previously shuttered unit in which the bathrooms were overflowing with feces and no one was doing the cleaning, he said.

The Ohio Department of Rehabilitation and Correction responded to his complaints with the following statements:

"There are currently 59 offenders who are in a formerly closed housing unit. The unit is supplied with the appropriate chemicals for cleaning purposes and the unit is cleaned on a routine basis," it read. "COVID housekeeping policies require general cleaning three times per day and high traffic areas are disinfected approximately every 30 minutes."

A state spokesman did confirm that the visitor's area has been turned into an overflow infirmary. Willis said prisoners who require the use of oxygen are being moved into the area. He said inmates on stretchers have been a constant sight for the last several days.

"I want to tell people to keep us in your prayers and continue to fight for justice," he said. "I'm innocent - and Wayne Braddy is too."