The sheriff's office said the inmate is being housed and treated in the medical ward of the jail under the care of Southern Health Partners. 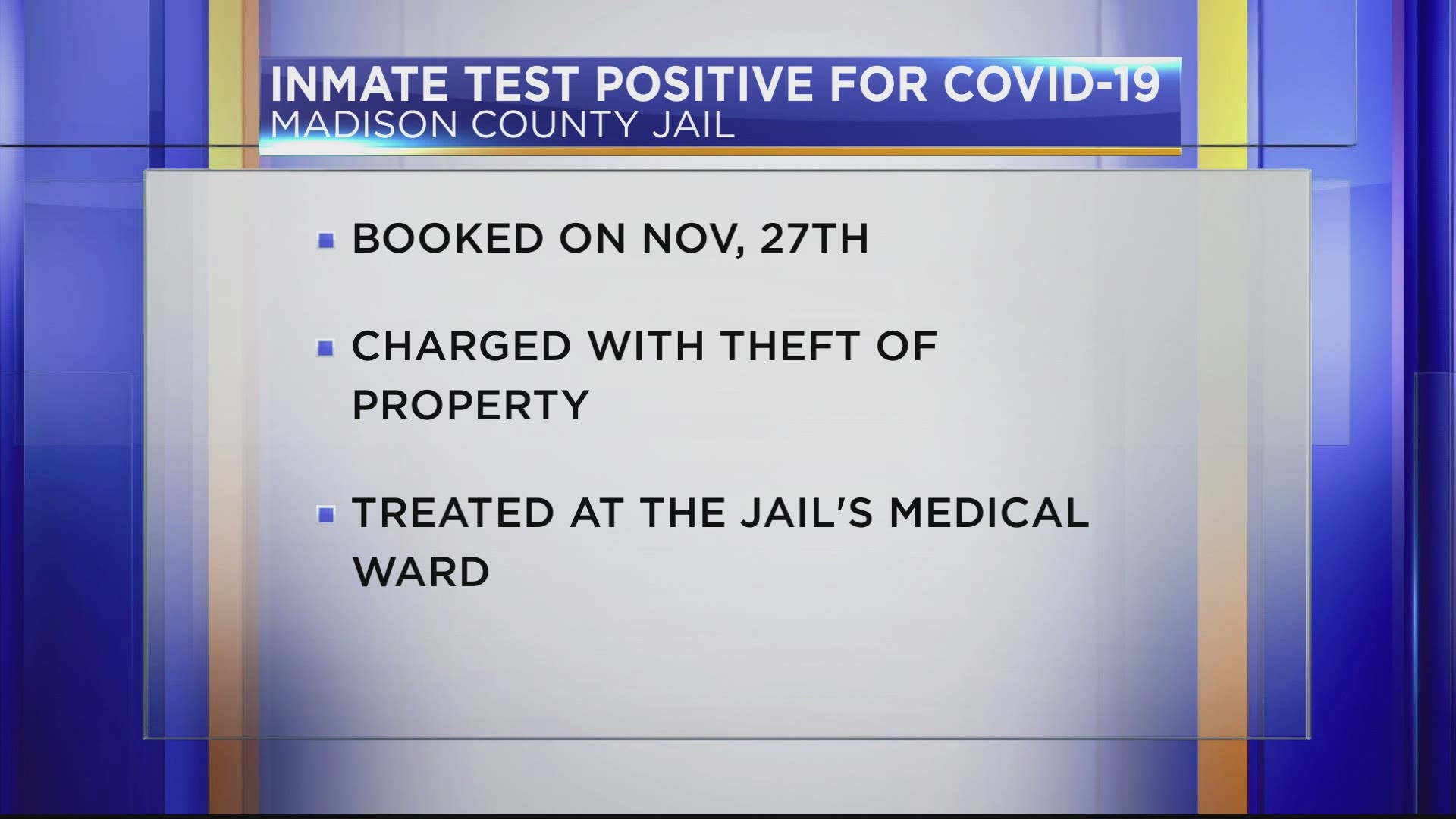 The sheriff's office said the inmate is being housed and treated in the medical ward of the jail under the care of Southern Health Partners.

The 34-year-old man was booked into the Madison County Jail on November 27 after he was arrested by Madison police officers for theft of property, failure to appear warrants and probation violation, according to the sheriff's office.

RELATED: Gov. Ivey mask mandate and Safer-at-home order extended into January. What does this mean for you?

The man was originally taken to the medical ward for an unrelated skin condition. He was transferred to the jail's COVID-19 quarantine unit after he was cleared to leave the ward on December 1.

On December 7, the man began to run a fever and was transferred back into the medical word and given a COVID-19 test, which came back as positive on December 10. The sheriff's office said movement to and from the quarantine unit in which the inmate has been housed has been stopped and jail staff are utilizing a secondary quarantine unit for new arrivals.

Contact tracing has been performed and all inmates in the quarantine unit are being tested for the virus by Southern Health Partners, according to the sheriff's office.