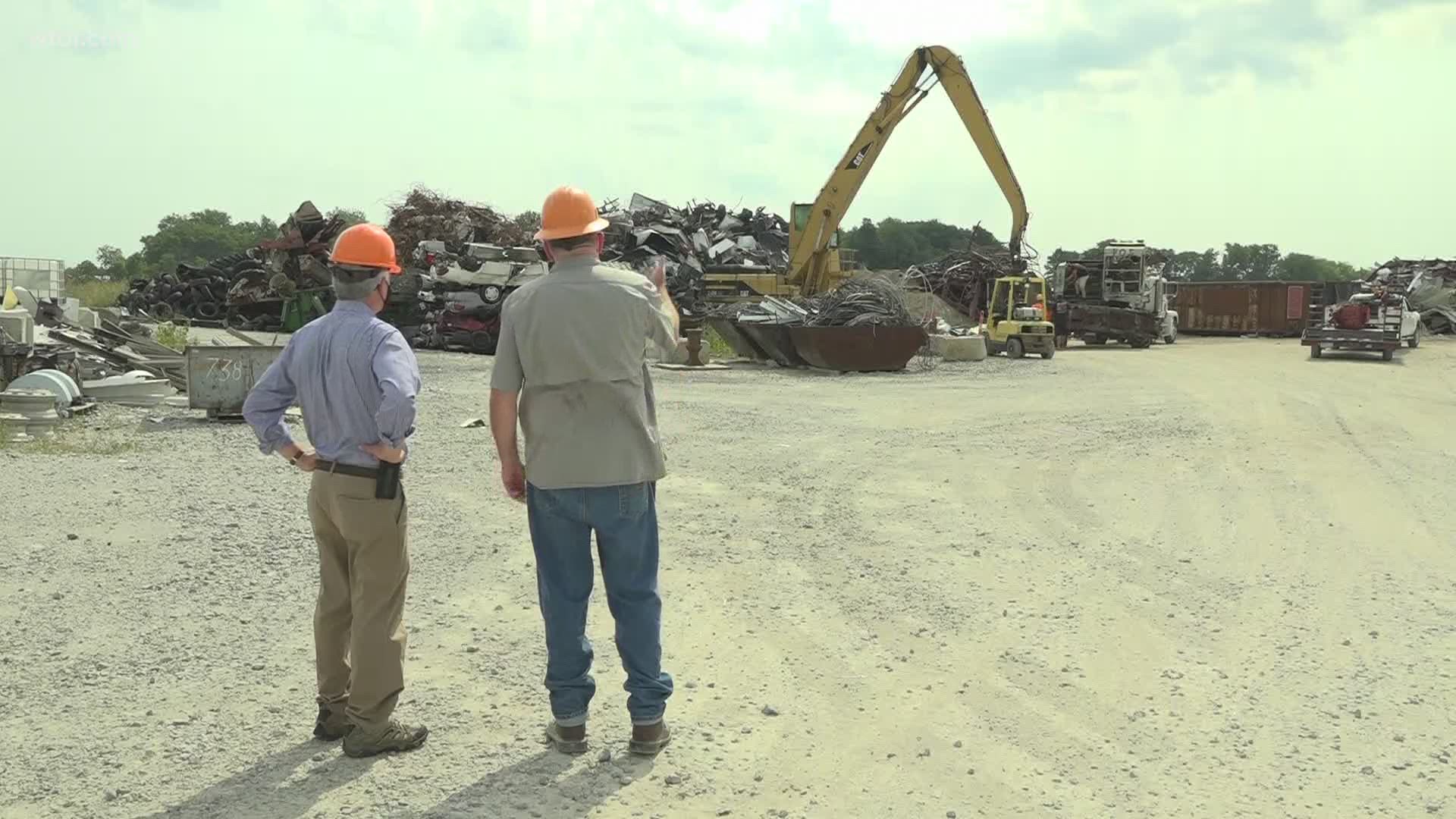 WOOD COUNTY, Ohio — While some big businesses were criticized for getting government bailouts during the COVID shutdown, did you know more than half a trillion dollars has been awarded to small businesses across the country?

"Nobody lost any wages, that allowed all our employees to keep their health insurance going, so we could keep them in health insurance. Retirements never got interrupted," Bates Recycling president Chris Bates said,

Bates Recycling has been operating near Jerry City since 2005.

The company employs nine workers who are busy everyday organizing and shipping out scrapped iron, copper, aluminum and brass.

When the pandemic shutdown closed off nearly all demand for their materials, Bates applied for funding through the Paycheck Protection Program under the CARES Act to continue operating.

U.S. Rep. Bob Latta, R-Bowling Green, who visited Bates Recycling Wednesday, said he was was told if not for this program, one out of every four small businesses would have been forced to shut down for good.

"We've had about 6,000 businesses take advantage of it and that amounts to just about 123,000 jobs right here in the 5th Congressional District," Latta said.

Latta also said the Small Business Administration awards around $20 billion a year, but in the first week following the passage of the CARES Act they awarded $348 billion.

That number has since grown to about $521 billion.

Chris Bates said using the program goes beyond just him and his employees as so many people in the area rely on the money they receive from bringing in scrap metal.

"Some people rely on that money to live on, so I felt it was imminent that we stay going and stay working," Bates said.

Latta said once the House reconvenes in September, one of his top priorities will be to go back and look at how the Paycheck Protection Program was utilized and check if a similar bill needs to be added on for the last quarter of 2020.