'I haven't seen my husband in 98 days': Jax woman says it's time to allow some nursing home visits

Mary Daniel's husband, Steve, has dementia. She's been banned since March 12 from going in to see him. He cries at the window. He can't understand. 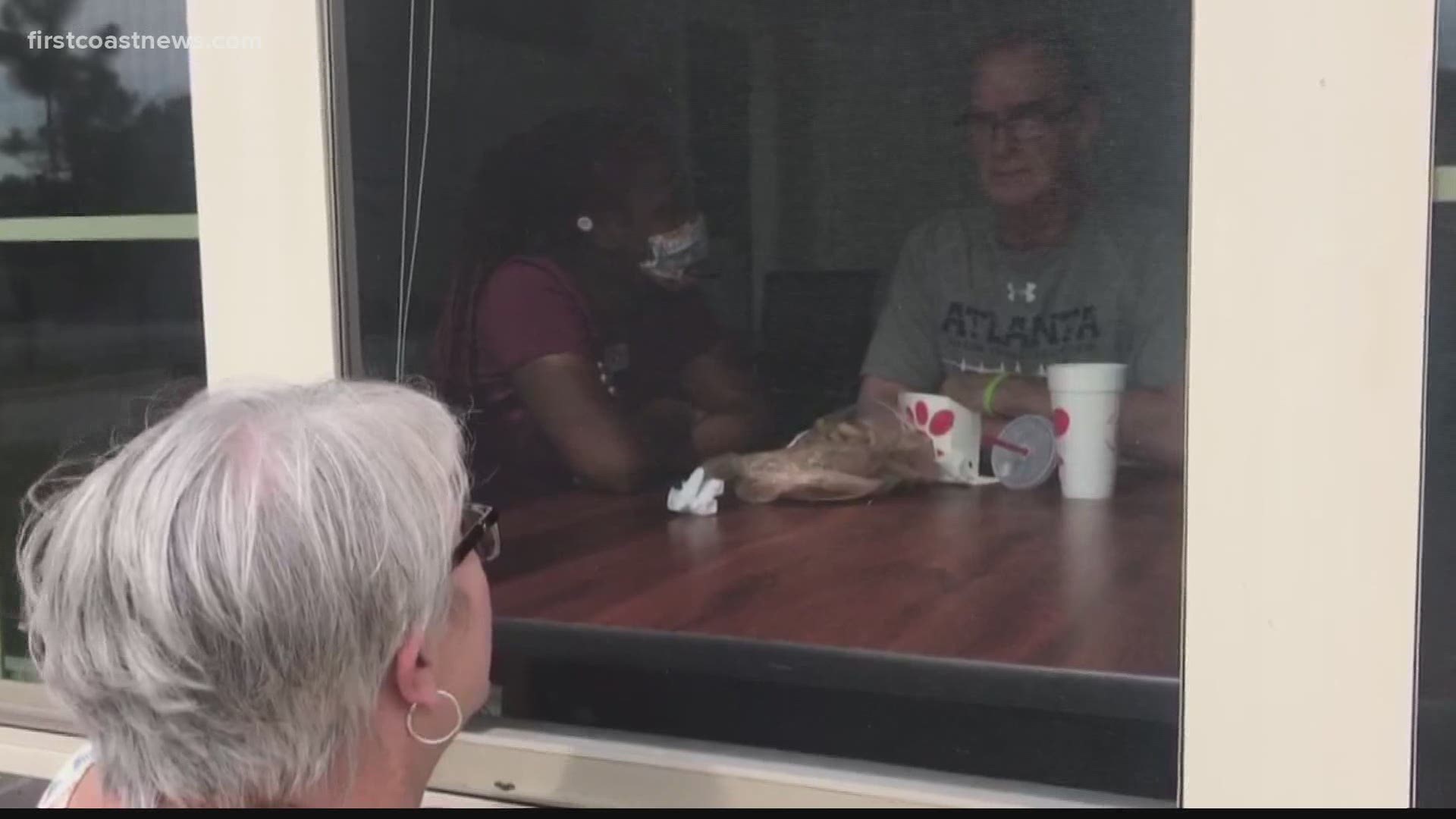 Her husband, Steve, has early-onset Alzheimer's.

"Dementia patients don't understand. There's no way I can explain to him," she says.

Steve is in the memory care unit at Rosecatle at Deerwood.

"He's just sitting there, melting away. I know it. I can feel it."

"I would like to hear from the governor's office. What are you doing?" she asks.

Mary understands the need to protect seniors and the medically fragile. However, she says: "We have separated these people to save them. The isolation will kill them."

Her argument is other people are going in and out to see Steve. She appreciates the staff trying to keep his spirits up. But nobody can replace his wife.

"His nurse practitioner goes in there every day. I saw her with gown and her gloves and they scanned her for her temperature. Same with staff every day," she says. She believes she could follow safety rules and go in, as well.

State Sen. Aaron Bean says he's familiar with Mary's case, and she has gotten the governor's attention. But he points out that 86% of the fatalities from COVID-19 are in people over age 65.

"We're not ready to open just yet," Bean says. "We're asking for Mary to be patient. She doesn't want to hear that. I understand."

He says her situation, like many families, is "heart wrenching."

And the governor's office is giving no time frame when things might change.

Bean says he's making calls to the governor's staff and the Agency for Health Care Administration to look at possible options.

He says, as of now, the patients are too fragile and visitors could be too risky.

“I learned one facility employee who interacts with Mr. Daniel recently came out and gave Mrs. Daniel a hug, then returned inside the facility. It is unconscionable that Mrs. Daniel has been deprived the opportunity to see Mr. Daniel—even outside the building—for over 90 days and it is a double-standard because employees come and go from the facility and interact with residents in close proximity on a daily basis. I am urging the Governor’s Office and the Agency for Health Care Administration to modify the policies to allow spouses to see their spouse if they submit to reasonable standards, at minimum allowing them to do so outside the buildings.”

Mary says she's known for about seven years that Alzheimer's would take her husband away from her.  But she always promised she'd be with him ..."holding his hand." She is determined to keep fighting for a change, she says.

RELATED: 'Get the people out of there': Nursing home resident dies after testing positive for COVID-19; Relative says more needs to be done to stop the spread