'I haven't seen my husband in 104 days': Local woman says we're killing our seniors trying to protect them from coronavirus

Mary Daniels wants to hug her husband. She promises to wear full PPE, yet the governor's office is still banning nursing home visits. 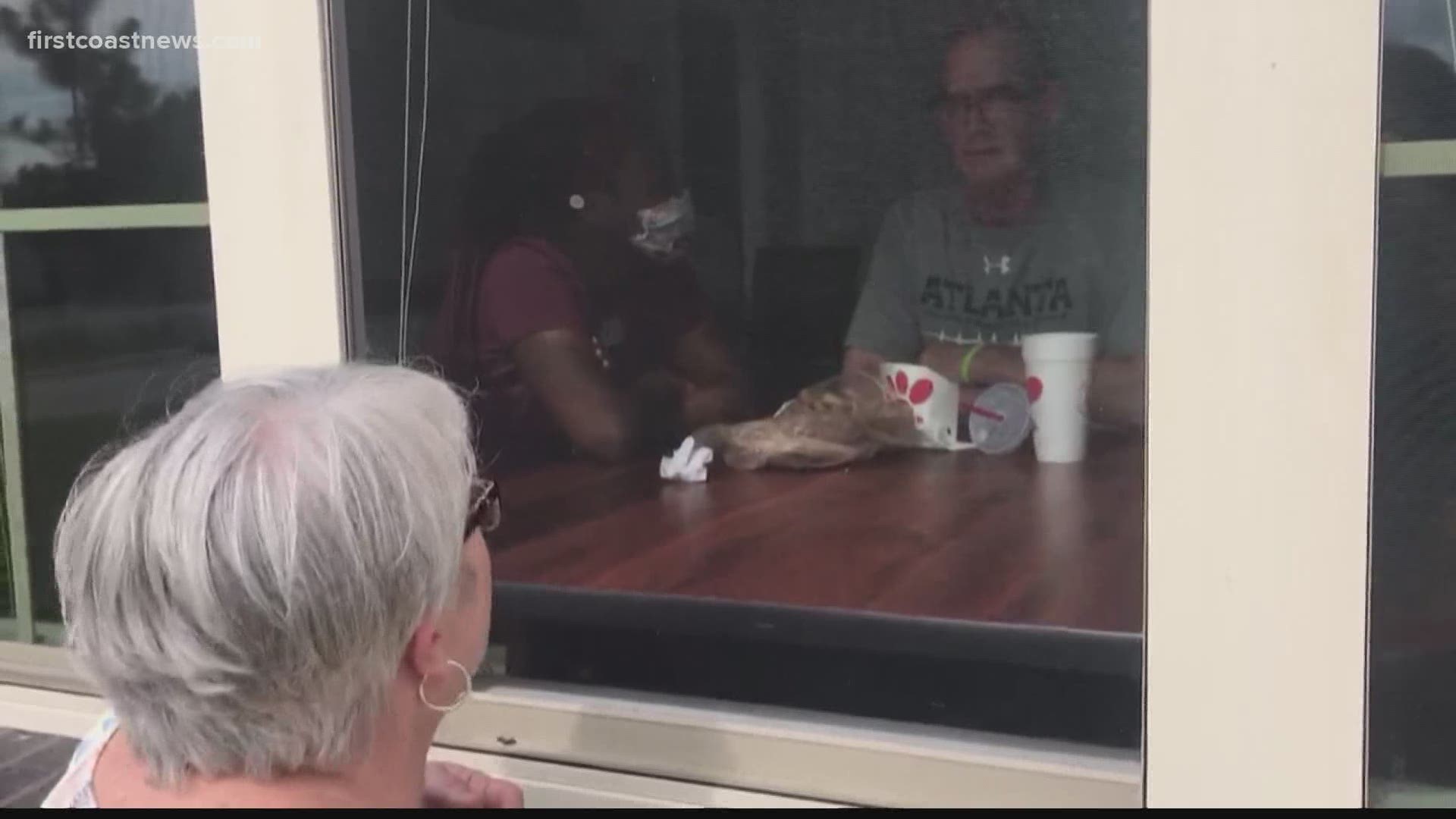 "He cried even more than usual," she says.

For 104 days now, all Daniel can do is stand outside her husband's window at his memory care center, Rosecastle of Deerwood.

"I see him disappearing in front of my eyes," she says. "And I'm starting to get mad. There has to be a better way."

She argues she could wear full PPE, just like the center's staff, and go in to see her husband, who can't understand why she stands outside his window and then just leaves.

Her anger is building because she's reached out to the governor's office at least 100 times and received, she says, nothing but robotic replies with no sense of heart at all.

But she is pleased that State Sen. Aaron Bean is calling and texting her with any updates he gets. He says he's in touch with the governor's staff.

Bean says the governor's staff was just beginning to be in "discussions" about any plans to allow visits in nursing homes. But then the COVID-19 cases spiked in Florida. Now there's a "delay," and Daniel is disappointed.

Chief Medical Officer for Rosecastle, Dr. Kevin O'Neil, says "social isolation is toxic."  He's worried about the effects on dementia patients, who are not allowed to be with their loved ones, possibly the only people they can relate to and respond to, as well.

O'Neil says the separation from families can be dangerous to dementia patients. It can lead into other medical issues. He says in some cases the results can be heart attack, stroke or even death.

O'Neil believes "A family member with proper guidance will be meticulous about performing preventive control" and can safely visit inside a senior care facility. And he thinks someone like Daniel cares so much about her loved one that she'd follow the rules.

Daniel says, "What am I saving him from? He knows me. I'm losing this time where his is the most cognizant he's ever going to be."

She says staff at Rosecastle works hard to be kind to her husband, but she knows it can never match what a hug from her would be like to him.

RELATED: 'I haven't seen my husband in 98 days': Jax woman says it's time to allow some nursing home visits

RELATED: Impacts of social distancing on those living with Alzheimer's, dementia