Gun store owners say they’ve never seen anything like this. 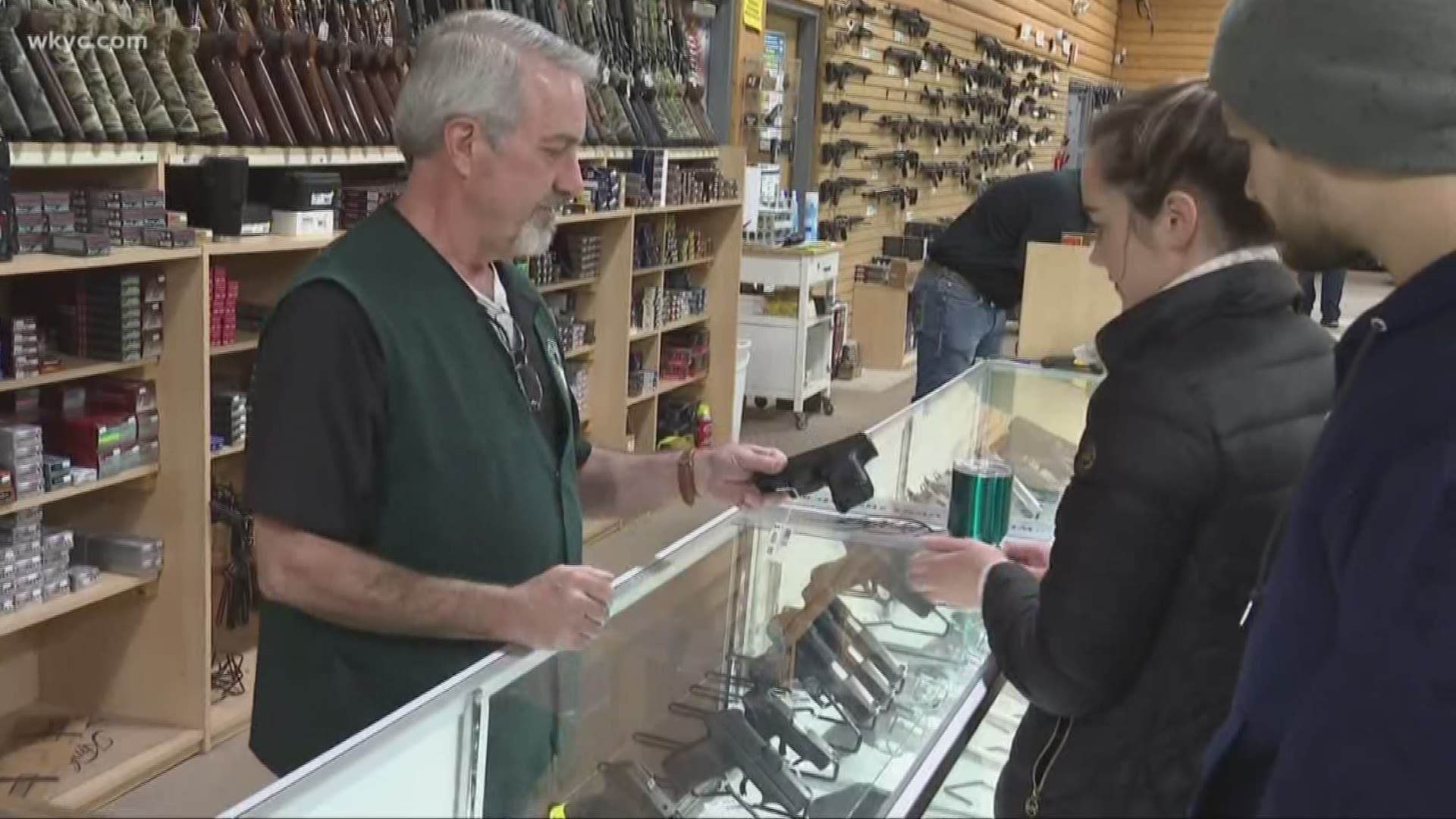 CHARDON, Ohio — Stores across the country are still having a hard time staying stocked with food, toilet paper and disinfecting products. But now there’s a run on guns.

The FBI says there's been a massive uptick in sales over the last few days.  And Lydia Continenz is one of those buyers.

"I would feel safer. I don't have anything. I have two kids," Lydia explained.

Many people are first time buyers, as fear is spreading as fast as the coronavirus.

Some are buying just in case stores run out, the same way they did with toilet paper and hand sanitizers.

Anthony, another buyer purchasing ammo, who didn’t want to share his last name, said, "I just wanted to stock up because people are coming in and taking everything.”

Ralph Spidalieri, who owns Great Lakes Outdoor Supply in Geauga County, says his sales over the past few days have been higher than he usually sees in a whole year. And he's had to put a limit on ammunition sales so he doesn't run out.

"We've got anywhere between thirty to sixty cars in the parking lot,” he says. “And they're basically lined up at the door as soon as we open up."

A surge in sales is typical during national crises like these. It happened after 911 and the Stock Market crash in 1987.

But the last few weeks have been off the charts.

In fact, according to the National Instant Criminal Background Check System, four days ago, background checks increased by three hundred percent since the same time last year; some worried that gun stores will shut down after the President's National Emergency declaration.

Mark Oliva, Director of Public Affairs at the National Shooting Sports Foundation, an industry trade group told us, "In those declarations, they declare firearms and ammunition places or businesses, ranges and retailers as non-essential services."

And if it quells people’s nerves, some law enforcement in Ohio, Like Hunting Valley Police Chief and President of the Cuyahoga County Police Chiefs Association, Michael Cannon, say they're ok with it. The reason, he tells us, “Because there's a concealed carry here in Ohio. We're always prepared. We assume everyone has a gun."

But local lawmakers, including Spidalieri, whose also a County Commissioner, are pleading with the public to stay calm.

At a news conference Friday with Geauga County officials, County Administrator Gerald Morgan said, "There's no need to run on anything at this time. Get what you need. Don't go crazy about it.”

For gun owners though, this is less about panic...it's preparedness.

Jeremy Continenz, who was helping his wife buy a gun explained, "If things get crazy, and people start looting, you never know what can happen.”

You can watch Geauga County's press conference in the player below. 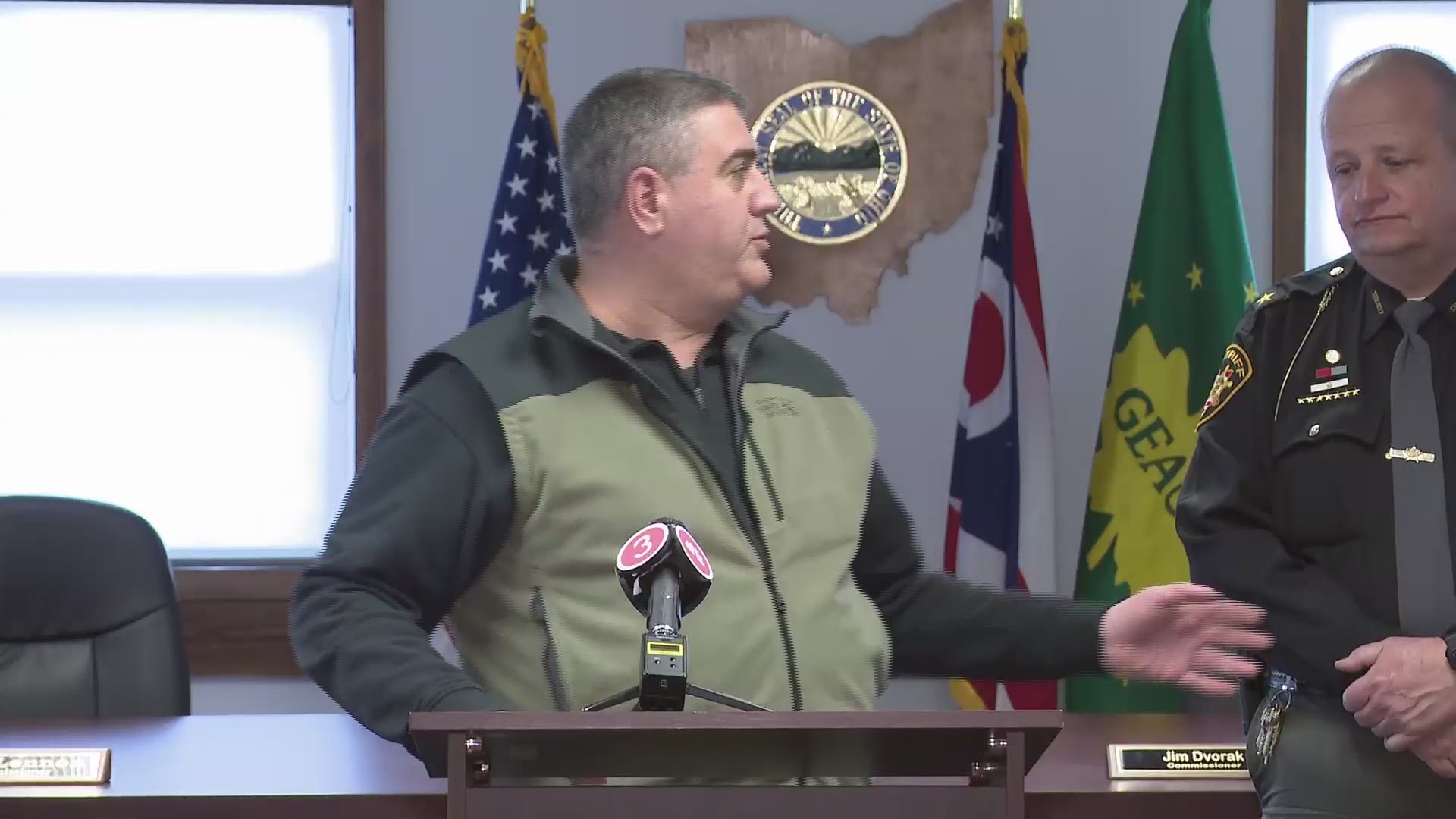 RELATED: Stocks close out worst week since 2008 as coronavirus woes likely to deepen

RELATED: Tom Brady announces he is joining the Buccaneers

RELATED: 'We will get through this': Customers donate $3,000 for Ohio restaurant staff

RELATED: In troubled times we all stand together: Leon Bibb Commentary