19 state residents have died from the disease. 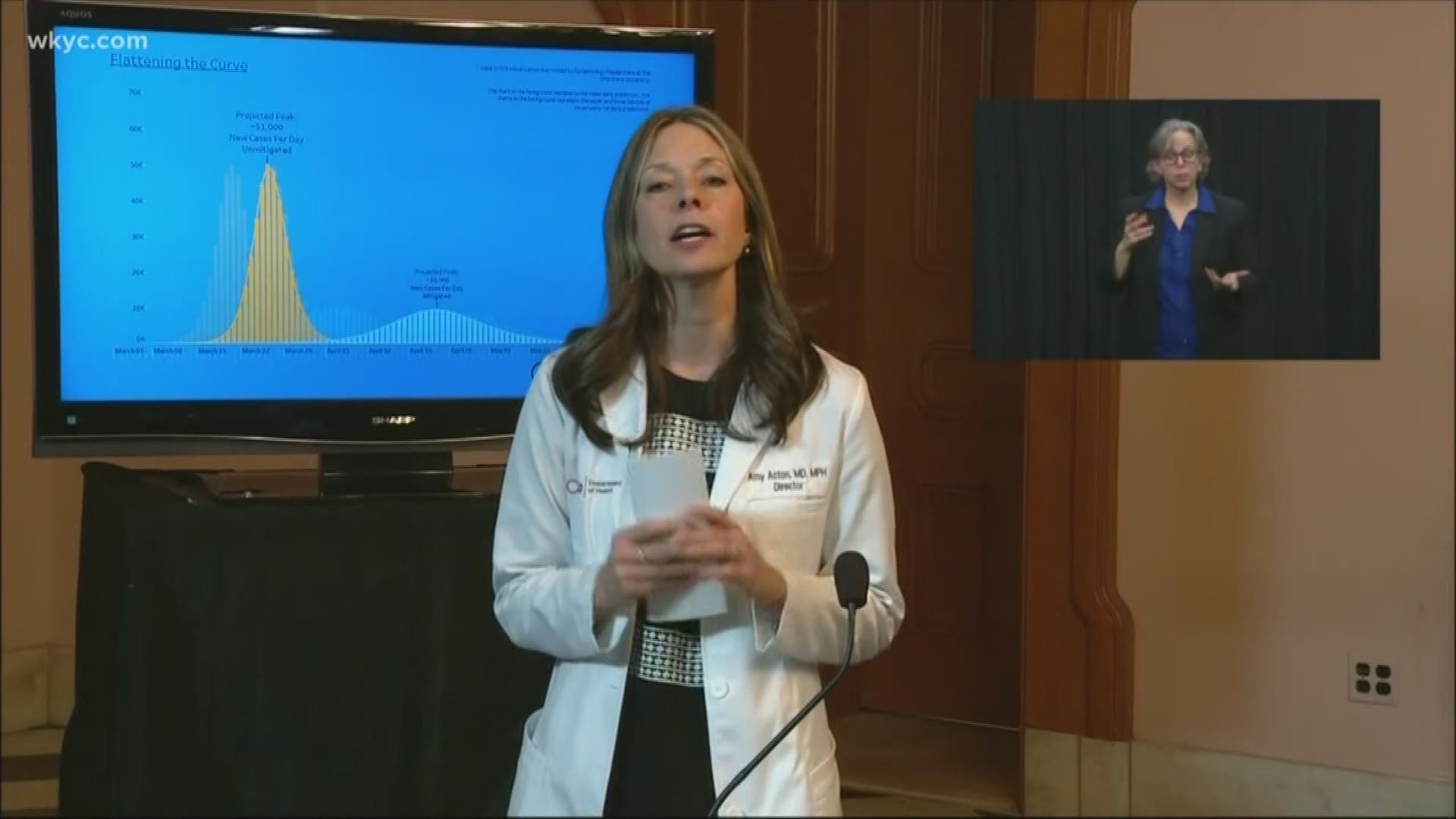 COLUMBUS, Ohio — Gov. Mike DeWine held his 19th straight daily press conference to update the public on the spread of coronavirus in Ohio.

1,137 cases have now been confirmed in the state, with 19 deaths. The Ohio Department of Health has confirmed Summit County's first death from the disease, although the county itself is reporting three.

"We are definitely on the up-ramp of our slope," Department of Health Director Amy Acton said Friday. "There is no healthcare system in the world that could take on this virus as it was built."

Besides Dr. Acton, the governor was joined on this day U.S Sen. Rob Portman via telephone. Portman and the U.S. Congress just passed a massive $2.2 trillion relief bill that President Donald Trump is expected to sign, and Portman outlined the positives of the legislation.

"This will help keep people at work," he said. "It helps those who have lost their jobs. It also, maybe most importantly, provides significant funding for our hospitals/healthcare providers to make sure we are dealing with COVID-19 in the right way."

Dr. Acton has said the actions of Ohioans and DeWine's administration have already helped "flatten the curve," but that more work needs to be done, as the Cleveland Clinic now projects even the flattened peak to see 10,000 new cases a day. That peak may not come until mid-May, and the governor says the state will likely have to triple its hospital capacity to avoid being overwhelmed.

3News streamed the governor's remarks live. You can watch them again below:

RELATED: Stimulus check calculator: See how much you'll likely be getting