Thousands of pounds of food distributed in Fostoria

The second West Ohio Food Bank distribution aims to ensure families in need could get a few weeks of food. 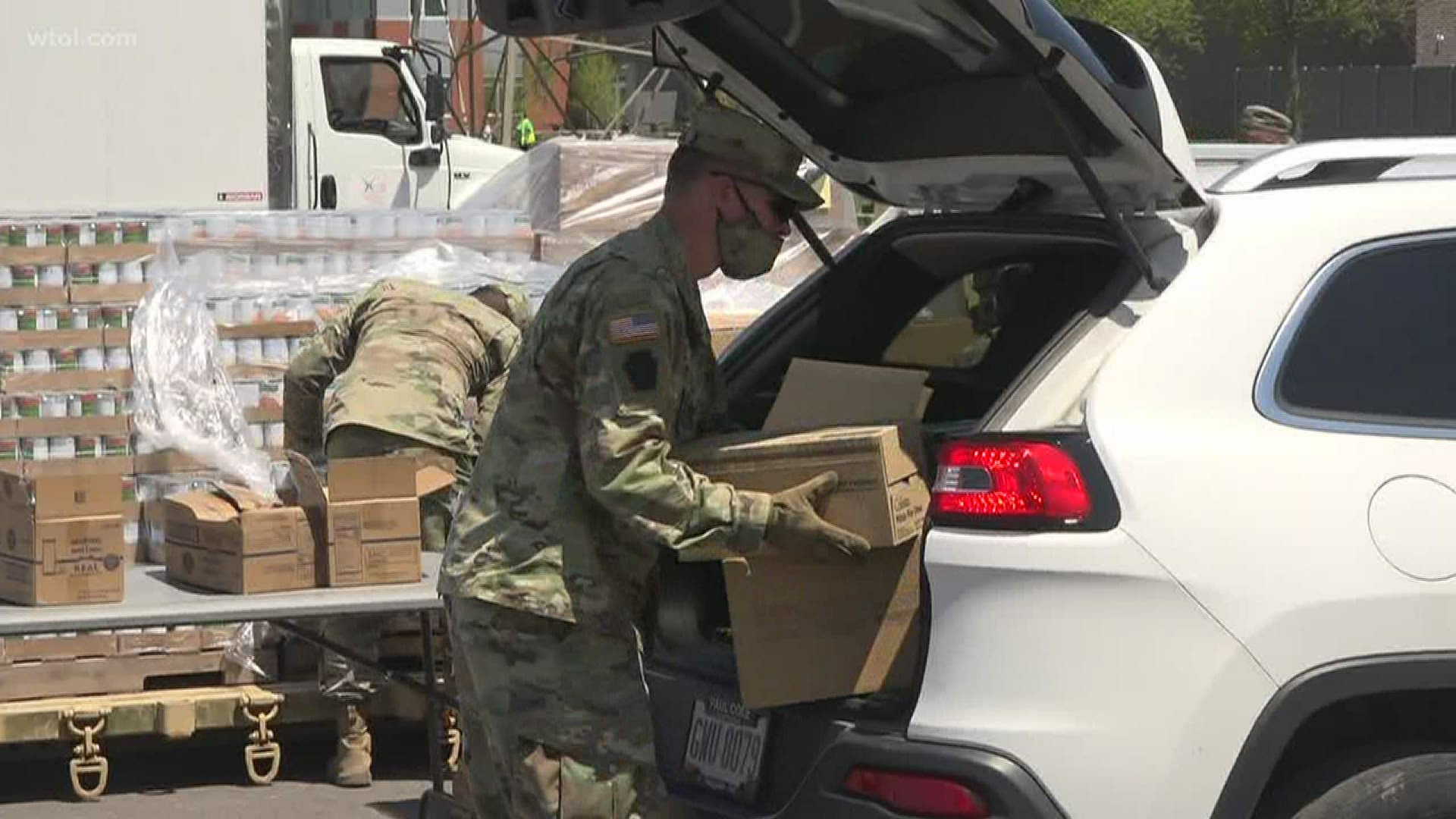 FOSTORIA, Ohio — With some businesses reopening, it may seem like folks are seeing the light at the end of the tunnel of the pandemic.

Truth is, many in Ohio are still being negatively impacted from the economic shut down.

An eye-opening scene Wednesday afternoon took place as more than 100 cars lined up at the Fostoria Intermediate Elementary School, waiting their turn for a couple weeks worth of food.

The line wrapped around the school parking lot.

Members of the Army National Guard handed out canned goods and other non perishables along with dairy products for up to two families per vehicle.

The event was run by the West Ohio Food Bank in partnership with multiple Fostoria area organizations.

"As we're going through this pandemic, we're basically assessing the needs of the community, and we knew that one basically was food. And so we all came together to put this partnership together," said Libra Martin with First Call for Help Fostoria.

Credit: WTOL 11
A member of the Army National Guard organizes food ready to be distributed to those waiting in Fostoria

This was the second food distribution event in Fostoria.

Organizers believe this need won't be alleviated any time soon.

Linda Hamilton, CEO of the West Ohio Food Banks said though some Ohioans are able to go back to work this week, it will still take months if not the rest of the year for the state economy to get back on track.

It could take even longer for those who are living below or right around the poverty line.

"And whether they're back to work now, whether their lives have changed a little bit since things have opened up a bit; the important thing to know is that food insecurity is going to continue for quite a while," said Linda Hamilton, CEO of West Ohio Food Bank.

The West Ohio Food Bank is already scheduling another large food distribution event here at Fostoria schools on May 22.