The committee's president says it is essential to protect the workers and stop the spread of the virus. 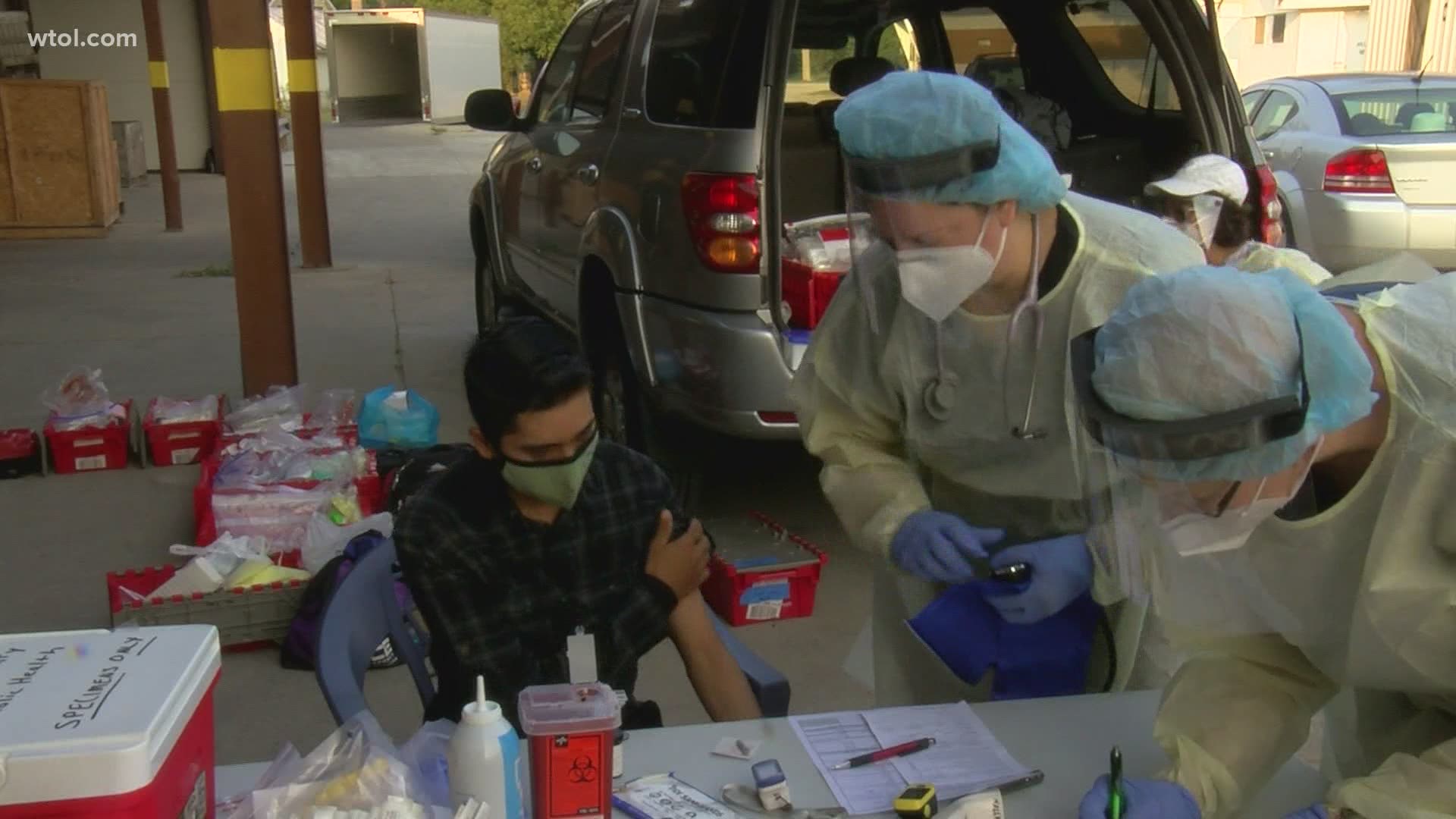 TOLEDO, Ohio — There are major ongoing efforts to protect those who grow our crops from COVID-19.

Toledo's Farm Labor Organizing Committee, a labor union that represents migrant farm workers in the Midwest, is taking testing kits directly to those workers. The committee's president Baldemar Velasquez said the initiative is helping prevent the virus from spreading.

"Priority right now is addressing the issue of the virus," Velasquez said.

RELATED: Latino families struggle with remote learning and the fear their students will fall behind

Velasques said he is taking a mission upon the committee to stop the spread of COVID-19 by testing migrant workers. Wednesday afternoon, union members arrived at Eshleman Fruit Farm in Clyde at the request of the farmer.

"To protect them for one thing. I've told them not to go out in the evening or if they go shopping, maybe one person can shop for the crew," Eshleman Fruit Farm owner Richard Eshleman said.

Erika Ramos, who is a Mexican national and only speaks Spanish, is one of those crew members. She's been here since March, trying to save money for her family and is grateful testing is being provided for migrant workers.

"Sincerely, I don't think we would have done it. The work leaves us very little free time. And also, we haven't been very concentrated in that," Ramos said in Spanish.

Velasques said she is like many migrant workers who may not have access to testing. But they may still have to live together in close proximity and are able to easily contract the virus.

"Farm workers have historically had a lack of access to healthcare. They're one of the vulnerable populations. And being a minority, being poor as you know those are the ones who are suffering the most from the virus," Velasquez said.

However, it's essential that these workers stay healthy so they can continue to not only work but also keep the surrounding community virus-free.

For Ramos, it means tranquility.

"And it assures us that it will keep us, as well as employees, as well as the boss, employer...That we'll be safe and we guarantee the safety of our families when we return home," Ramos said.

Velasques said it's up to the committee to break any obstacles.

He said he intends to go by in his own words; go after the hard-headed employers who have not yet tested their employees.

"All this can be managed. If there's a will of the employers to want to make it work and if I had my way, I'd have the governor mandate testing in all the labor camps like Michigan has. And we'll hopefully at some point follow that example," Velasquez said.