We're keeping an eye on the numbers as the state reopens, but it's too soon to see if there will be a second spike. 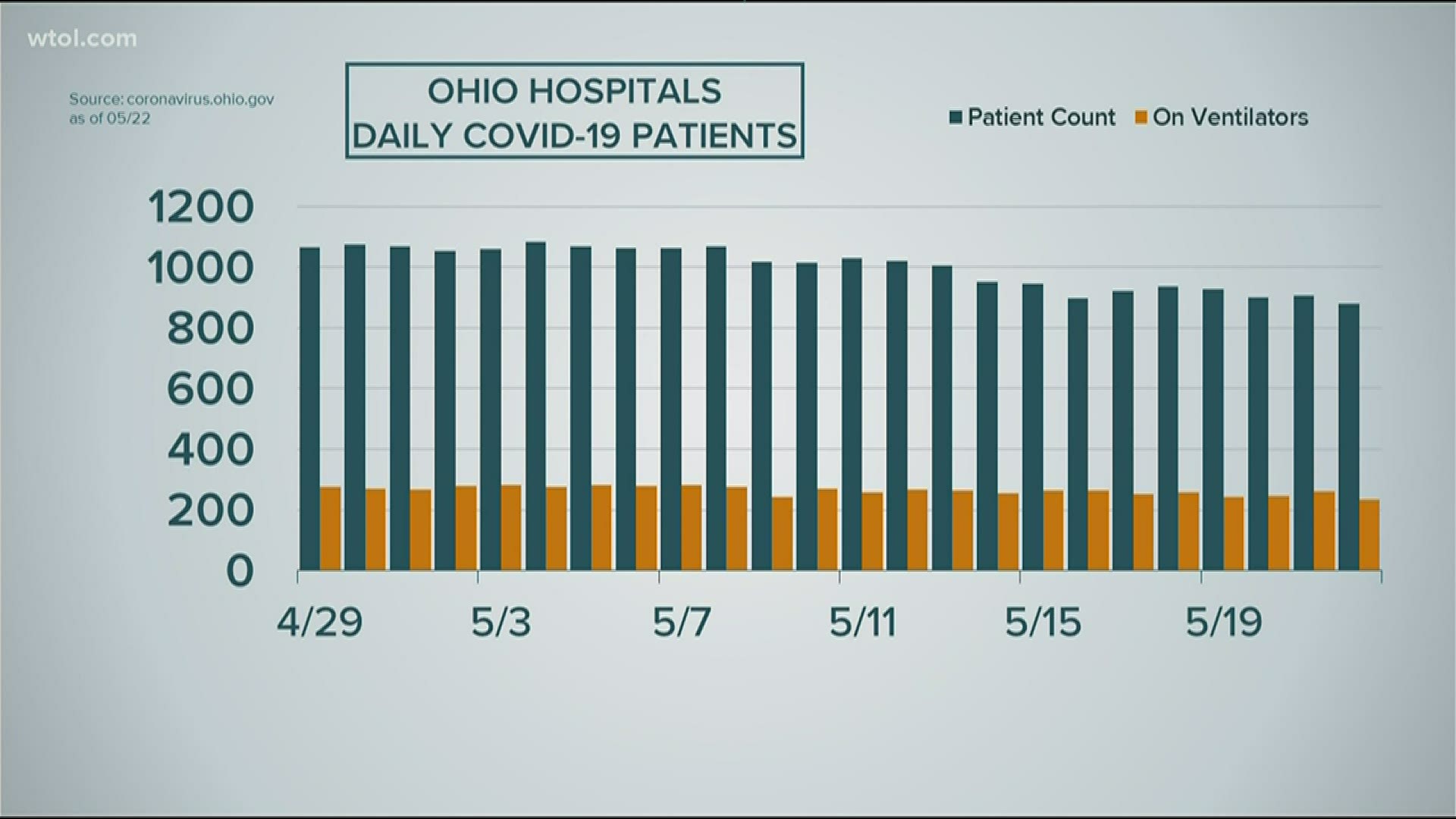 TOLEDO, Ohio — It's been one week since the state began allowing outdoor dining. Last weekend, pictures around the state began circulating of customers crowding together on bar patios.

Many people wondered if there would be a spike in cases because of the relaxing of social rules. The incubation period for COVID-19 is anywhere from two to 14 days, so it would actually be possible for people to be sick at this point if they were infected in the early days of the reopening the state's economy.

However, hospitalization numbers continue to improve. On Friday, the total number of COVID-19 infected patients in hospitals fell to 879, and there are now 232 people on ventilators. Both those numbers are at lows for the month.

We have stressed this before, but deaths are not an accurate snapshot in time. The reporting often lags by several weeks.

As far as cases, the state is beginning to ramp up toward Gov. Mike DeWine's stated goal of testing up to 22,000 people per day. The health department has confirmed that infrastructure is nearly in place to begin testing and collecting that many samples per day.

Several days this week had more than 10,000 tests, likely leading to higher case numbers. And remember, just because a person tests positive, does not mean they have symptoms or are in danger of becoming seriously ill. Many people never develop symptoms, despite a positive test.

There is one other significant number we are keeping an eye on. As of Wednesday, 70% of all COVID-19 deaths have been in nursing homes. In the middle of the week, there were 1,247 nursing home deaths reported out of the state's 1,781 total.

As social restraints begin to loosen and younger people begin interacting more, we want to see if that nursing home percentage begins to go down. That could possibly indicate that the pandemic is possibly shifting from nursing homes to younger members of society.

At this point, however, mortality is mostly in the nursing homes. In fact, the median age of death actually climbed from 80 to 81 this week.