The governor cited with colder weather coming, people will be spending more time inside and we will see more spread of the virus. 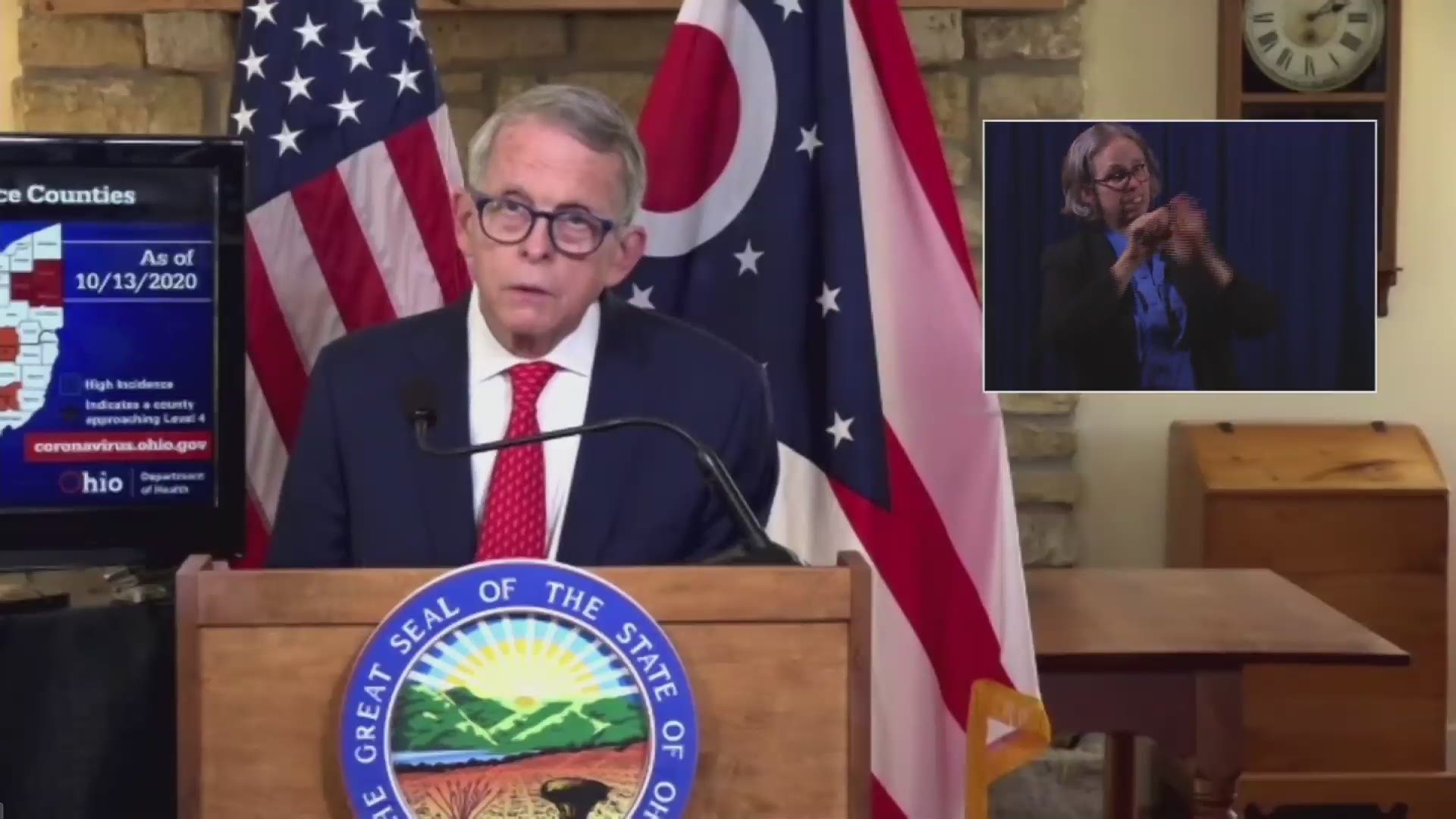 As the number of coronavirus cases trend upward in Ohio, Gov. Mike DeWine continued to deliver an optimistic message but with some hard facts on Tuesday.

He added that the virus is tough and cunning and won't give up, saying "it has a mind of its own."

The governor cited with colder weather coming, people will be spending more time inside and we will see more spread of the virus.

"But, it would appear that we could have a tough winter ahead of us," he said. "We are already moving more back inside. Cases are up. Positivity is up. Hospital admissions are up."

Despite these facts, DeWine focused on positivity saying Ohioans have achieved a lot in comparison to other states.

"Because of you, we've avoided a huge spike in cases causing hospitals to overflow. Ohioans have not been spared, but because of you, we're in better shape than we would have been if you didn't make the sacrifices you have."

He added we can control and mitigate a lot of these issues.

"We have done it before. We can do it again. Ohioans are resilient, tough people.  When the goals are clear, when we set our sights on these goals, we can do it," he said.

DeWine said while we have every indication that the president's "Operation Warp Speed" is working well to create a vaccine, the timing of its release isn't something Ohioans can control but they can control wearing masks and avoiding large gatherings.

"Where we have had high mask usage, we have significantly reduced cases and spread," he said. "We can do this. Wear a mask when you are in any place where you will see others. The virus wants us to get complacent because it needs us to spread it."