Dance studio owners say they don't feel they're being taken seriously and neither is their sport. 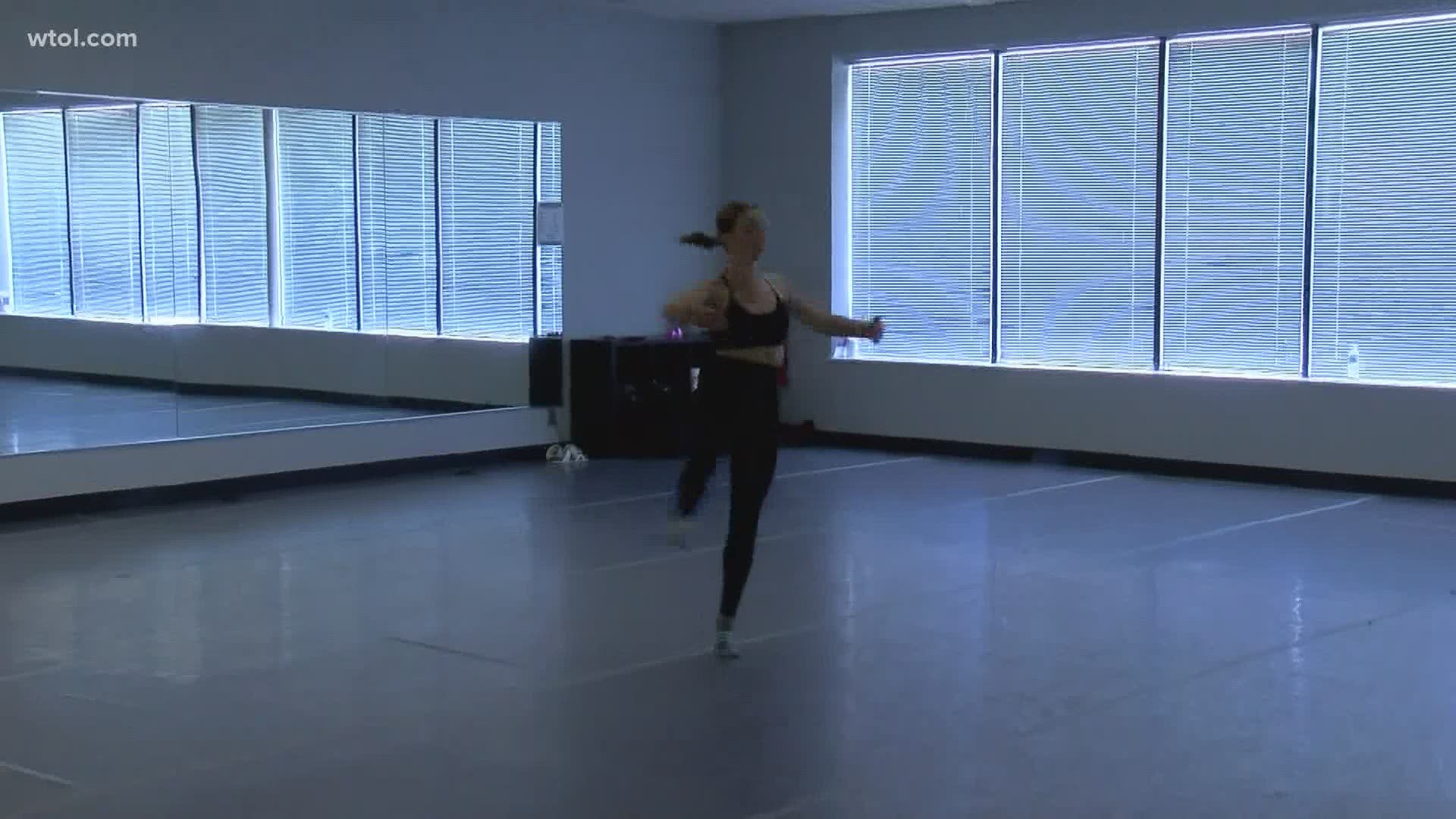 TOLEDO, Ohio — The Toledo Lucas County Health Department said they made the decision to shut down the VIP Dance Competition for the safety of the competitors and their families, but studio owners are wondering why indoor sports like volleyball and basketball practices are allowed to continue.

"The main reason was the sheer number of individuals we were bringing into the community and then individuals from not just inside Lucas County, but coming in from outside," Toledo Lucas County Health Commissioner Eric Zgodzinski said.

Executive Director of the Stranahan Theater Steve Hyman said the health department sent an email explaining  the weekend's events are canceled because gatherings of more than 10 people have been banned.

It goes on to say if the event is not canceled, the county will go to the courts. Hyman said the Stranahan hosted a nearly identical event just last weekend and took many precautions.

"Social distancing, wearing masks, sanitizing areas that were touched or danced on after each competition. We probably only had 40 or 50 people in the theater," Hyman said.

Hyman said cancelling all further dance competitions takes away a large amount of the limited business left with all large shows cancelled or rescheduled.

"I would go as far as saying I feel safer walking into the dance competition than I do at Kroger," Evolve Dance Company owner Erica Bojicic said.

Many in the dance community feel they're being treated differently than other sports; For example, indoor practices and scrimmages for basketball and volleyball are currently permitted in Ohio.

"Truly, I would just like us to be considered a sport and for us to have all the other opportunities the other sports have going on whether it's practices, tournaments, competitions, anything of that nature," Julia Studer the Competitive Director for Class Act Dance Studio said.

VIP Dance out of Louisiana is the company behind the competition. In a statement, a spokesperson said it's disappointing and quote, "All guidelines and safety protocols were in place as safety has been our top priority."

"We would love to make up these competitions, we would love for the Lucas County health department to come and see what goes on in a class," Courtney Lange, Owner of Courtney's Dance Force said.

WTOL 11 spoke to the owners of three dance studios that attended last week's events and were planning to compete this weekend.

"Right now I just know that we're very mad, we're upset. I think I can speak on behalf of a lot of studio owners right now, teachers, choreographers that get to see our students each day to watch them prep and they are athletes and not only are they athletes, they're top notch athletes," Lange said.

The health department said this is all being done for dancer safety.

Studio owners argue their sport is not being taken seriously and are upset they no one contacted them to discuss safety, saying this decision has ended the season they've been training for since last August.

"Take a good hard look, ask studios in this area to come together and sit on a board to come up with guidelines and ways to work with the health department instead of automatically just jumping to conclusions," Bojicic said.

Evolve Dance is also involved in a lawsuit with multiple other studios against the state and multiple counties for compensation of losses when they were forced to close.

RELATED: Dads and daughters get decked out to dance before Valentine's Day