Sore arm after the COVID-19 shot? It's not just the needle. Here's what that means for heading off the pain.

Doctors say the physical act of getting a vaccination is just part of the soreness people feel afterwards. Here's what else is going on and how to combat any aches. 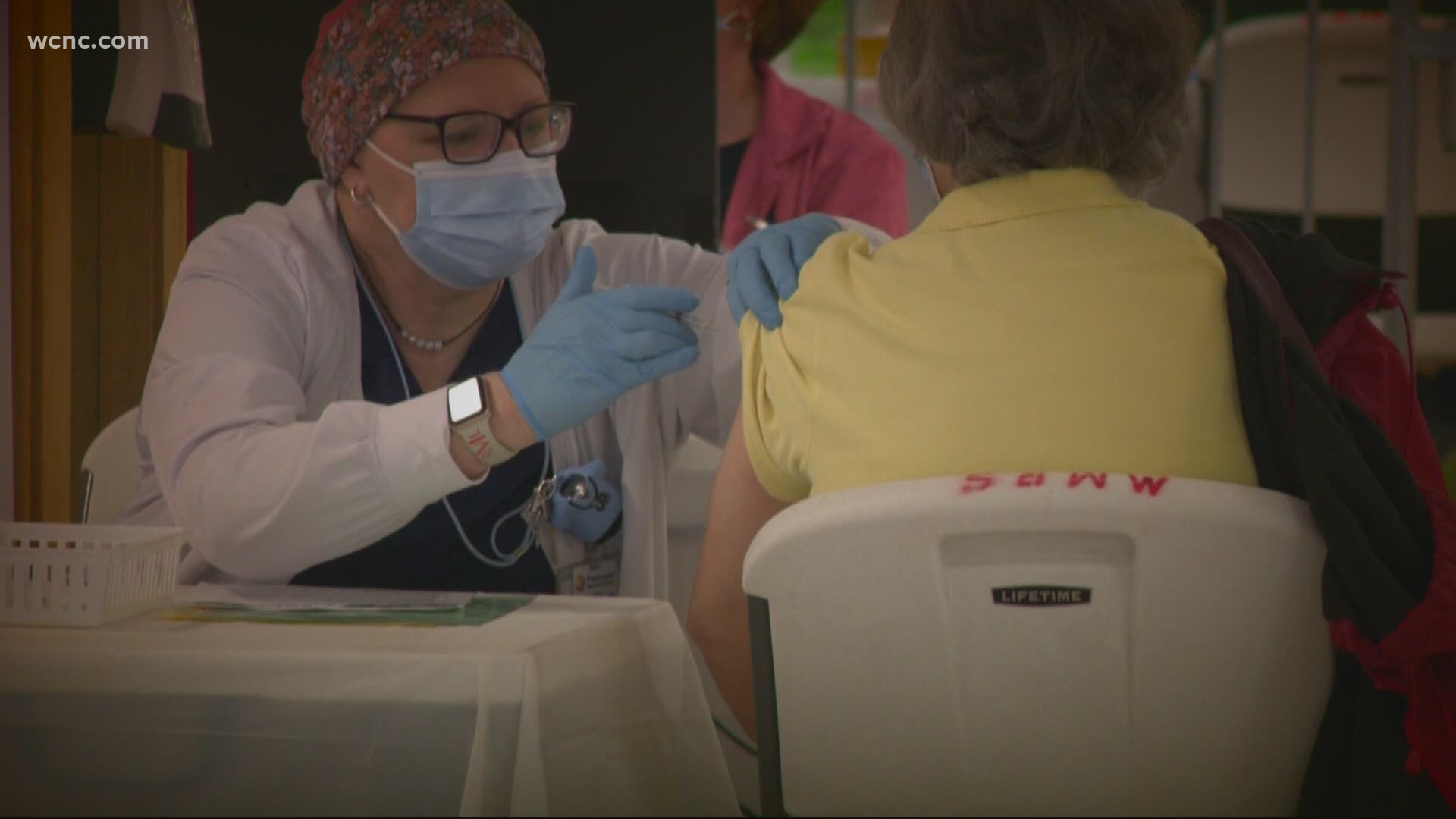 CHARLOTTE, N.C. — If you ask people who have gotten the COVID-19 shot what sort of side effects they had, it's likely they would describe having some soreness in their injection arm.

According to Food and Drug Administration briefing documents, "injection site pain" topped the list of reported side effects during the clinical trials for all three vaccines available in the U.S.

But is it really all the needle?

Dr. Brannon Traxler, Interim Public Health Director with South Carolina's Department of Health and Environmental Control, notes that trauma from the shot is just part of the ache -- the vaccine itself can also play a role.

"That liquid, when it's injected, basically stretches the muscle fibers," Traxler said.

But there's even more beyond that.

Got my second Pfizer 💉 yesterday. I slept like a rock (a little tired) but other than a sore arm today feeling great. Let’s give it up for science and innovation. #COVIDVaccination #vaccinate #vaccinatethe208 pic.twitter.com/Q0J5STYTRO

Have a relative or friend in another state and want to know when they can get vaccinated? Visit NBC News' Plan Your Vaccine site to find out about each state's vaccine rollout plan.

Dr. David Priest, an infectious disease specialist with Novant Health, said there is also an immune response behind the soreness.

"The cells in your arm take up the mRNA and start the immune response there," Priest said. "So, there's an inflammatory component to it."

Essentially, the arm becomes a sort of "ground zero" for the immune response.

"You'll see sometimes people get a reaction to it. It's kind of warm and red," Priest said.

Knowing the reason behind the pain can help head off some of that soreness. Doctors recommend keeping the injection arm moving after the shot since it gets the blood flowing and spreads out the immune response.

In addition to working that arm, the Centers for Disease Control and Prevention states that it is also fine to take an over-the-counter pain reliever after the shot or use a warm or cold compress.

The CDC said the soreness usually goes away after a day or two.