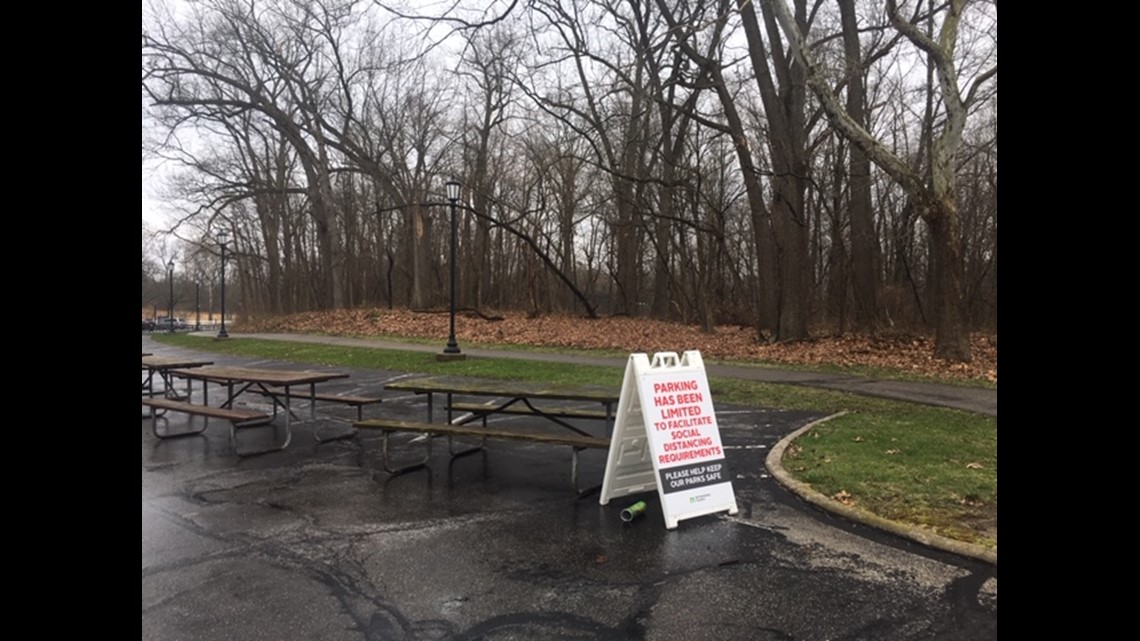 TOLEDO, Ohio — Each morning, I try to find some good news. It's been tough to find.

This morning was different. There was a story about data pouring in and modeling being adjusted for the peak of the pandemic.

And the modeling is trending in a positive direction.

Ohio's medical director, Dr. Amy Acton, did little to douse the enthusiasm, proclaiming, "You've done this Ohio. You are winning the war to protect our scarce resources to let hospitals deal with this."

She has preached since early last month the importance of social distancing to "flatten the curve" - meaning to slow the rate of infections so that hospitals can have the resources to treat the seriously ill.

New data continue to show that the state has been effective in doing so. Some people questioned the draconian measures that Gov. Mike DeWine took early on to prevent large gatherings, but Ohio is far ahead of nearby states in keeping the pandemic under control. Michigan announced its first COVID-19 case on March 10, one day after Ohio, but that state is closing in on 1,000 deaths and the IHME model is predicting a total of 2,963 deaths.

But the one major caveat in these calculations is that Ohioans must continue to social distance through April and into early May. If that doesn't happen, the state could be pushed back to the starting line and the second wave could be damaging than the first - in lives and economically.

That will mean several more weeks of sacrifice and more walks around the block to burn off energy. But at long last, it is finally possible to see light at the end of the tunnel.

CORONAVIRUS
A 7-year-old boy checks in with his teacher in the Fostoria school district.
WTOL

The schools are still closed, and my 7-year-old son, who has autism, loved going to school.

But now he still gets to see his teachers and classmates with online schooling,

I love that Fostoria schools spend two hours a day with the students.

WE NEED YOUR HELP

We want to hear your stories and see your videos of how your family is coping with the COVID-19 pandemic. Send them to us at blog@wtol.com.

NEWS OF THE DAY

RELATED: COVID-19: Changing Our Lives | April 6: Finding hope amid all the death