The Ohio Public Health Advisory System uses seven indicators to assess the degree of the virus spread in each county. 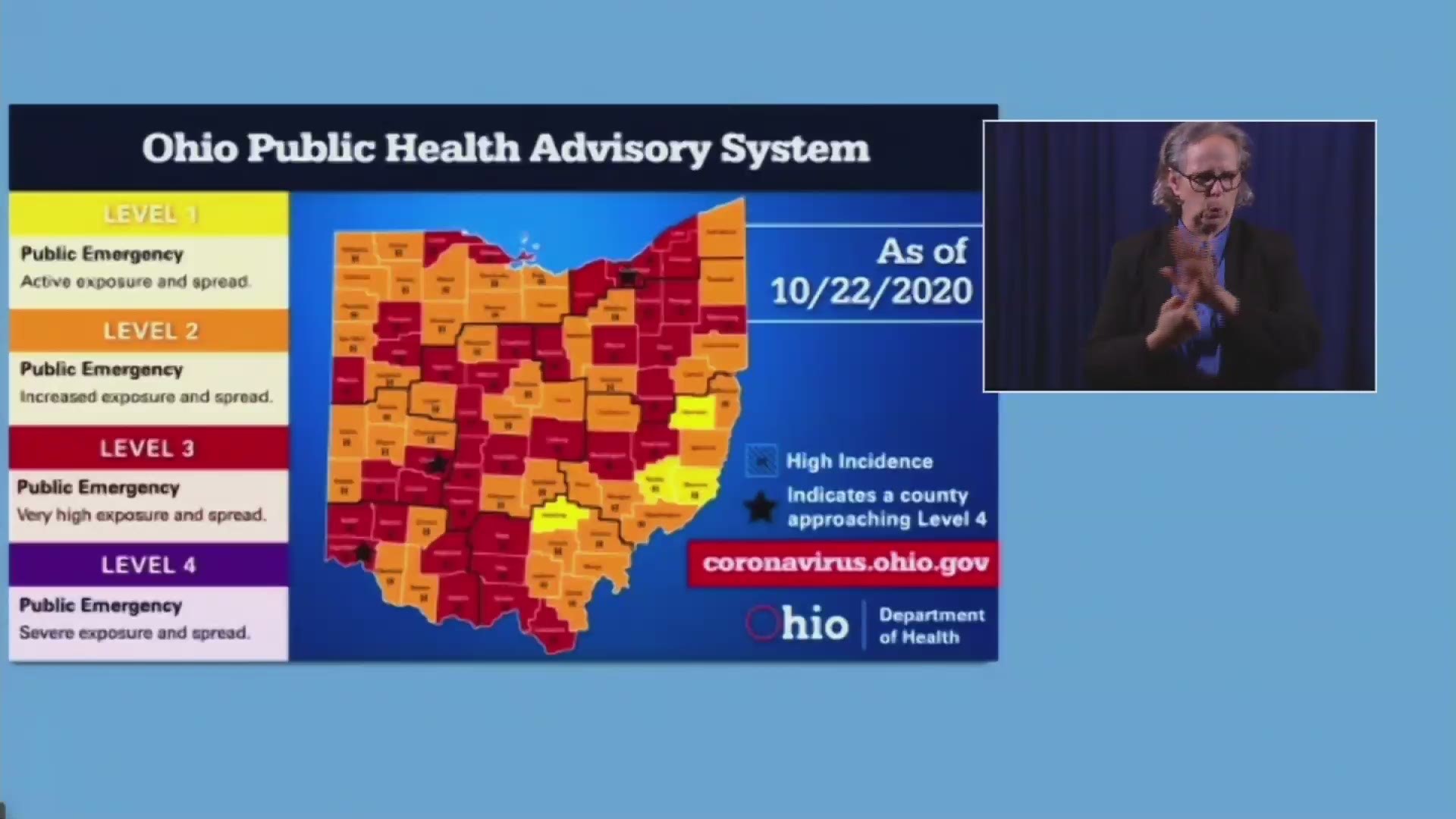 Thirty-eight counties in Ohio are now listed in the red under the state's coronavirus alert system. That's 74% of the state's population currently living in a red county.

This is an increase from 29 counties last week.

Five counties - Crawford, Geauga, Lake, Ottawa and Tuscawaras - are red for the first time since the system was introduced.

Gov. Mike DeWine announced three of those counties - Clark, Cuyahoga and Hamilton - are on the watch list for purple (Level 4).

According to the state's advisory system, a purple county is dealing with "severe" exposure and spread. Residents would be advised to only leave home for supplies and services. To date, no county has hit that level.

Today, we have an alarming number of counties that are red—38, which is close to half the state. This is an increase from 29 red counties last week. We also have three counties that are now on the watch list: Clark, Cuyahoga and Hamilton counties. pic.twitter.com/FRVjd4trbF

With only four counties at yellow (Level 2), DeWine said this is the highest number of red counties and the lowest of yellow.

DeWine said 92.8% of Ohioans are currently living in a county with "very high exposure" and spread of COVID-19  saying, "We cannot let our guard down."

For however many indicators a county meets, they will be placed into one of four color-coded levels to display the possible risks involved: