Why don't we have clear numbers? 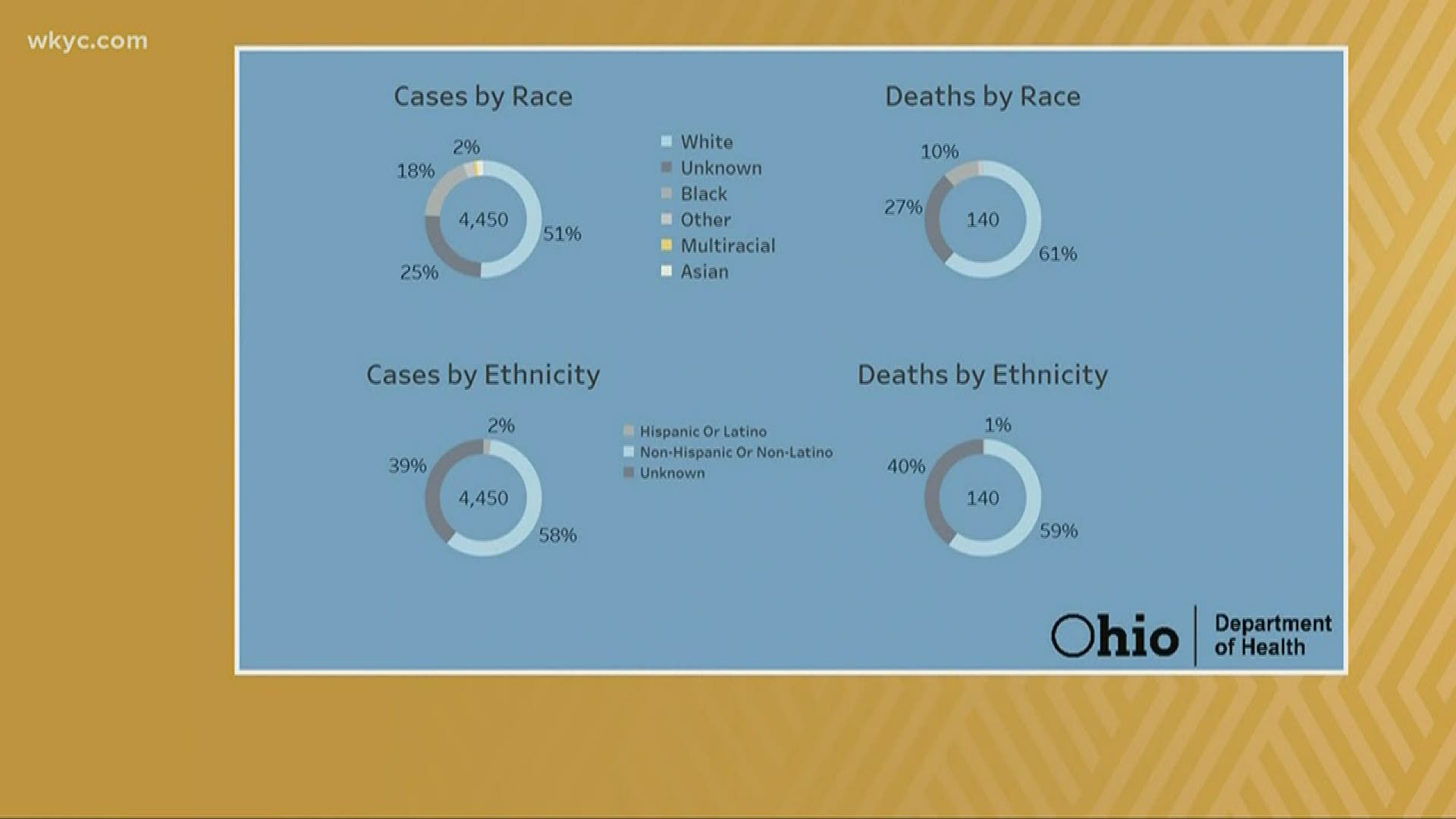 CLEVELAND — New numbers from the Centers for Disease Control this week show that coronavirus has taken a greater toll on African Americans than on other racial groups in America.

But if you want to see the exact numbers in Ohio, or even in Cleveland, you cannot find them on their respective websites.

On Friday, some leaders sounded off.

“I think they know what the numbers look like. They’re just not showing us the numbers,” said former councilman Zack Reed.

In Chicago, for example, nearly 70% of the city’s deaths have involved African Americans, who make up just 30% of the people.

It is the same in Louisiana, where 70% of those who died are African American, although they make up only a third of the state.

Those on the front lines of the fight have varying views on why.

“Number one people, unfortunately, are more likely to be of low socioeconomic status which makes it harder to social distance,” U.S. Surgeon General Jerome Adams said. “Number two, we know that blacks are more likely to have diabetes, heart disease, lung disease.”

“It’s really catastrophic,” said Romona Brazile, Cuyahoga County’s Deputy Director of Prevention and Wellness, “For some people, who are kind of living on the edge.”

“That says, ‘We know what the statistics show us, we know what happened, we don’t want to go down that pathway again,’” Reed said. “The low wage workers of yesterday are now the essential workers of today--and most of them look like me.”

At least nine states, plus the District of Columbia, now include racial breakdowns in their numbers.

The American Medical Association is among those calling on the U.S. Department of Health to make it standard.

RELATED: A virtual reunion, just in time for a 100th birthday

RELATED: 23 more cases of coronavirus confirmed in Cleveland, including in 10-year-old child