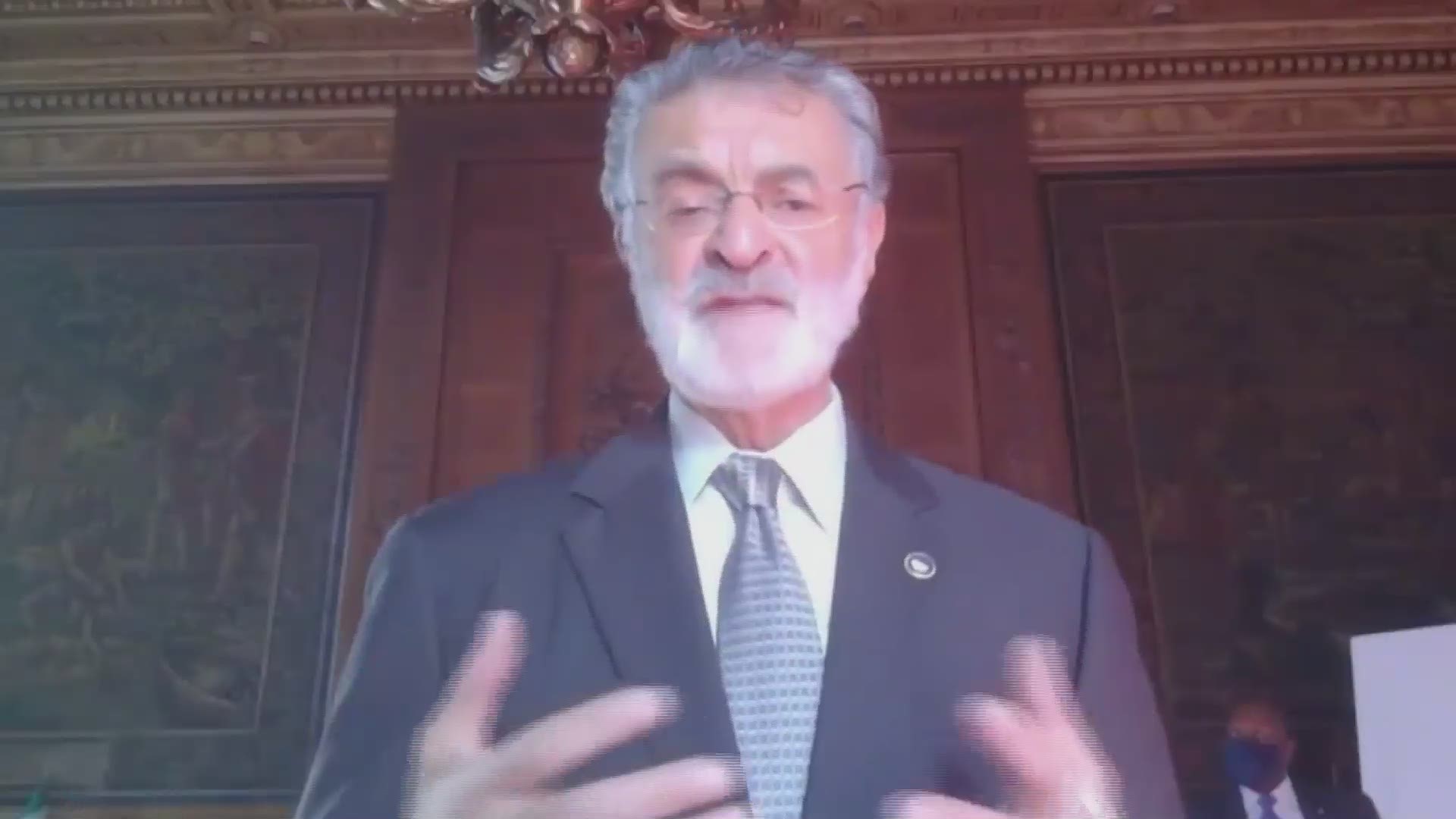 CLEVELAND — Another day. Another record.

The state of Ohio reported 7,101 new COVID-19 cases on Thursday, marking the largest number since the pandemic began earlier this year. The previous record of 6,508 cases was set just two days earlier on Tuesday.

As a result, Cleveland Mayor Frank Jackson hosted a 10 a.m. press conference Friday “to discuss the city’s next steps in curbing the alarming increase of coronavirus cases.”

“A lot of what is going on, according to the contact tracing, is not associated with businesses necessarily," Mayor Jackson said. "A lot of what’s going on in terms of new infections is associated, again, with people letting their guard down in smaller gatherings and homes.”

During the press conference, city officials declared they are increasing enforcement efforts throughout Cleveland when it comes to COVID-19 protocols.

“This virus is something we have to take seriously. … This spike is very concerning, and we will continue to increase our efforts in enforcement throughout the week and an elevated effort on the weekend," said Public Safety Director Karrie Howard.

“It’s a common-sense approach to combating this. It’s something that everyone can do.”

Howard said they are also making sure that all businesses are also following proper distancing requirements.

Ohio Gov. Mike DeWine issued a warning during a Wednesday speech to the state in which he said the spike in cases may result in the closure of bars, restaurants and fitness centers. DeWine said the state would make a determination by Thursday, Nov. 19.

"I am very well aware of the burden this will place on employees and the owners,” DeWine said. “But, these are places where it is difficult or impossible to maintain mask-wearing, which we know now is the chief way of slowing this virus.”

"My fellow Ohioans, I know you’re tired and weary. I know you want this to be over. But in words often attributed to Winston Churchill during some of the darkest times in World War II, ‘When you’re going through hell, keep going!’ Tonight, I ask you to keep going.”