Hospitalization, case and death totals add up to bad week in Ohio. 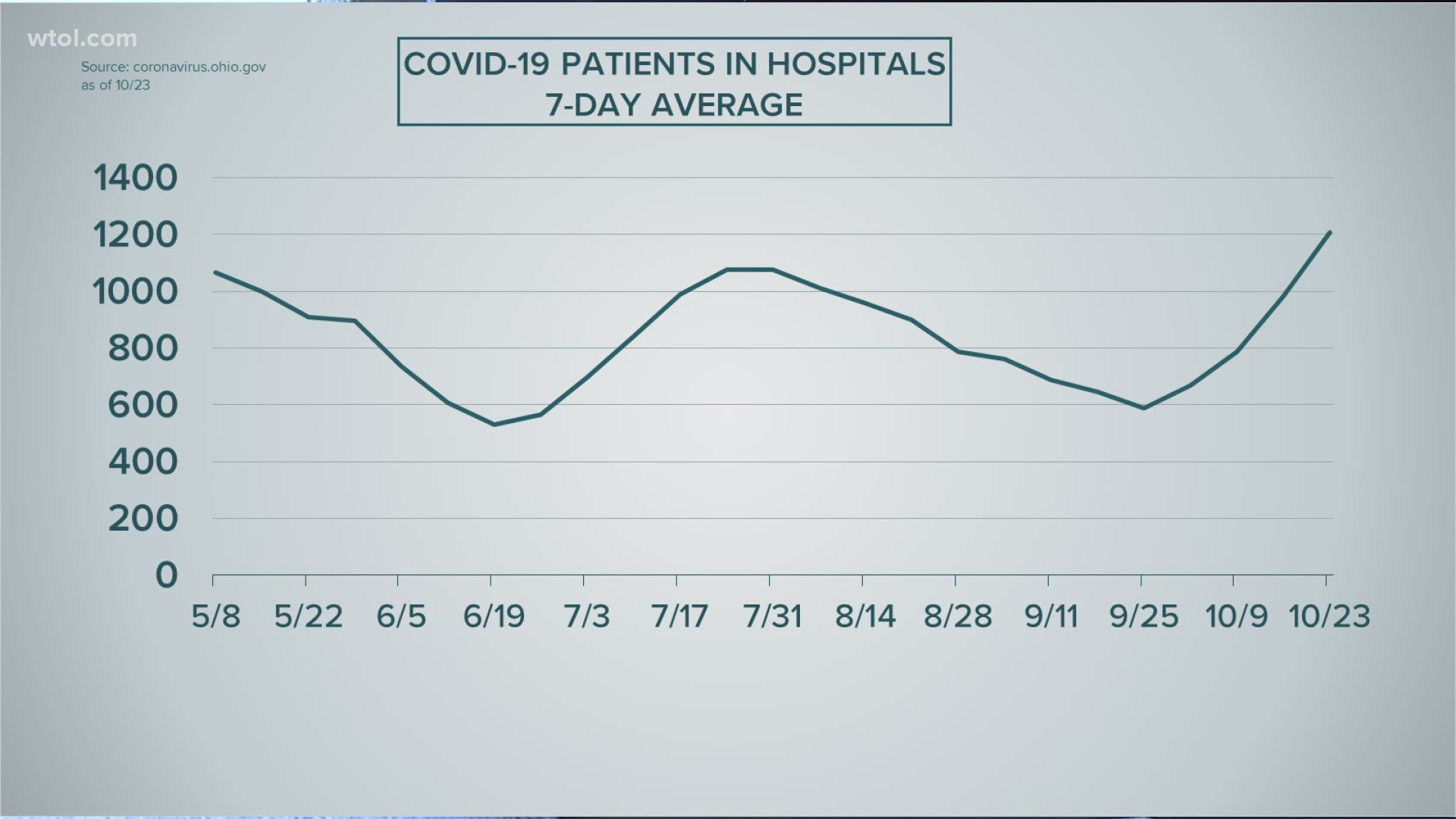 TOLEDO, Ohio — During Thursday night's debate, President Donald Trump claimed that the country has turned the corner in its fight against COVID-19 and that it will soon go away.

However, that doesn't seem to be the case.

There were more than 74,000 cases yesterday and nearly 1,000 deaths in the United States. Ohio has never had higher numbers. It is not going away anytime soon.

The president also took credit for avoiding the predicted 2.2 million deaths. In the early spring, some models were predicting outrageous numbers - but those were based on absolutely no precautions being put in place. That's not a realistic scenario.

However, Former Vice President Joe Biden made some interesting comments of his own, including that there will be another 200,000 deaths by the end of the year. There are just 69 days left in 2020. To reach that number, we would have to average nearly 3,000 deaths a day. Anything could happen if hospitals become swamped, but it is unlikely we'll see 200,000 more deaths by the end of the year.

But what is clear, is that Ohio has had a very bad week when it comes to COVID-19 numbers.

WTOL reports the weekly averages on Fridays, as reporting on some days may not accurate and on Friday, the data should give us a truer indication of where we are. But, the averages this week don't exactly capture our current picture accurately because there have been so many dramatic jumps each day. Where we were at the beginning of the week is far from where we are now.

Ohio averaged 2,028 new cases this week but reported 2,518 on Friday - the ninth record in 10 days. The hospital numbers have been even more dramatic; the state averaged 137 new daily hospitalizations this week, but had 184 on Friday. Last week, Ohio averaged 87 hospitalizations. The more than 50% daily jump is quickly driving up the current number of hospital patients. That number hit 1,347 on Friday.

Deaths more than doubled this week. Deaths often lag weeks behind rising hospitalizations, so it is likely that deaths will rise in the weeks ahead.

There are now 38 counties at Level 3 (Red) in the state, putting 74% of Ohioans in a county with that designation. Ninety-three percent of Ohioans live in an area with high incidence, meaning 100 cases per 100,000 people or more.

If you look at cases per 100,000 people, the numbers are staggering compared to what they were this summer. Putnam County is now five-and-a-half times that threshold for high incidence. Wood County has seen a sharp jump, and Lucas County, which was at about 60 per capita a couple of weeks ago, has now jumped to 120.

Biden also said during Thursday's debate that we will have a long, dark winter. There is no way to tell what happens this week, let alone over the winter. We have had several spikes already, and they have dropped after a week or two. This surge is different in the sense that it is more widespread and it is spreading among family members and at small gatherings of friends.

With the holidays, that is a major concern. The virus thrives indoors and people tend to let their guards down around family and friends. Social distancing and mask wearing seem to go out the window.

The conditions are certainly there for an extended and more deadly surge. At this point, Ohio has about 26% of its hospital beds and 27% of its ICU beds available. Those will be key numbers to track. If they continue to shrink, care for all critically ill patients could be affected.