What's it like to take a self-swab coronavirus test? 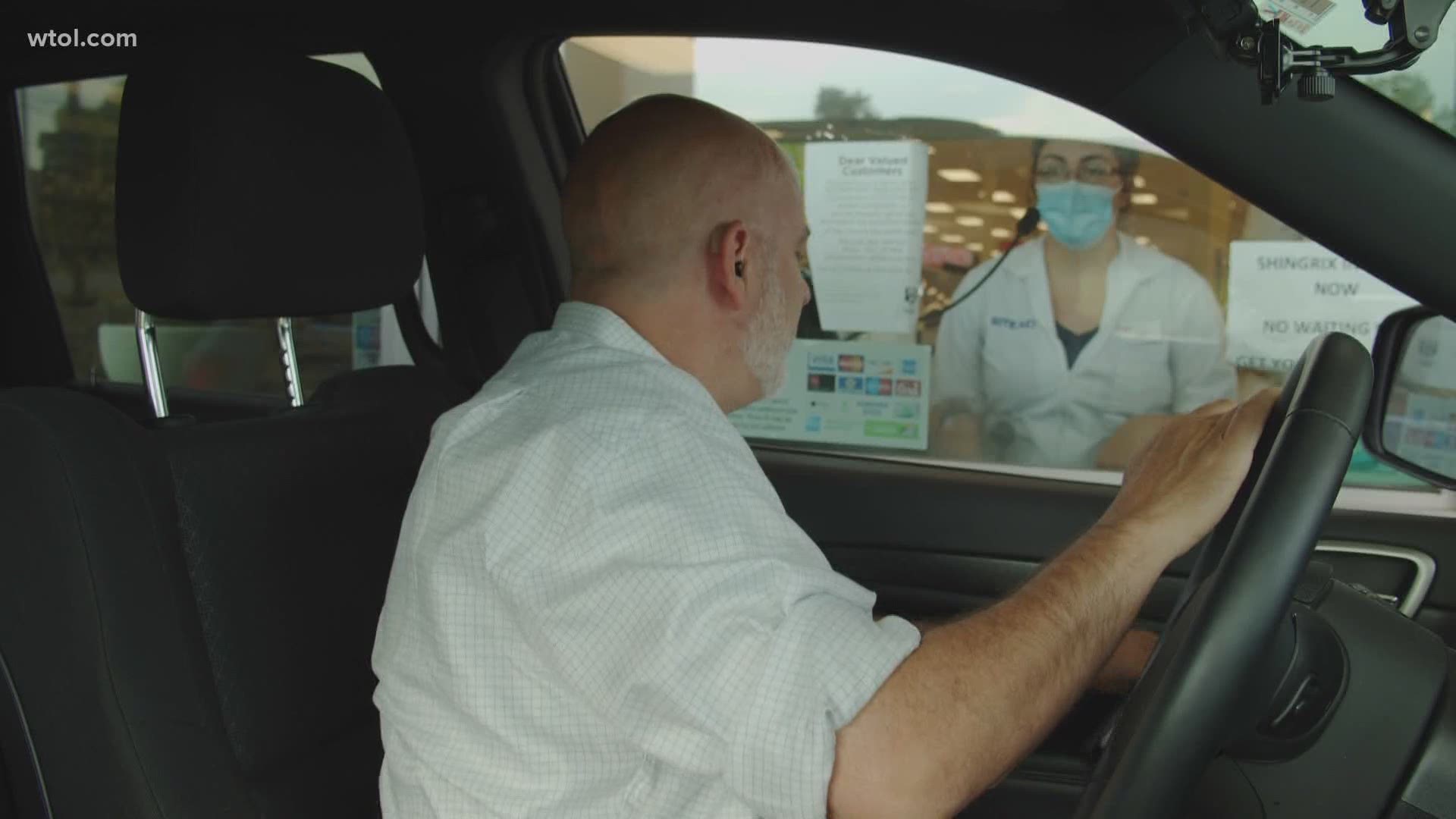 HOLLAND, Ohio — Never have more people been tested for COVID-19 in the state of Ohio than right now. Last week, more than 40,000 people were tested in a single day.

But many people hear the horror stories of swabs being stuck up your nose, while others believe you can only get tested if you have symptoms or a doctor's note.

It's been my mission during the pandemic to give people the facts - as ugly as they might be on some days. So I thought it was a good fit to go through the testing process myself so that I could explain it to people.

A colleague of mine mentioned that Rite Aid was offering a free test at some of its locations - no symptoms required, no doctor's note needed.

I reached out to a communications representative, and he was thrilled that I could help spread the word. He directed me to the website, where I filled out a general questionnaire, then got to the spot where it asked me to pick a date for an appointment. Unfortunately, there were no openings available, and that was the case for the next several days.

But finally, I was able to make an appointment (I didn't have to keep filling out the questionnaire. Once I was registered, I just needed to check for an opening. Tip: Check early in the morning).

The testing process itself was quick and painless. I pulled up to the drive-thru and told the pharmacist that I had an appointment. She asked me to hold up my confirmation and my license to the window. She then passed a basket to me.

The basket contained an unopened swab, which I had to break in half, and a vial.

The testing method used at Rite Aid is the anterior nares method, which is much less invasive than the nasopharyngeal swab/oropharyngeal (throat) swab, deep nasal swab or the nasal wash/aspirate methods that are administered to a person by a medical professional.

The guidance from the CDC on the anterior nares test says "using a flocked or spun polyester swab, insert the swab at least 1 cm (0.5 inch) inside the nostril (naris) and firmly sample the nasal membrane by rotating the swab and leaving in place for 10 to 15 seconds. Sample both nostrils with same swab."

I put the swab into my nose and made two complete revolutions, then held it in place against the inside of my nose for a count of 15. I then repeated for the other nose, then placed the swab in the vial and returned it. I was told the test result would take two to seven days. I would receive both a call and an email if I was positive.

Six days later, I got an email with my negative test result.

Unfortunately, with more people being tested in the state, many labs are swamped, and it is taking longer to get results back. There is evidence that the virus is being spread because people are refusing to quarantine and are spreading the infection while waiting for their result. So it is very important to stay away from people if you do have symptoms and while you are waiting for your results.